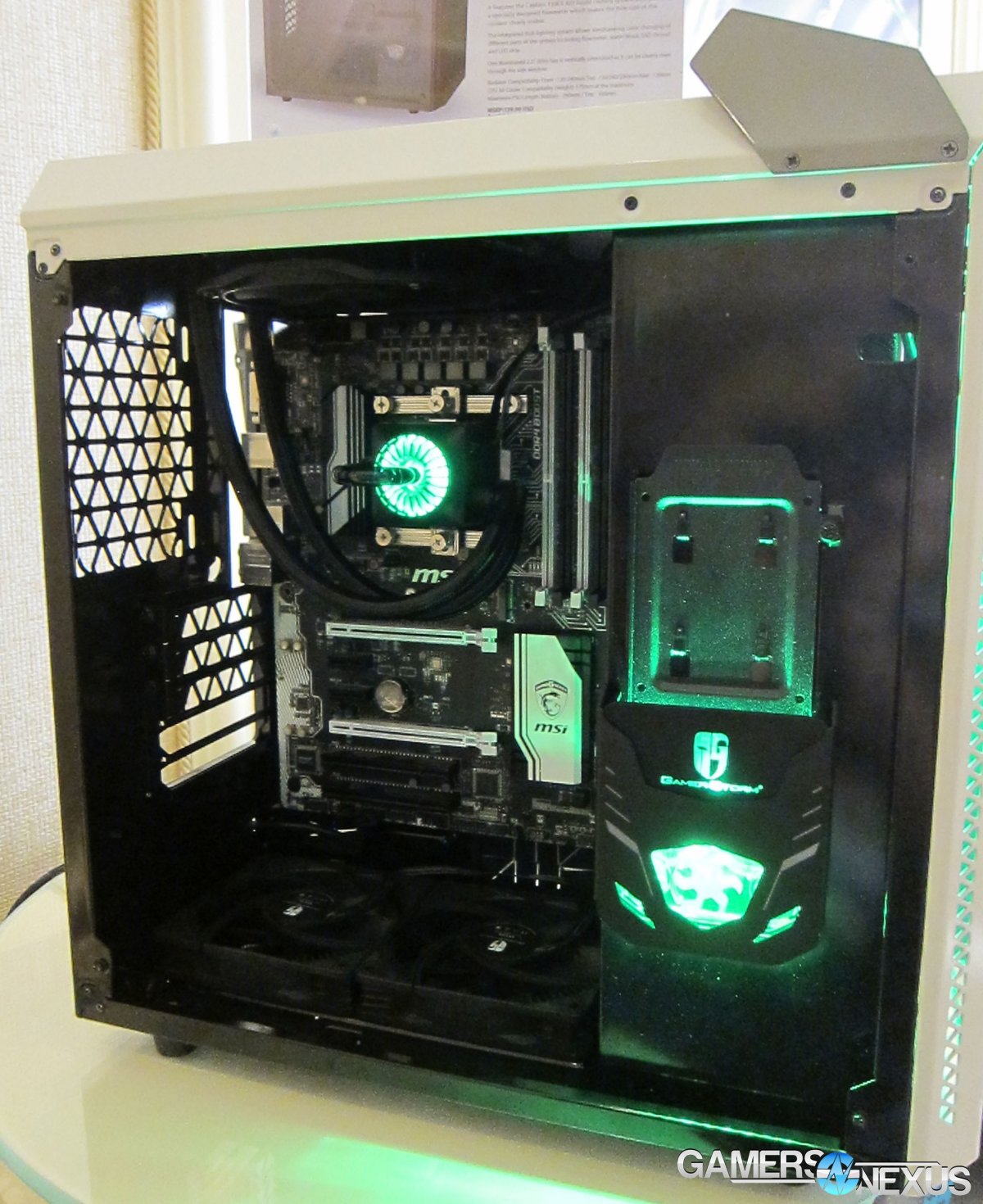 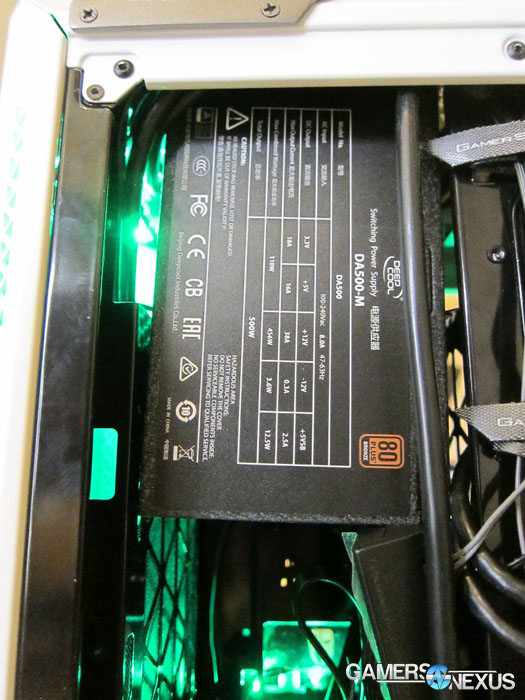 The mid-tower offering from Deepcool at this year’s show is the BaronKase Liquid. The chassis is best outfitted with a micro-ATX motherboard, but will support a full ATX board. The case itself is a small, steel case with a removable carry handle, RGB lighting, and a tinted, acrylic (or polycarbonate) side panel. Deepcool’s mid-tower ships with a 120mm CLC solution and has some interesting component placement options.

The BaronKase on display had the PSU vertically mounted in the top-front of the case, definitely a break from the ordinary. This positions the PSU intake toward the front panel (breathes in), with the exhaust sent down the bottom of the front drive corridor. SSD mounts on both sides of the case allow for some more convenience and discretion, or a more vibrant display of storage if mounted in the main compartment. From a usability standpoint, both side panels and the front are easily removable, and it has a set of magnetic dust filters. The BaronKase should be available in April 2017 for $130 USD. 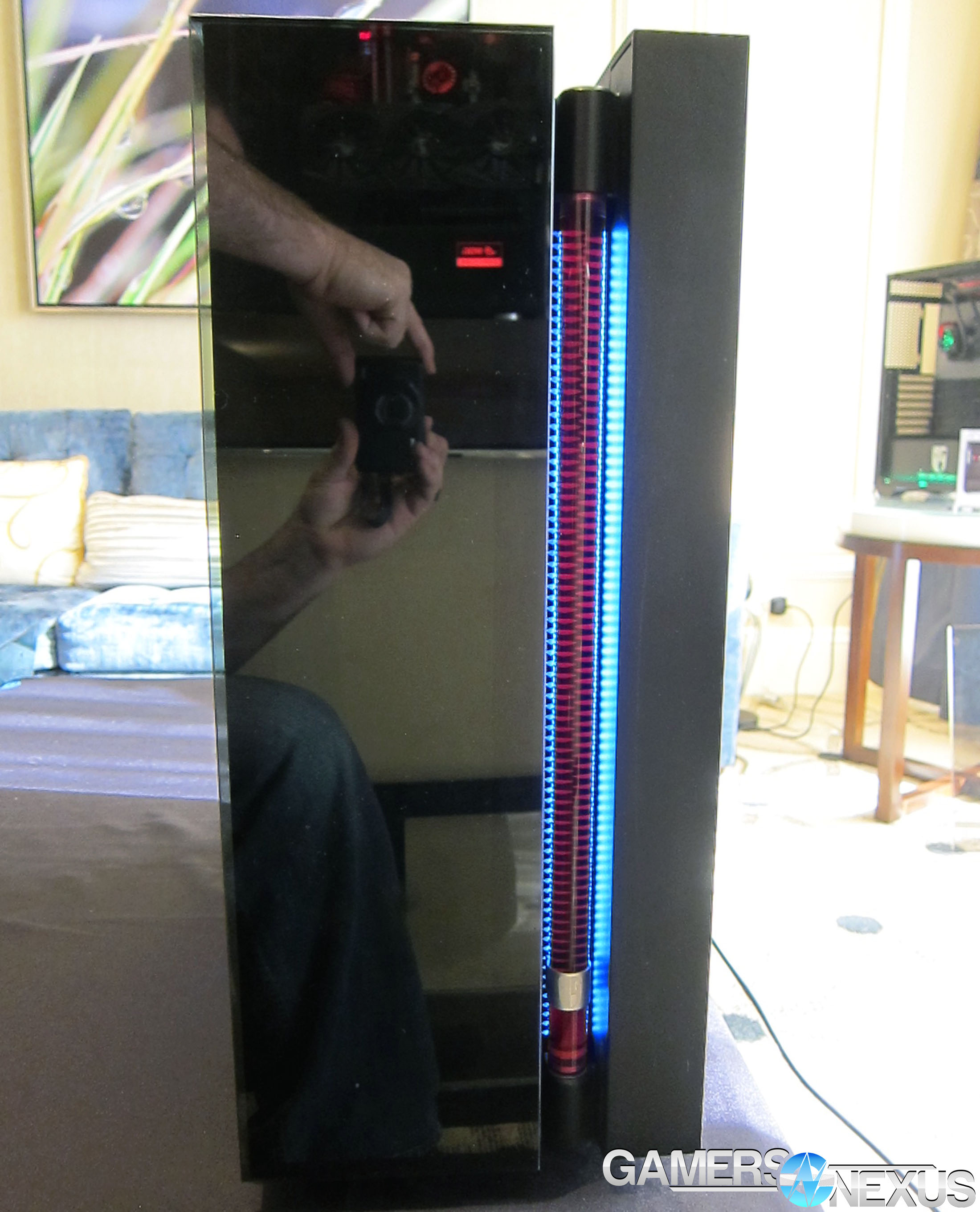 Two full-tower offerings were also on display, the EarlKase Liquid and the New Ark 90. Like the BaronKase, the EarlKase has a tinted, acrylic side panel, a magnetic dust filter, and RGB lighting. Uniquely, it comes with a 140mm CLC, an interesting 45 degree angle interior, and a bottom drive tray that can slide forward and backward to create room for a front radiator. It will also show up in April, 2017 for $150 USD. The New Ark 90 is a much larger E-ATX offering with a TBD price. It’s expected to ship around May of 2017. The New Ark has a built-in 280mm CLC, tempered glass side, top, and front, and an intriguing ventilation system on the non-glass side panel. It comes with a PCIe ribbon cable extender for vertical GPU mounting, RGB lighting, and 3 140mm fans. 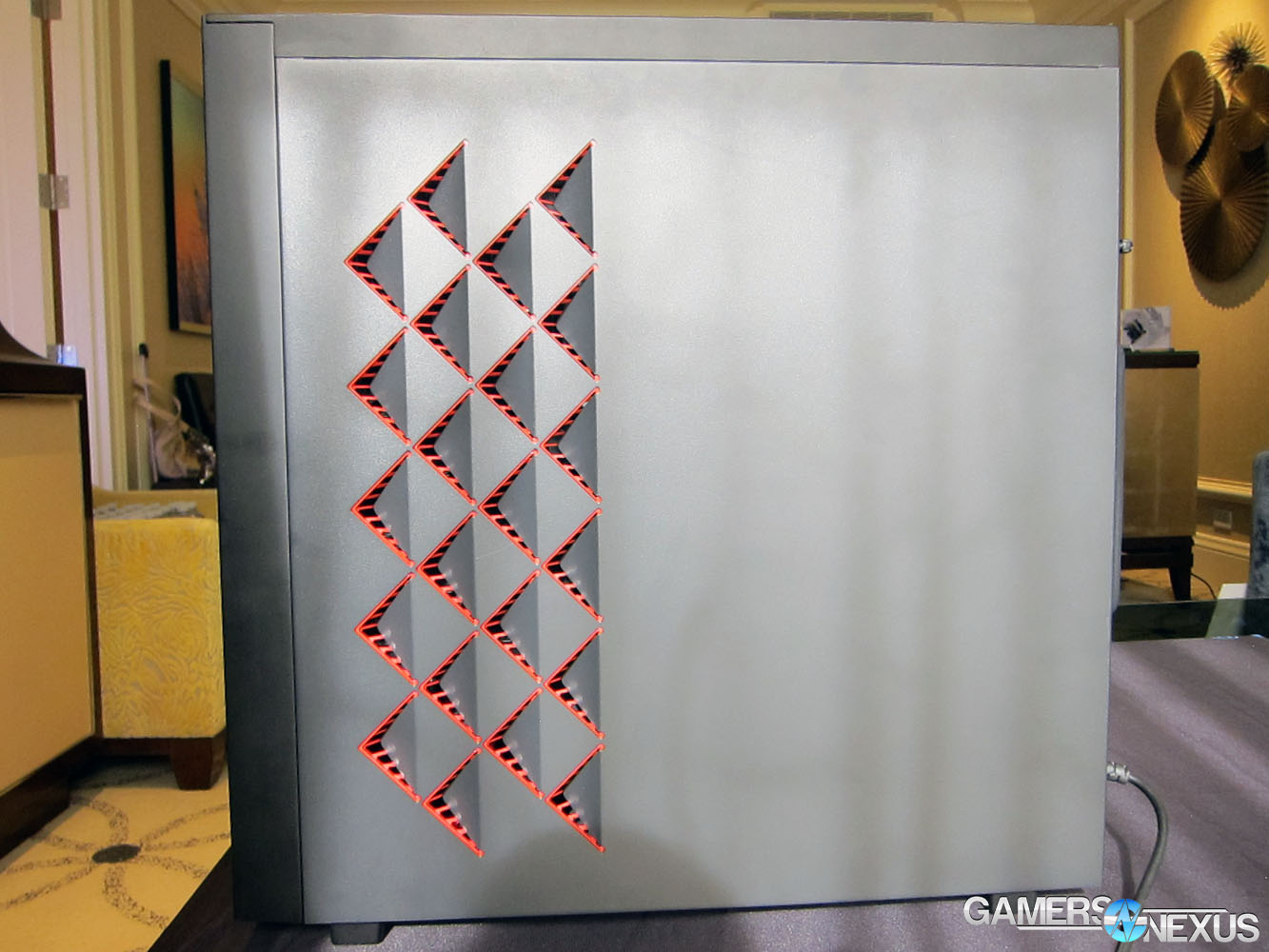 Some readers may remember a TriForce-shaped case at the CyberPower suite last year. That case was eventually built by Deepcool and called the TriStellar. For 2017, Deepcool has revisited the compartmentalization idea with the Quad Stellar. The Quad Stellar looks like a sci-fi space craft and, more importantly, it appears to be well-conceived in terms of functionality and build quality. Regarding thermals, there will be temperature sensors that cause the tempered glass panels on the front to open and close automatically for ventilation. Two of the compartments house the power supply and drives while the other two leave space for an ATX motherboards and 3 way SLI. 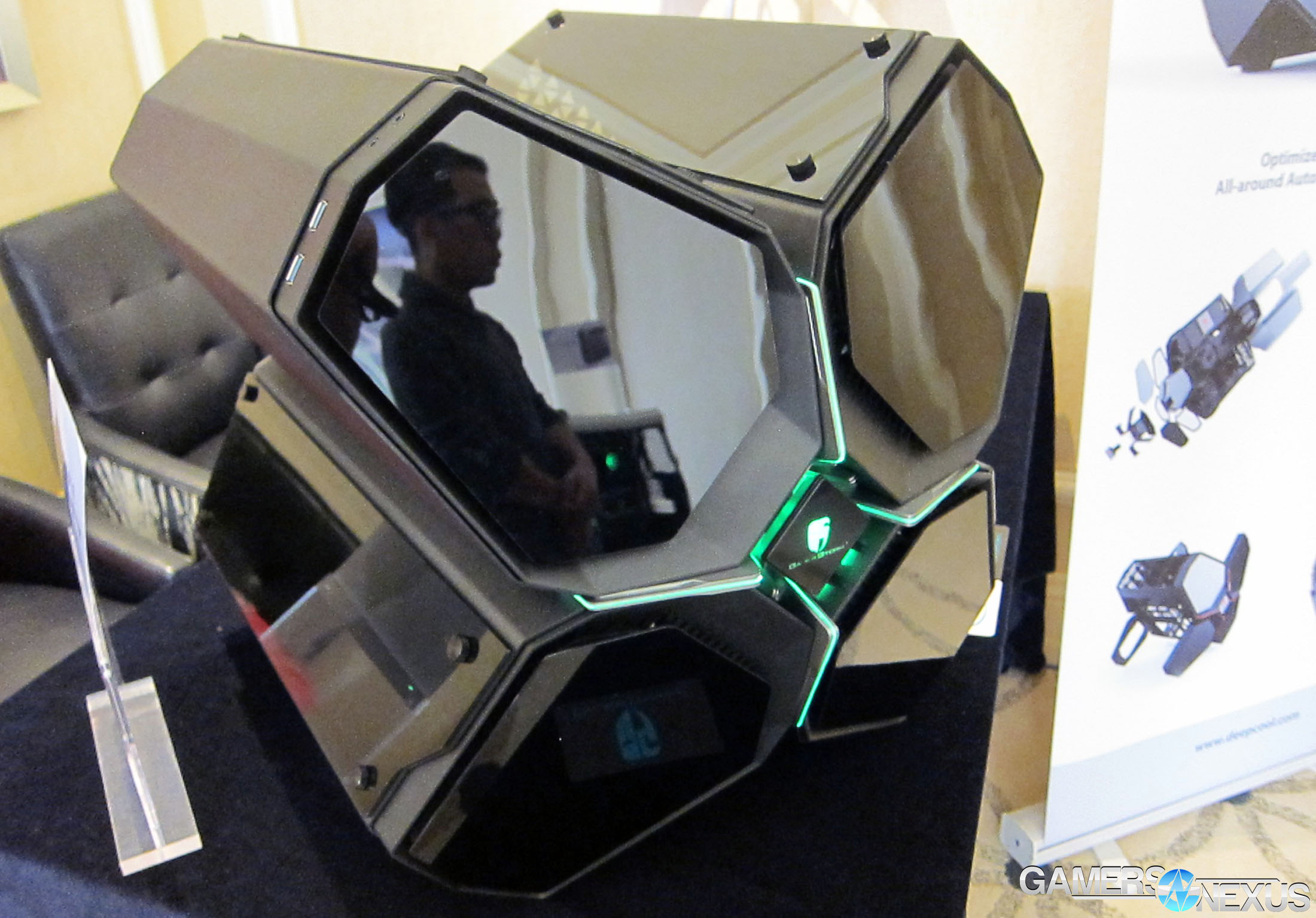 We’re hoping to review at least one of these cases at a later date, following CES, as they’re certainly unique concepts with some potential challenges and upsides.