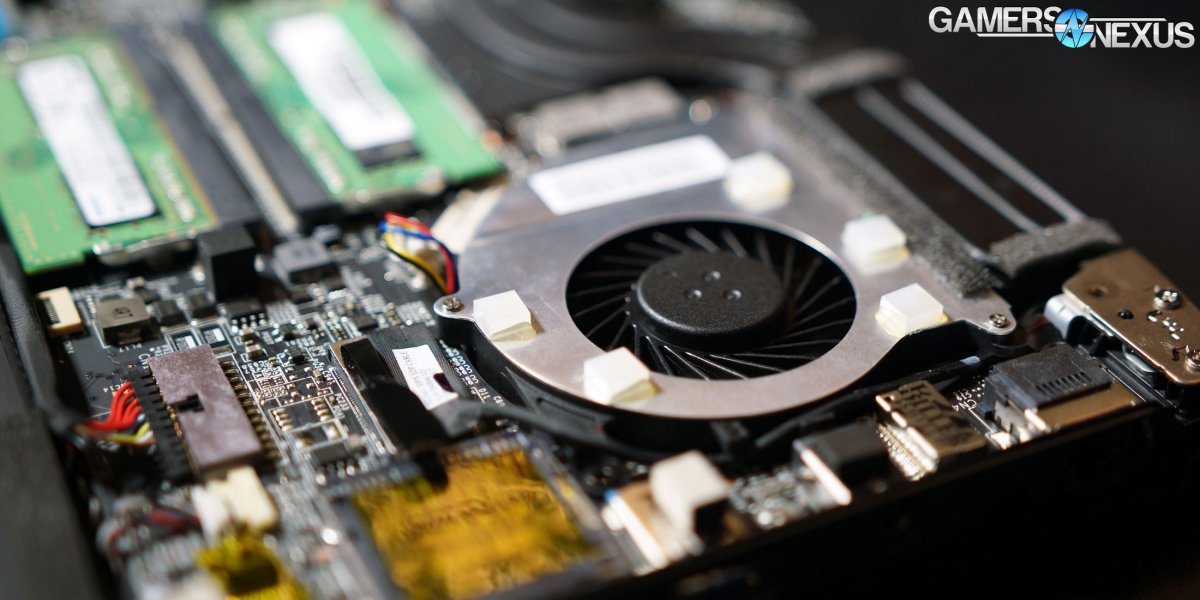 MSI’s new-ish GS43 Phantom Pro laptop made an appearance at PAX East this weekend, where we’re presently RNG-ing some tear-downs and live benchmark demonstrations. Our first content piece discussed keyboard input latency testing, and our second piece – this one – will open up the Phantom Pro for a closer look.

As a quick side note, MSI does have “new” camo finish GTX 1060s, Z270 motherboards, and GE62 laptops. We show those briefly in the video, though it’s really not a focal point for today.

The Phantom Pro is trivial to get into, unlike some laptops we’ve worked with previously. This one consists of just eight screws in the underside (one is hidden under a “warranty void if removed” sticker, which should absolutely not exist), the removal of which facilitates separation of the cover panel from the entirety of the internals. We don’t have to get underneath the keyboard to reveal access to core components. The CPU, GPU, and cooling system are all right there, with access to two RAM slots, an M.2 slot (NVMe SSD in the show model), and a 2.5” slot. For this layout, we praise MSI; making it easier to get access to commonly upgraded components is an excellent move, and one we fully support. Unfortunately, the “warranty void” sticker kind of kills any momentum that MSI gains on the self-repair front, but we’re hoping the company will eventually realize why these stickers aren’t helping anyone. 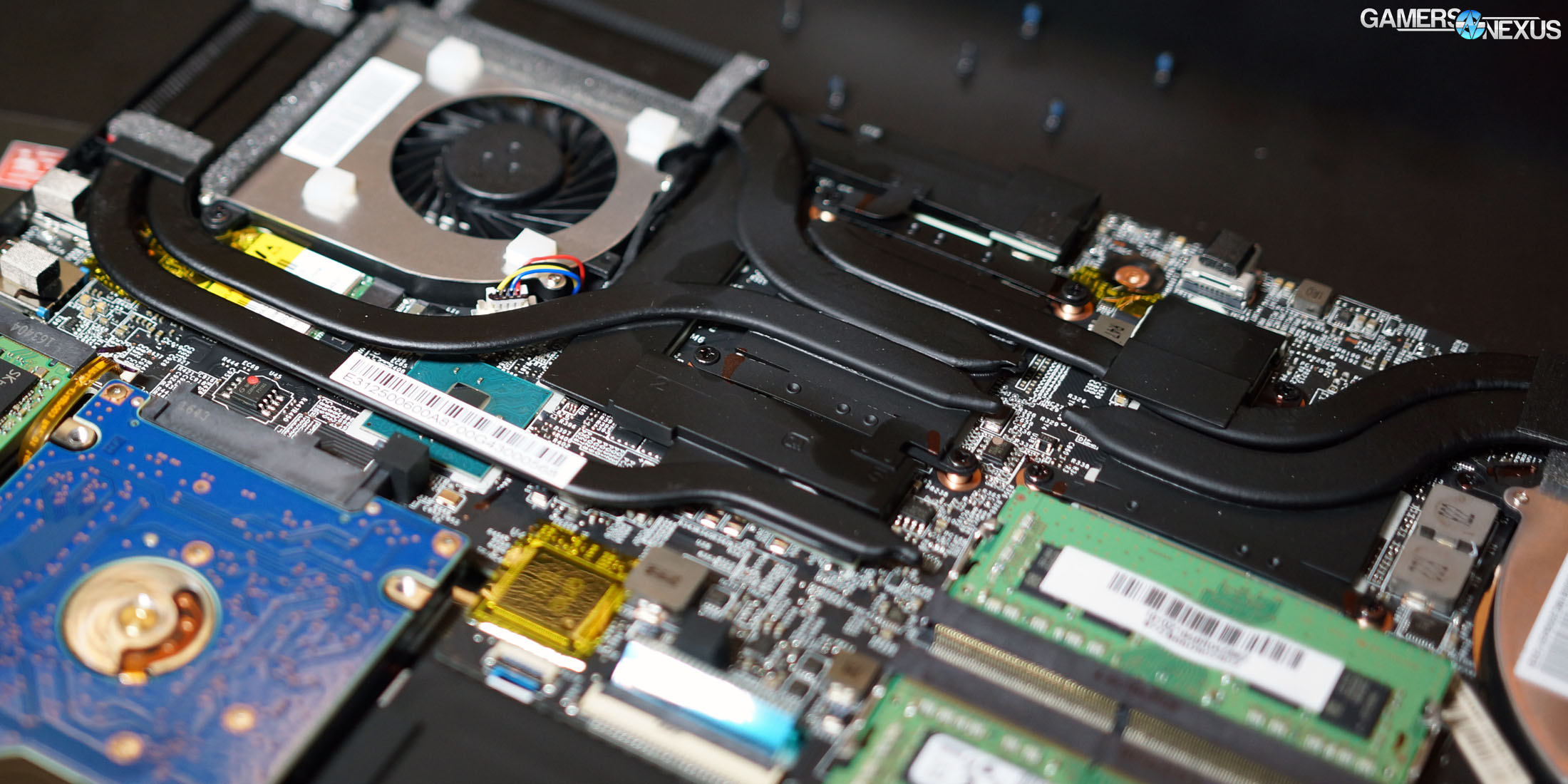 The “exclusive cooling boost 3” system consists of five heatpipes. We didn’t have digital calipers with us, but it looks like the heatpipes are 2x 10mm and 3x 6mm in size (the 10s may be 8s – was just eyeballing). These are routed to cover the CPU and GPU, with one radial fan on either end of the system for dissipating heat. There’s not much of a fin stack here, unfortunately: Two small sets of fins near the rear exhaust soak some of the heat, but the fans are doing a disproportionate amount of work here. As for intake, it’s the bottom of the laptop.

The rest of the unit is fairly standard, but we do like that everything is exposed through the underside – no further effort required. That’s hopefully going to become more common with these small form factor laptops.

Video above for the full booth coverage.