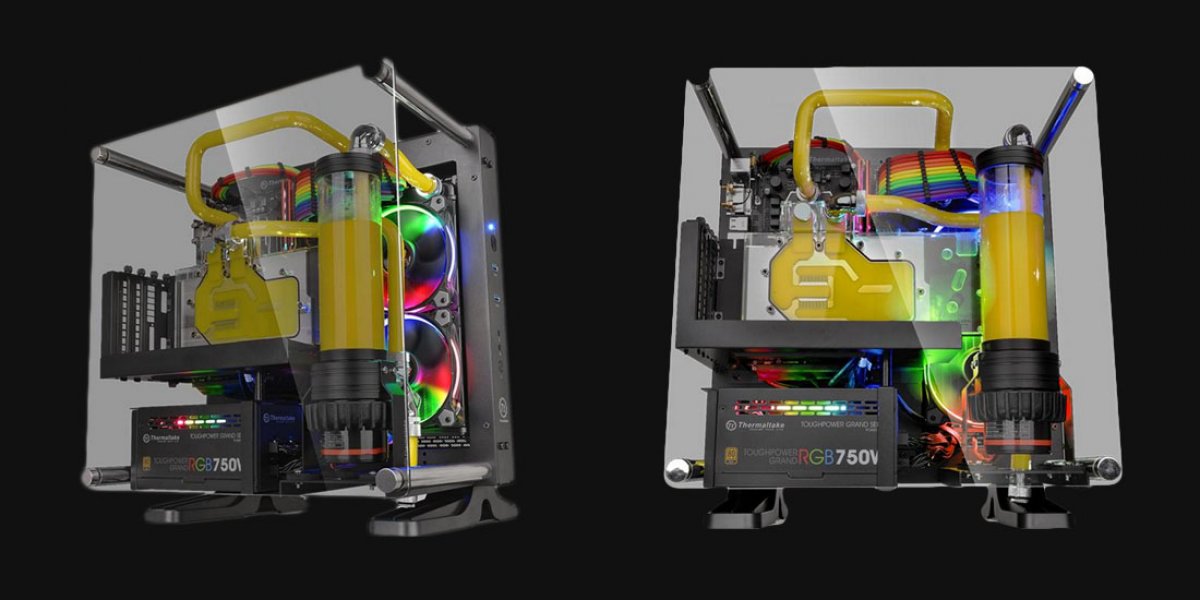 The Core P1 features a 5mm tinted tempered glass side panel, radiator support from 120mm up to 240mm, and the ability to vertically mount a graphics card via a flexible PCIe riser card. This mounting positions the video card’s faceplate in a way that puts it on display, following the trend of other Core series cases. The Core P1 is made for builders looking to configure a custom loop in a Mini-ITX form factor, but with some more showcase potential. The Core P1 is positionable in either a wall-mount, horizontal, or vertical orientation, potentially serving as an ad-hoc test bench. Front I/O on the Core P1 is minimal with 2x USB 3.0 ports and audio and microphone jacks. The Core P1 will be joining the larger Core P3 and even larger still Core P5 in Thermaltake’s P series of cases.