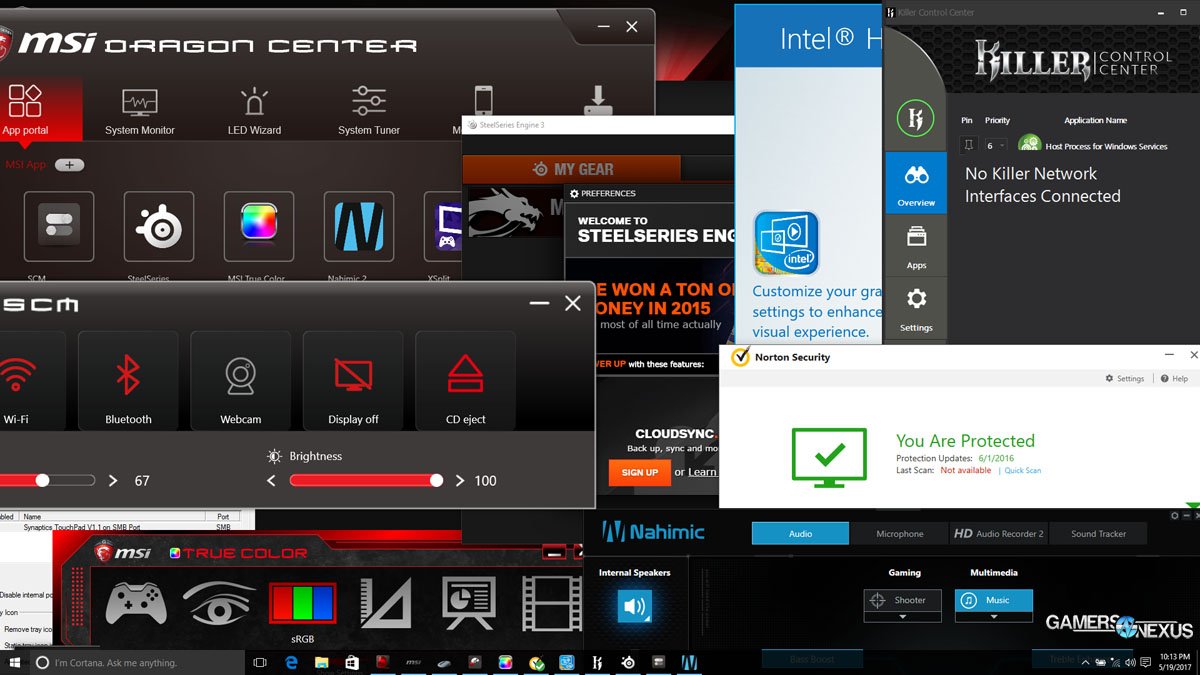 As we discussed in our initial bloatware coverage (or, at least, initial for this year), there are marketing development funds (MDF) in place for all this software: Companies receive money or favors for pre-installing software and shipping to millions of users, which helps increase margins across a large install base. This doesn’t mean the savings are passed on to the user – although that’d be nice – and ultimately slows down the experience. Eventually, bloatware becomes so abundant that companies lose sight of the initial goal: Create a product that’s better than the competition and provide a good experience. The “everyone does it” excuse we originally received showed that MSI acknowledged the problem, and even was content to settle with mediocrity. Thanks to the response of our viewers and readers, though, MSI is trying to improve. It’s not a perfect solution, but it is a good start. Many companies would remain silent and wait for the media to pass.

Anyway, the potential hit to reputation eventually outweighs the MDF, and that’s when things need to change. It’s a tough balance, and being that MSI is already locked into those contracts, the company can’t exactly respond with a lot of mobility. Speculating here, we can reasonably assume that an uninstaller permits MSI to still collect and close on their contracts, but provide an easier way for users to clean up the computer (and even hand-select applications). What we don’t know, though, is if MSI plans to change this into an opt-in program once those contracts expire, and that’s what we think users should be fighting for. Or, maybe, an option to purchase the laptops without software.

We also don’t know if all the software will be available in the check boxes, so it’s important that we (as a community) remember this once the tool ships. If some tools can’t be uninstalled, there’s a problem.

That said, we’re impressed with MSI’s willingness to publicly respond. It took some convincing on our part, but we ultimately worked with MSI to help the company understand the benefit of an immediate, public response. This also addresses some of the mindless, nearly idiotic “fight, fight!” mentality of consumers, showing that a media outlet is still capable of being critical without completely severing contact to a company. MSI is showing competence here. We have worked with MSI for several years now and have worked with Chun for approximately 6 years, so there’s history and known good intentions by both parties. It’s just a matter of keeping that perspective once something deserves criticism. Too much of the tech media is afraid to speak out, we think, and that’s harmful to the community – companies begin to forget what it’s like to be challenged.

MSI doesn’t fall victim to that, particularly with a strong US HQ team present to push back on Taiwan HQ when valid criticism arises.

Our thanks to MSI for joining us to discuss this subject.