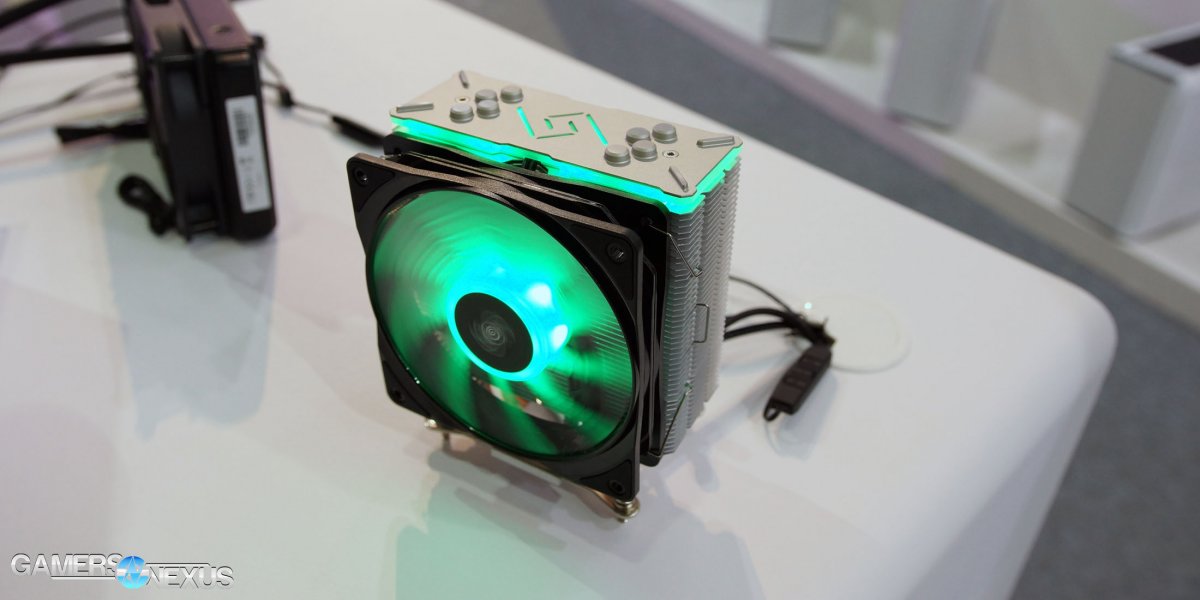 The Earlkase RGB is a mid-tower chassis that offers integrated LED lighting. The case will ship with 1x LED strip, and can be expanded with additional strips. Moreover, the Earlkase offers two additional internal RGB headers, as well as having a button on the front panel to control the LED lighting. Similar to NZXT’s S340 Elite, the Earlkase RGB offers a PSU shroud sitting behind a tempered glass panel to occlude the PSU and associated cable management, and has 2x 2.5” SSD bays atop the shroud.

Liquid cooling support is fairly robust for the Earlkase RGB; 280mm radiators can be mounted in the top of the chassis, while 360 or 240mm radiators can be installed at the front. There are pre-fabricated mounting holes in the bottom of the case to accommodate components such as pumps and reservoirs—not groundbreaking, but certainly a nice feature for an $80 case.

The Earlkase RGB ships in July for $80. 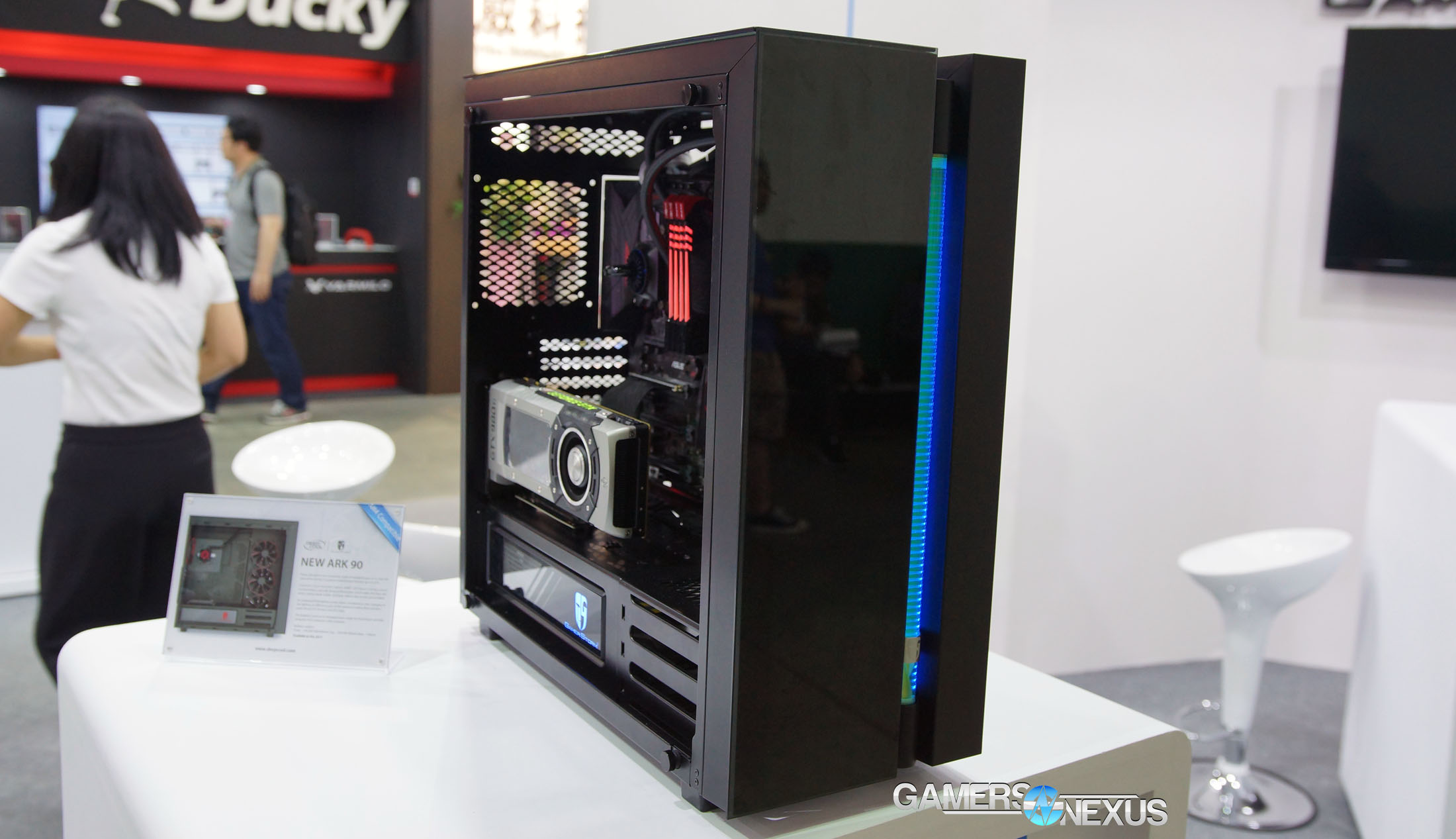 The Baronkase liquid is a micro-ATX counterpart to the Dukase; this chassis will ship with Deepcool’s Captain 120EX (120mm) AIO cooler, and also has an integrated flow meter. The Baronkase also features integrated LED lighting that extends across the flow meter, the CPU/pump block of the AIO cooler, the SSD bay, and an included LED strip. The 2.5” SSD bay is also mounted in a vertical orientation directly behind the tempered glass side panel. Radiator support is 240mm at the front, 280mm at the top, and 120mm at the rear. The Baronkase can house CPU tower-style coolers up to 175mm. The Baronkase Liquid will be available in July for $130. 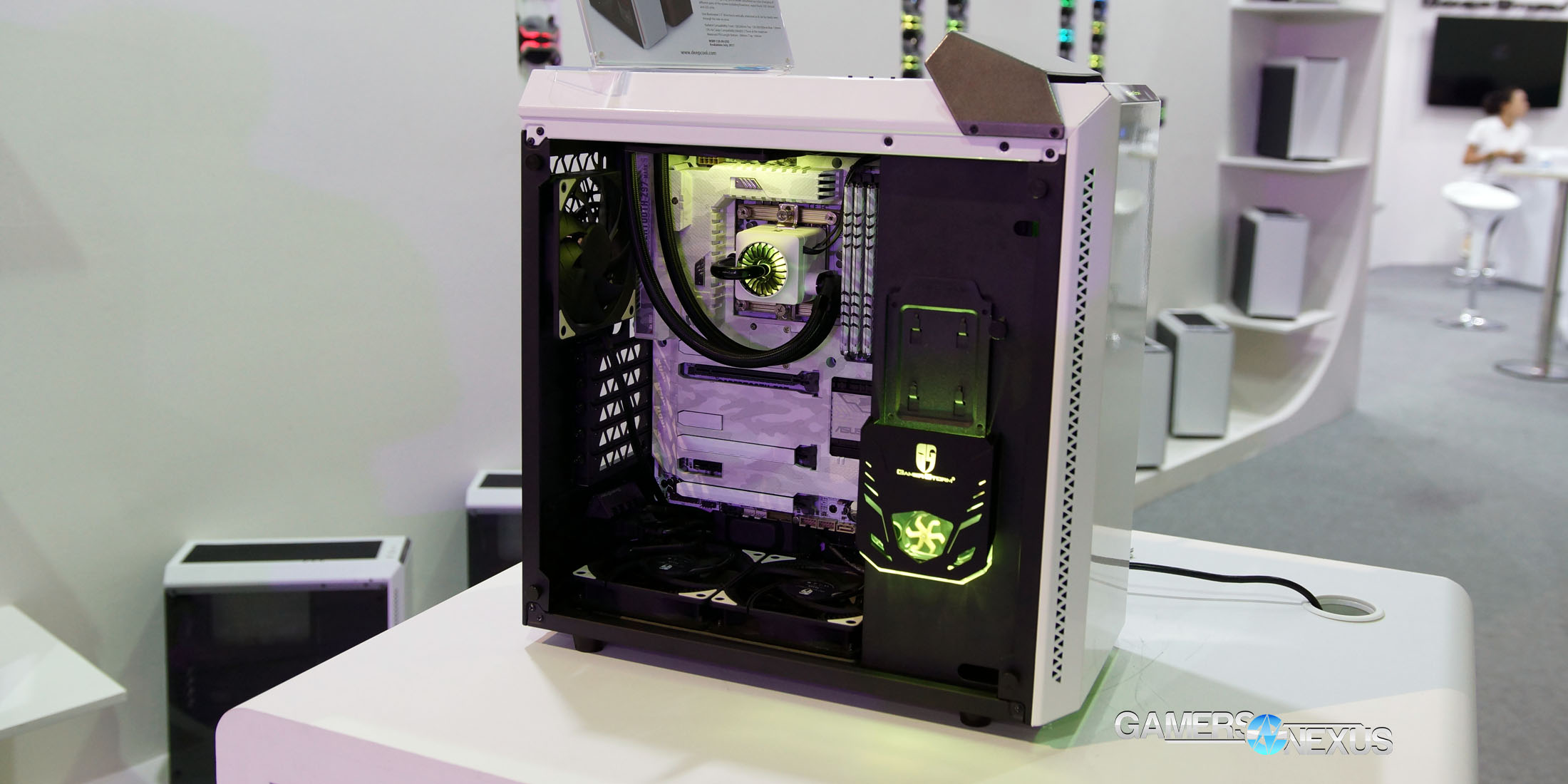 Deepcool also unveiled their Gammax GT RGB tower-style CPU cooler. As the name implies, the new cooler will offer RGB lighting in both the form of one RGB fan, and integrated LEDs in the aluminum top plate.