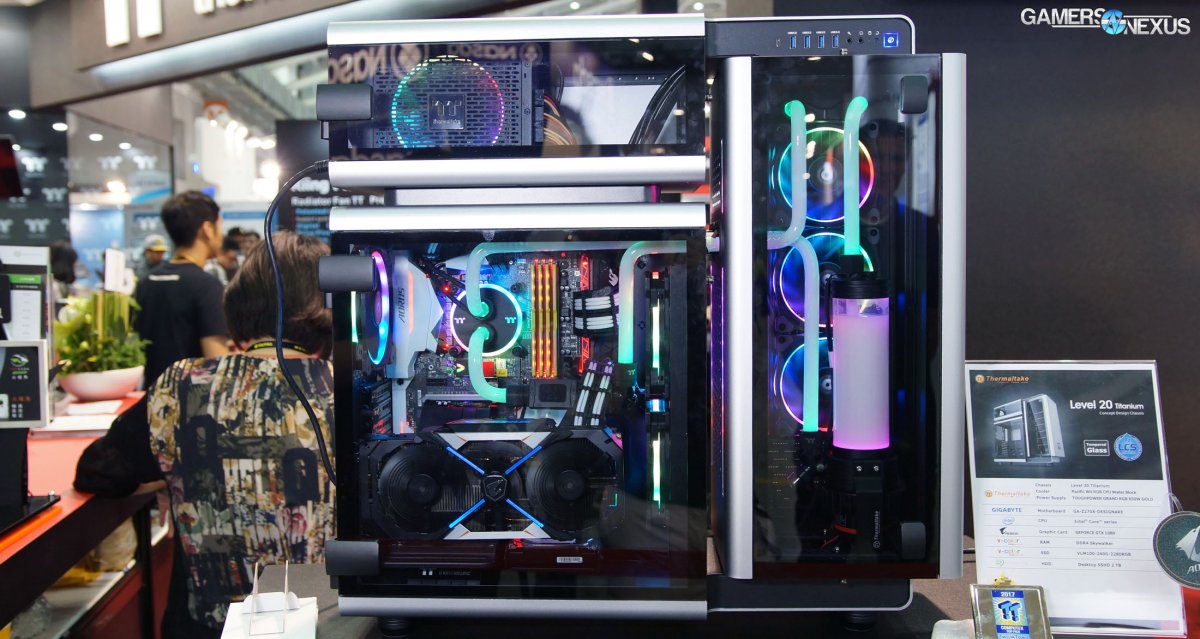 The Level 20 prototype case was on display and aims to commemorate the 20-year anniversary for Thermaltake, similar to the Level 10 case which was also a commemorative piece. Let us preface this article by saying the Level 20 is still in development and the final product is subject to change, and likely will before its late 2018 launch. The Level 20 is and will be a very expensive case; tooling costs alone are estimated to be around $500,000, which is cheaper, but still comparative to the Corsair Slate we looked at earlier on at Computex. If you are unfamiliar with tooling and how cases are made, check out our video from earlier last year that discusses this specific topic. Just to produce the single demo case that was on display cost Thermaltake around $7000, as the prototype was made for initial demo and showcase.

The Level 20’s estimated costs are easy to spot in the form of the three separate 5mm tempered glass panels that are on swivel hinges for easier access, and costs are also shown in the 5mm thick aluminum side panels. As discussed in the video, adding aluminum to a chassis is one of the most expensive things a company can do, but it does theoretically help dampen low frequency noises. The 20th anniversary for Thermaltake is still two years away, but they plan to release the Level 20 sometime next year. Pricing and exact availability are unknown at this time. 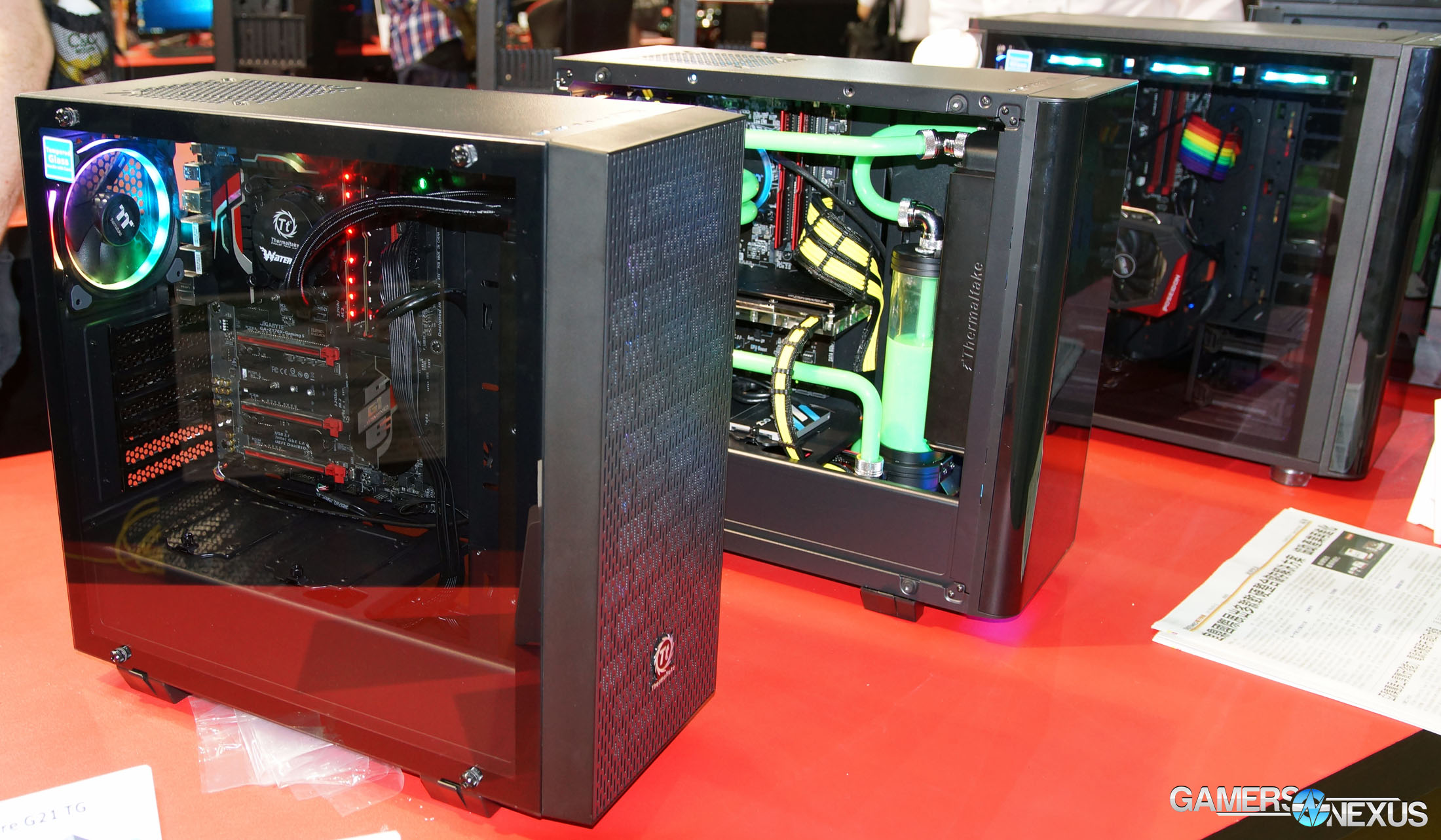 For more affordable options, we took a look at Thermaltake’s upcoming Core G21-TG  and View 21-TG (the TG meaning “Tempered Glass”), a trend that seems to have made its way down to the less expensive cases. The Core G21 and View 21 use the exact same tooling, however the front panel is the main difference between the two. The Core G21 uses a steel mesh front panel, whereas the View 21 uses a curved acrylic front panel with open mesh on the right side. The tempered glass is found on both the left and right side panels, and measures around 4mm thick. Both the Core G21 and View 21 will ship with a single 120mm fan -- no RGB, but that is to be expected at the expected $70 price point. Thermaltake has said either a late Q3 or early Q4 launch for both cases.

The Level 20, the Core G21-TG, and the View 21-TG were some of the more compelling cases at this year’s Computex. Be sure to check the channel as well as the site for our prior Computex 2017 coverage.