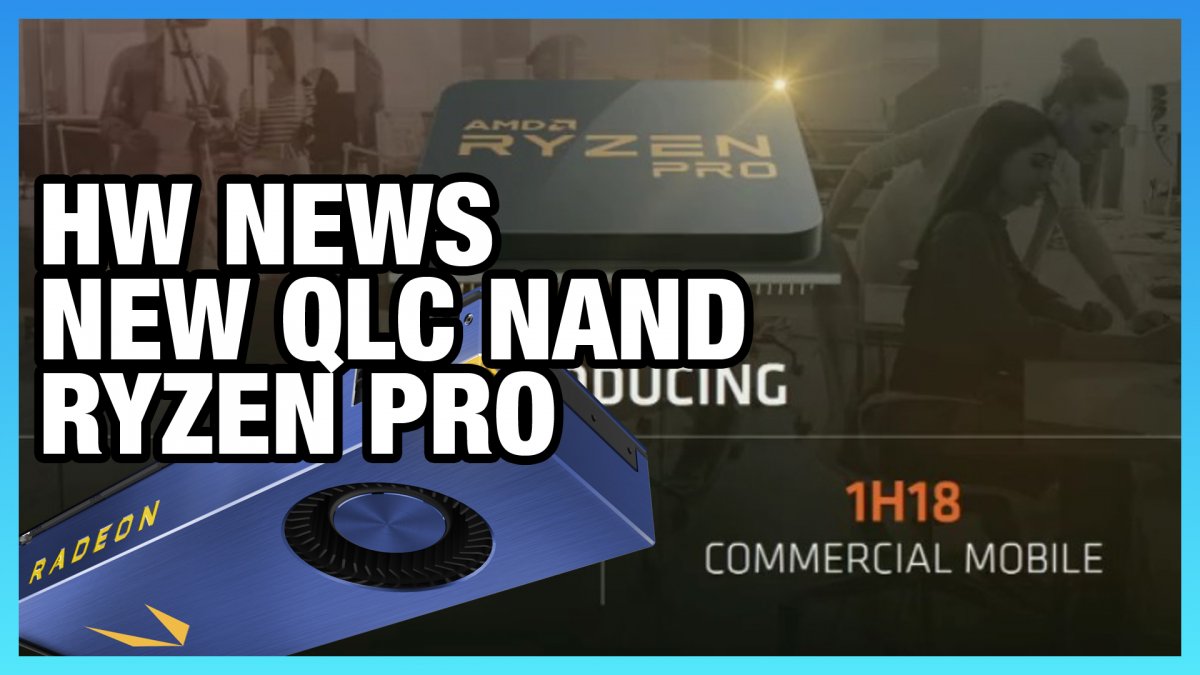 Longstanding media storage brand Lexar is set to be dissolved by parent company Micron, barring any interesting in a sell off, which Micron has stated they are considering. Lexar was spun off from Cirrus Logic in 1996 and subsequently acquired by Micron in 2006. The discontinuation of Lexar is part of Micron’s strategy to increase “opportunities in higher value markets and channels.” – or said another way, focus on products with higher profit margins.

Micron has vowed to support existing Lexar customers during the transition.

Toshiba has announced they have started to produce quad-level cell (QLC) 3D-NAND chips. These new chips are capable of holding 4 bits per cell, and increase the charge level to 16, double that of 3-bit per cell TLC. Many news outlets are touting this as the forthcoming alternative to TLC for desktop use, but it’s too early for such conjecture. QLC has some stark contrasts from TLC, such as the limited amount of PE cycles, which are estimated to be between 100 – 150. Moreover, QLC will require an advanced controller, monitoring, and error correction. Initially, Toshiba’s QLC will focus on WORM (Write Once, Read Many) tasks. The new flash dies hold 768 Gbits (96GB) in a 64-layer stack; so, a 16-die stack could offer 1.5TB of storage. Toshiba has revealed plans for QLC SSDs offering 100TB of data capacity.

Aside from the increased density, there’s no word on endurance or performance. For the time being, it seems the new flash will be aimed at datacenter and enterprise applications. Toshiba plans to present more information at the Flash Memory Summit 2017 in August.

Western Digital alongside Toshiba—as part of their joint venture—announced BiCS4 NAND chips using 96 layers. Western Digital’s new NAND will include several configurations, capacities, and will use TLC and QLC architectures. Presently, 96-layers is the largest layer count in the industry, and WD plans to offer components that are both TLC and QLC based, with capacities ranging from 256GB – 1TB. As previously stated, it’s reasonable to expect the QLC configurations will be suited for datacenter/enterprise applications.

WD plans to sample select 96-layer, BiCS4 dies by the second half of this year, with mass production slated for 2018. Like Toshiba, Western Digital plans to offer more information at Flash Memory Summit 2017, this August.

AMD is introducing their Ryzen PRO line for business and commercial PCs. This new stratum of Ryzen will offer 6 SKUs made up of R7, R5, and R3, with various frequencies and levels of performance. The offerings behind the “PRO” moniker are advanced security technology, enterprise level manageability and reliability, extended warranty, and increased silicon quality.

Ryzen PRO is expected to roll out this Fall. As an interesting aside, HP has already announced that they will use Ryzen PRO for their next generation of EliteDesk systems, serving business/office workloads.

Intel has become the first to market with a 64-layer, TLC 3D-NAND product: the Intel 545s. The 545s uses a floating gate architecture, aimed at improving areal density and scalability. The Intel 545s will use the Silicon Motion SM2259 controller, and will be available in the 2.5” form factor (SATA). However, a M.2 variant is expected. The Intel 545s will launch in a 512GB capacity for $180. The drive will come with a 5-year warranty.