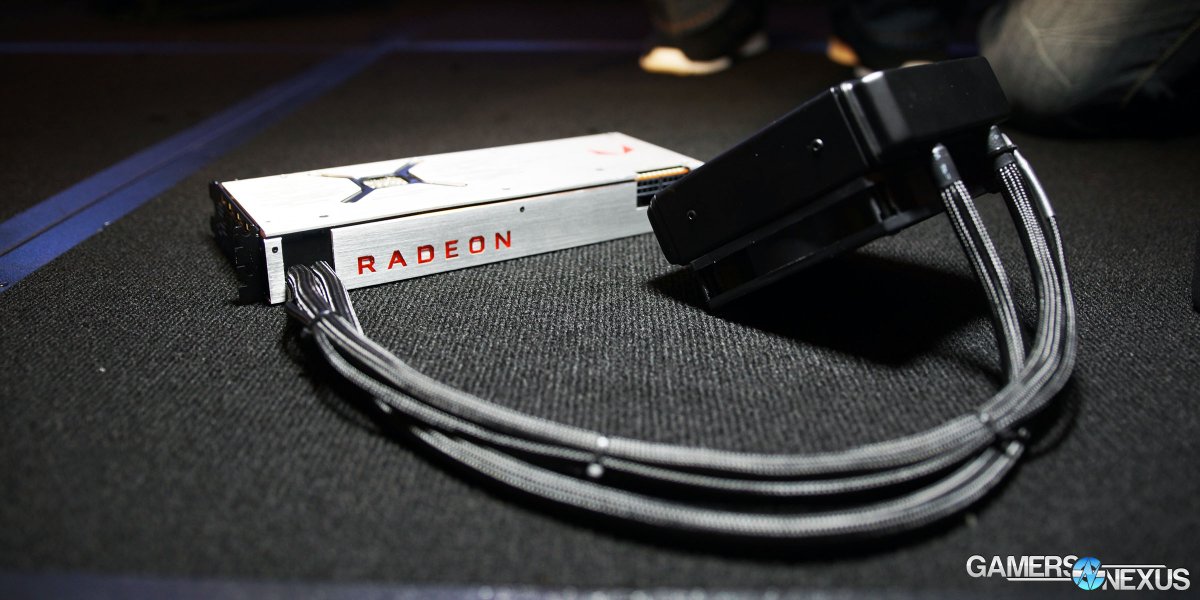 EagleTree Capital and their partners reached an agreement last week with Corsair to purchase a majority stake in the company from previous investor Francisco Partners and several other minority shareholders. Andy Paul, founder and CEO, and other management will remain at the head of the company. This transaction echoes Razer’s plans to go public and raise over $600 million in a bid to aggressively expand growth and opportunities.

Last week, AMD announced their second quarter fiscal results, and the numbers are hopeful. AMD’s revenue was up 19% year-over-year, albeit net income suffered a loss of $16 million, but this is far improved from last quarter, where AMD saw a loss of $73 million. For Q3, AMD is expecting a 23% increase compared to this quarter, which should help their bottom line. Owing to the success of Ryzen, AMD is creeping back towards being profitable. Q3 should show the impact of Threadripper, EPYC, and RX Vega, which round out AMD’s assail on all market segments, including their SoC business which will be bolstered by the forthcoming launch of Microsoft’s Xbox One X.

The Biggest Chip Maker for Q2 2017 is Samsung

For the first time in more than 20 years, Intel has been dethroned as the leading chipmaker. Samsung surpassed Intel with quarterly earnings of $15.8 billion, against Intel’s $14.8 billion. The shot in the arm to Samsung’s coffers is largely due to the insatiable demand for NAND and DRAM—both of which are suffering from global supply constraints, which only serves to drive up prices. It seems likely that Intel will trail Samsung for the remainder of the year.

Phanteks has pulled the curtain on prices and availability for the pair of cases they showcased at Computex earlier this year. Both chassis are tall and svelte, and built with aluminum and tempered glass. The Evolv Shift and the Evolv Shift X will be available in August for $110 and $160, respectively.

Last week Silverstone announced their latest SFF case, the RVZ03, which resembles something akin to a console. Loosely based on the previous RVZ01, the new chassis updates the styling and includes RGB lighting. The RVZ03 supports Mini-DTX/ITX motherboards, an ATX PSU, 3x 120mm fans, 2x expansion slots, 4x 2.5” SSD/HDD bays, and GPUs up to 330mm in length. The RVZ03 is already being offered in Europe; US prices/availability are not currently available.

Toshiba’s new OCZ TR200 entry level SSD will be the company’s first to be BiCS Flash based. The new SSD will replace the previous TR150, and will come in three capacities between 240GB and 960GB. The drives will come with a 3-year warranty, offer endurance up to 240 TBW, operate via the SATA 6Gbit/s interface, and is Toshiba’s first SSD to use 3D TLC. According to Toshiba, the TR200 series will be aimed at entry level system builders and first-time upgrades from HDDs. Availability is expected this Fall; no word on pricing.

AMD has announced the availability of their Wraith Max cooler via retail outlets. Previously, the Wraith Max was only available through a bundle with the R7 1800X and 1700X. The cooler is compatible with AM4, AM3+, and FM2 motherboards. The RGB ring can be configured through any of the popular motherboard vendors’ proprietary software, e.g., Asus’ Aura, MSI’s Mystic Light, etc. Additionally, AMD offers a free download of their RGB lighting control software, which is powered by Cooler Master. The cooler will carry a $59 price tag.

Both Razer and Roccat are readying new high-end gaming headsets. Razer’s Tiamat 7.1 V2 is a wired headset, claiming to offer discrete 7.1 surround, as opposed to virtual surround. The headset does so by way of five drivers per cup, totaling ten drivers for the headset. Aside from sound, the headset features RGB LEDs that can sync with other Razer Chroma peripherals. The Razer Tiamat 7.1 V2 will sell for $200, and is available now.

Meanwhile, Roccat is preparing what they claim is the first gaming headset to receive hi-res audio certification. The Roccat Khan Pro will offer frequency ranges between 20Hz and 40kHz, 50mm drivers, and a mic that can pick up frequencies from 100Hz to 10kHz. The Khan Pro will be available for $100 in October.