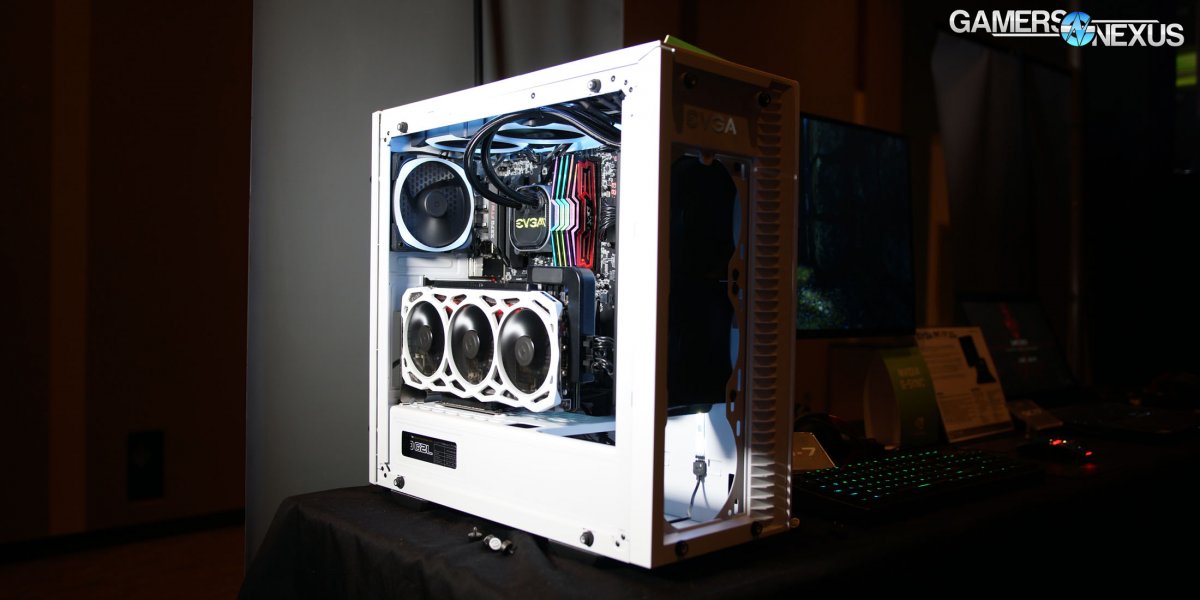 Not shown on the demo model, EVGA also plans to include an RGB LED “EVGA” nameplate on the present PSU shroud “window,” alongside an EVGA RGB nameplate in the front panel, diffused through the glass. Front intake is limited to the right of the front panel, and is the only immediate weak point we can spot in the case. The look and feature set are competitive but, like an increasing number of cases on the market, front ventilation is choked by a smooth panel and no bottom draft potential. If it’s any consolation, EVGA has about 0.25-0.5mm of breathing space all around the front glass panel (which separates), providing some marginal breathing room. 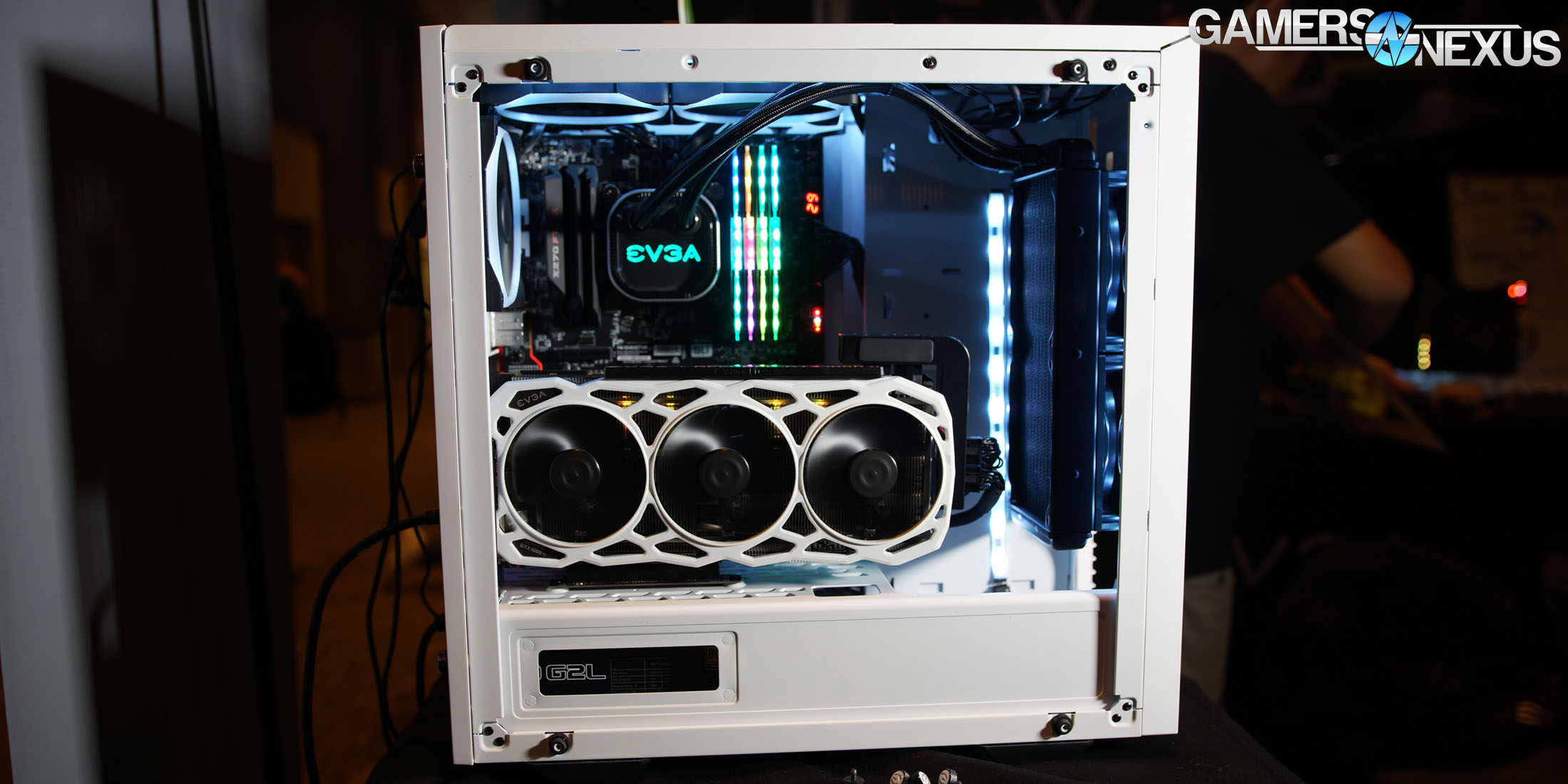 EVGA will sell a few main models of the DG-7 series: DG-73, DG-75, DG-76, and DG-77, in ascending order of price. The DG-77 will be the ‘flagship’ of this mid-tower option, outfitted with additional tempered glass panels, fans, and RGB LEDs. The DG-77 will also include a PCIe riser card for vertical video card orientation, not included on the other DG-7X series cases. Final pricing and release information is TBD, with November as the rough target.