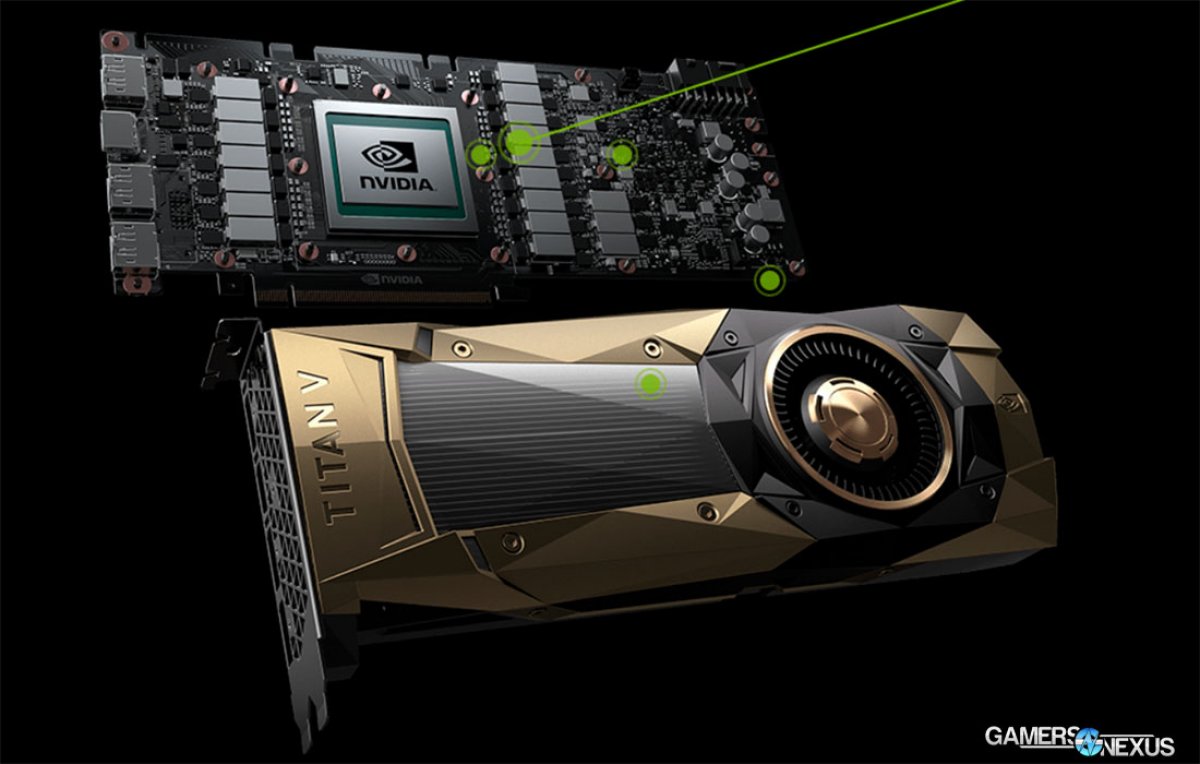 This episode of Ask GN headlines with answering the most common question we’ve seen in the past 24 hours: Should I buy now or wait for Volta? That’ll start us off for this episode, followed by clarification of VRM quality, a history lesson on AM4 motherboards at launch and HIS existence, and silicon death from overclocking. This episode runs about 25 minutes, with each question timestamped within the video. We also have the timestamps and questions marked below, if you’d like to see when a particular topic of interest appears.

The Volta topic, we think, is among the most interesting and common for questions right now. This seems to come around for every new architecture, and our answers are generally the same. Find out more below!

06:04 - Contradictory Statements About VRMs: Avulse – “I was wondering about some contraditions regarding VRM heatsinks. In this video: https://www.youtube.com/watch?v=IrJeVUp7ZDk&t=1s Steve says VRM's can reach 100+ Celcius no problem and dont really need heatsinks. But in this more recent buildzoid video: https://www.youtube.com/watch?v=vcqu-9Ejf60&t=304s he says "dont touch this with a 10 foot pole (18:00) becuase it has no heatsinks”

11:14 - How Long to “Saturate” Water Temperature: dyslex666 – “#askgn-questions When can you be sure that your cooling solution is enough after an overclock? Cos stress testing in Prime AVX or IBT for 60 minutes is fine. But if you have no way to see the water temperature, how can you tell when it has actual heat-saturation? At the moment, I really just rely on "I'm not gonna max the system for more than 60 minutes ever in the workloads I give it”

13:55 - Why Do You Say AM4 Had A Board Shortage: KaL – “@Gamers Nexus why is it you and some other keeps saying shortage of motherboards hurt ryzen at take off? And why is it when you go on amazon etc and check am4 motherboards and look at the date first available for purchase, some say march, some say april and some even go far back as febuary? What shortage of motherboards were there for ryzen 5/ryzen 7? There were boards available alongside the launch of both tiers. Did you mean to say the top end x370 chipset boards? What exactly are you talking about where board availability is concerned?”

16:30 - Why Does the IHS Exist: Kenneth Higley – “Question: GPU heatsinks and waterblocks are placed in direct contact with the silicon, yet CPUs use a heat spreader. Why is this, and could you potentially get better heat dissipation from a CPU without a heat spreader? Could GN test this?”

19:11 - How Does Silicon Die from Overclocking: AllTracTurbo – “Question for Ask GN: Is it possible to damage your CPU or GPU from running it slightly unstable for a prolonged time (4 or 5 years) while maintaining a safe voltage. I understand that the higher the voltage the faster your CPU will deteriorate, but what if you were running stock voltage or even lower and you clocked the chip fast enough to become slightly unstable and left it there. I don't understand the inner workings of a CPU and what physically happens to a transistor if it is sent voltage to do something, but just barely doesn't have enough voltage to do it. Would allowing this to happen billions of times over the course of years cause problems?”

22:13 - Do You Still Feel the Same About VR: Juno – “Hey GN!, I just watched your video "Why We Won't Be Day-One VR Adopters" which I found interesting. I just recently invested into an Oculus Rift ( The $350 Holiday sale was convincing to me after trying a Microsoft MR demo) and after trying it for a bit I think a lot of your criticisms from "Why We Won't Be Day-One VR Adopters" are still valid. I'm wondering if your opinion has changed any since the release of Pascal/Polaris/Vega, price reductions of VR headsets, more competition of VR headsets in the market, release of popular VR ports from Bethesda, features such as VR Asynchronous Spacewarp, Simultaneous Multi-projection and other technologies to improve performance and detail. In the future can we expect VR benchmarks of demanding titles such as Doom/Fallout VR ect, with setting changes including DSR or some other super sampling adjustments, with FCAT or something of the sort, and does FCAT work for PSVR? Lastly, with headsets coming out such as Microsoft MR having resolutions of 4.1 Mega Pixels and headsets as high as 8+ mega Pixels, do you think there's a easy to represent performance differences between headsets in terms of base resolution using Super Sampling when presenting benchmark data? Massive amount of questions so sorry, Thanks GN!”

That’s all for this week! Leave questions in the video comments for next week.