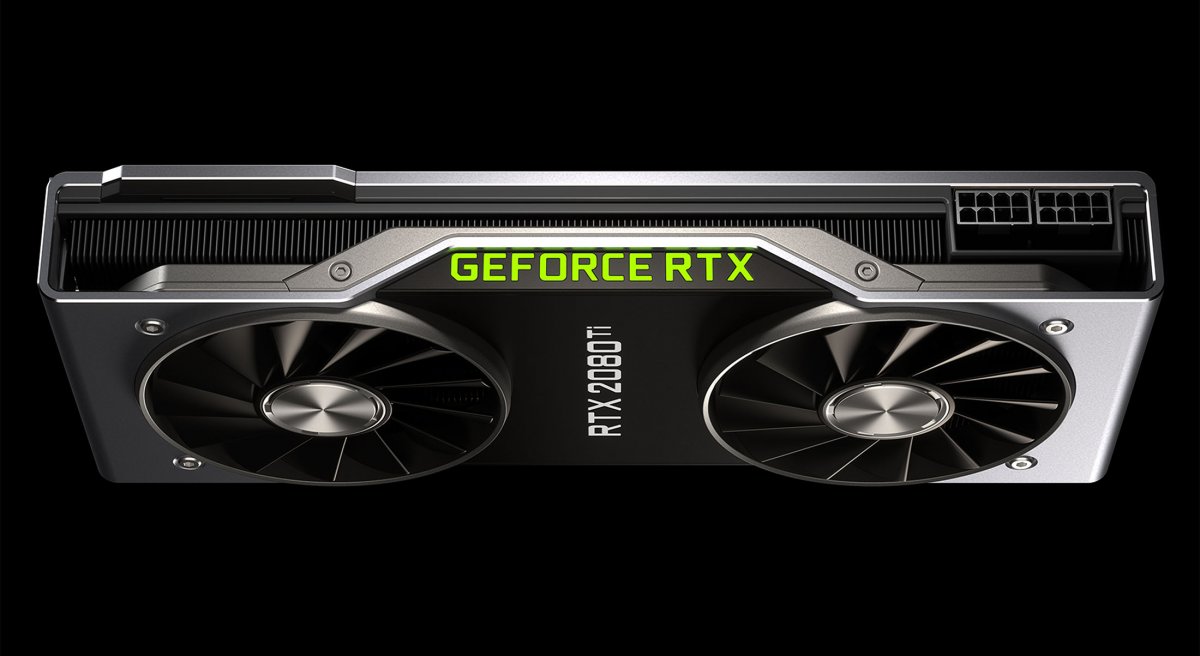 In a new report from Digitimes, the Taiwanese semiconductor market experts analyze Nvidia’s Q2 revenue earnings, which they claim are backed by massive contracted GPU shipments to board partners. Interestingly, the report claims that “more than 10 graphics cards makers have no other choice but to swallow contracted shipments released by Nvidia to deplete its inventories”. This list chiefly includes ASUS, MSI, and Gigabyte among the partners stuck with GTX 10-series GPUs.

Nvidia has likely been left with a large, residual supply of 10-series GPUs from the cryptocurrency mining bubble, and the Digitimes report seems to suggest that Nvidia’s stronger than expected Q2 earnings are resultant of forcing AIB partners to absorb them. Additionally, the report claims AIB partners had to absorb the contracted shipments “in order to secure that they can be among the first batch of customers to get sufficient supply quotas of new-generation GPUs.”

We think this is why nVidia’s prices are a bit higher than the market might have expected. It will allow 10-series to continue shipping alongside the 20-series graphics cards, and the RTX branding will also allow for the two markets to exist separately. We think that nVidia might even re-introduce the RTX branding for lower-end cards in the 20 series, like those that may be unfit for ray tracing. The future 2060 would be an example.

The landmark news this week is of course Nvidia’s 20-series cards announced at Gamescom. The new cards will sport the new RTX branding, highlighting Nvidia’s focus on real time ray tracing, and are the first consumer cards to offer the new GDDR6 memory standard. As for now, the GeForce RTX 2080 Ti, 2080, and 2070 were announced; no word on a 2060 or 2050.

The launch was a bit convoluted, however, as there will be both FE and reference cards, with different price points, as well as custom designs by AIB partners. We have an article with the most updated information, as well as a closer look at the GPU die of both the RTX 2080 Ti and 2080.

An alleged leak indicates that Intel is using STIM (Solder Thermal Interface Material) on the looming 9th gen/Coffee Lake refresh. The soldered IHS will be limited to the K-SKU parts, if the information is to be believed. This at least the second, somewhat substantial rumor we’ve seen regarding Intel using a soldered IHS; enthusiasts have long pined for a soldered IHS, and Intel could finally be acting on that, mustering every advantage they can against AMD to protect the margins of their halo products.

While we were flying back from Gamescom, Intel found itself again in the center of controversy for a clause supposedly restricting the publication of benchmarks pertaining to new microcode updates. Bruce Perens originally discovered this, highlighting that the user agreement stated, quote: “You will not, and will not allow any third party to [...] (iv) use the Software on Your products other than those that include the Intel hardware product(s), platform(s), or software identified in the Software; or (v) publish or provide any Software benchmark or comparison test results.”

Upon seeing this, we emailed Intel and received the following statement: “We are updating the license now to address this and will have a new version available soon. As an active member of the open source community, we continue to welcome all feedback.”

As of today, the license has completely removed the no-benchmarks statement. We are not clear on whether this change reflects all licenses or just the public license.

Logitech have announced their newest wireless gaming mouse, aimed specifically at esports players. Esports players historically refrain from using wireless peripherals, as they often assert that such devices come at the cost of weight, input lag, and response time. Logitech has long labored to change that misapprehension, and the Logitech G Pro Wireless gaming mouse is their latest testament to wireless being esports ready.

The Logitech G Pro Wireless is an ambidextrous mouse with removable left/right side buttons, and features Logitech’s latest iteration of their HERO sensor, capable of up to 16,000 DPI, with 400 IPS. The mouse uses Logitech’s proprietary LIGHTSPEED wireless technology, offering a 1ms response time, and frequency hopping to find the strongest, interference free channel. The new mouse is also compatible with Logitech’s Power Play wireless charging system. Logitech claims the mouse has taken over 2 years to develop, and they’ve collaborated with over 50 esports players.

The Logitech G Pro Wireless is available in August for $150.

Dell announced two new gaming displays, adding to their Dell Gaming line of monitors. Both of Dell’s new displays are based on TN panels, overclockable up to 155 Hz, offer AMD’s FreeSync, and a 1ms response time. The biggest differentiators are panel size and resolution: the S2419HGF is a 24” monitor running a 1920 x 1080 resolution, while the S2719DGF offers a 27” screen running a 2560 x 1440 resolution.

Corsair has been somewhat overt in declaring their custom liquid cooling ambitions; from teasing rebranded AquaComputer fittings and accessories at Computex last year, to taking on former EKWB CEO and CTO Mark Tanko and Niko Tivadar earlier this year.

It would seem for all the time and trouble, Corsair finally has some form of DIY, enthusiast liquid cooling to bring to market, as their website indicates that the Hydro X Series launch is imminent. The teaser shows what appears to be rigid, PETG tubing in an “X” formation, filled with purple coolant and the captions “Just add water” and “Coming soon”.

GTX 1080/1080 Ti Prices: Prices on Nvidia’s/AIB partner’s cards have been on the decline following the announcement of the 20 series cards, and additionally, the busting of the cryptocurrency mining bubble. The prices have been fluctuating somewhat, but if you’re still interested in a 10-series card, there likely won’t be a better time to get one.

Samsung 28” 4K Monitor ($250): Over at Amazon, the Samsung U28E590D 4K, FreeSync monitor can be bought for $250, currently. Judging from the 1ms GTG response time, it’s likley a TN panel. The display offers a 60Hz refresh rate combined with FreeSync, and offers HDMI 2.0 and DisplayPort connectivity. Not a bad way to get a 4K gaming display on a budget.