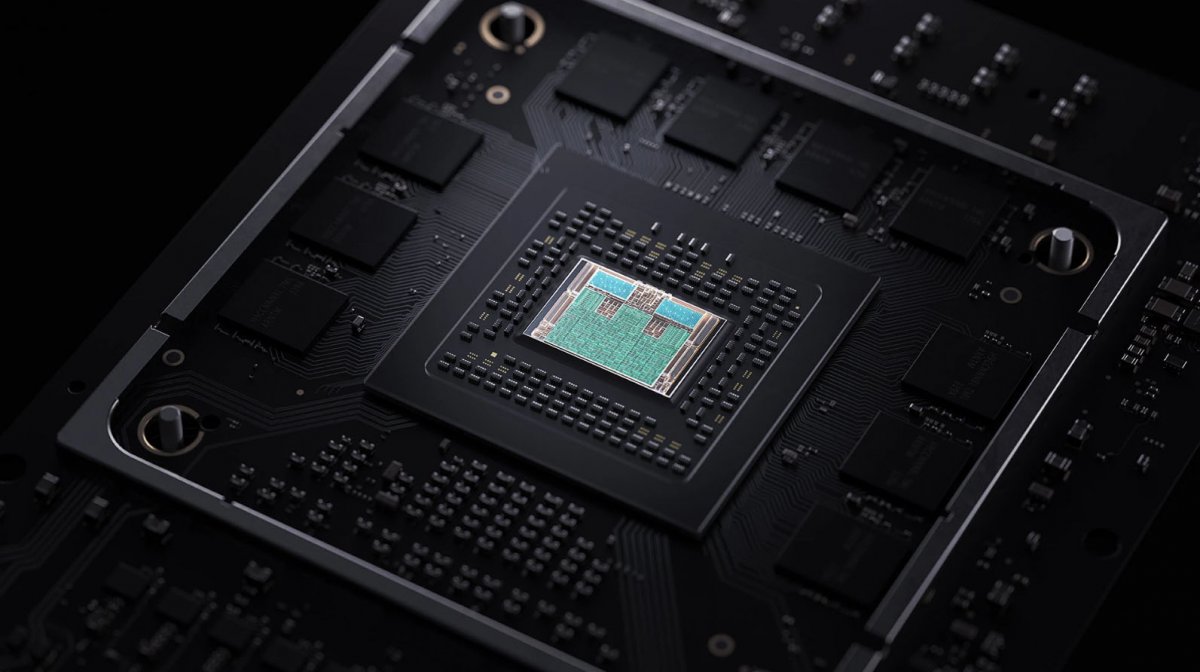 Our recap of hardware news for the past week follows-up on plans to RIP somebody -- but we're not sure who that should be just yet -- in a Folding @ Home points-chasing competition. To a similar tune, Folding @ Home has now surpassed the top 7 supercomputers in compute power totaled, something that NVIDIA, F@H, and the PCMR sub-reddit all drove together. Other positive news has Razer turning production lines toward N95 mask production for Coronavirus/COVID-19 use in hospitals and elsewhere. Bad news includes hits to the economic side of computer hardware, with motherboard sales falling 30-50%.

As we approach the end of the first half of 2020, motherboard and GPU shipments are forecast to hit record lows amidst the current pandemic playing out across multiple countries. We just published our own content talking about this side of the industry, noting that MSI’s Shenzhen-based factory alone would typically produce up to 2.6 million video cards and motherboards in one month, but that it had been shut down an additional month following Lunar New Year. Gigabyte also had reduced capacity in its Taiwan and China factories, with the Taiwan factory responsible for 450,000 units per month. Check our previous video for more on that.

In addition to our coverage, Digitimes also cited sources close to motherboard makers, claiming that Inel, Nvidia, and AMD are all expected to fall short of predicted targets set for the first half of the year. Additionally, GPU and motherboard sales fell anywhere between 30%-50% on the year last month, and won’t rebound until July at the earliest.

As GN was on the ground in Taiwan recently, we reported on how the current pandemic has basically forced PC vendors to call in sick, as the virulent outbreak has forced factory closings, manufacturing disruptions, and affected the staff.

After Folding @ Home worked with NVIDIA, the PCMR sub-reddit, and others to promote its new COVID-19 folding projects, the distributed computing network managed to pull together 470 PetaFLOPS of Compute. Folding @ Home claims more combined computational power than the Summit supercomputer, at about 149 PetaFLOPS, and more than the top 7 supercomputers combined. In a news episode from a week or two ago, we reported that one of the newer supercomputers being constructed -- El Capitan -- will be dedicated toward nuclear research and military work. Existing supercomputers are already being diverted to antiviral research, though, and not the kind that Intel needs right now.

We recently saw Linus getting involved in Folding @ Home with 6 Titan Vs doing 15-16 million points per day, so we decided to turn on two of our Tesla V100 video cards and contribute about 7.6 million points per day. We’re hoping that we can soon follow-up with an extreme overclocking F@H challenge, but will need enough work units to make it happen for a stream. The biggest limitation right now has been availability of work units. GPUs seem to be more consistent in getting them, while our CPU has been sitting idle. We’re hoping that we’ll be able to get enough consistency to pull together a liquid nitrogen overclocking stream for folding, just for some fun. We can’t beat Linus’ all-time score because he’s been doing this so much longer than us, but we’ll see if we can at least beat their points per day for a given 24-hour period. We’re not sure if our liquid nitrogen supplier is even working right now, and if they’re shut down due to lack of business, we’ll just go with dried ice or chilled water instead.

We’re not sure how much this actually helps, but F@H has been cited in a number of research papers relating to medicine in the past. In the very least, it’s fun to chase points competitively, and we can all respect that. In the most, maybe it helps someone.

If you want to join our team, click Configure in the F@H executable and set the team ID to 234771.

This past week, both Microsoft and Sony trotted out mostly full specifications for their respective upcoming consoles. As has been the case over the past several months, Microsoft was first for a reveal with its Xbox Series X hardware, with Sony finally breaking its long-held silence regarding the hardware inside the PS5 afterwards.

As we’ve known for sometime, both Sony and Microsoft have tapped AMD for semi-custom silicon powering the new consoles. We know Microsoft's version is built on TSMC’s “Enhanced” N7 node (not N7+/EUV). We presume this to be TSMC’s N7P (Performance-Enhanced) process based on DUV, that offers either an increased performance boost at the same power, or a lower power consumption at existing clock speeds. It’s probably safe to assume Sony’s is built on the same process. This is a massive leap from the previous AMD Jaguar cores found in the Xbox One X and PS4 Pro, which were built on TSMC’s 16nmFF / FF+ node.

On paper, both iterations are carved from AMD’s Zen 2 silicon, with the primary differentiation being core clocks. Microsoft has opted to offer its SoC with 8x physical cores and 16x threads, but with a caveat. Developers will have to choose between running 8x cores at 3.8GHz, or running all cores and threads at a lower 3.6GHz. Sony’s implementation will use a variable frequency, topping at 3.5GHz.

For the GPU portion, again, both are using AMD RDNA 2 GPUs. This is where things get a bit interesting. Microsoft technically has the wider GPU at 52 CUs, with a frequency of 1825MHz. Microsoft and Sony are also boasting about their performance in floating point 32 TFLOPs, but we disregard this metric as useless for actual performance in gaming, and so won’t bother talking about it. Sony, for its part, is offering 36 CUs at a much higher frequency of 2230MHz. Many reactions to Sony’s GPU implementation seemed to be underwhelming, but it’s worth considering that TFLOPs is a nebulous metric, often just spit out for marketing. A TFLOPs number on paper doesn’t take into consideration everything else within the GPU and on die, and we also don’t know what other distinctions Sony has made under the hood.

Both consoles are moving to solid state storage, as expected, and both consoles will offer expandable SSD storage as well as external HDD support. Sony and Microsoft will both be implementing PCIe 4.0, albeit in different ways. Each console will also come equipped with 16GB of GDDR6. We know Microsoft is using 14 Gbps GDDR6, and Sony likely is too. Microsoft has apportioned its GDDR6 a bit differently than Sony, opting for 10GB at 560GB/s and the remaining 6GB at 336 GB/s.

Both consoles are targeting 4K @ 60FPS, and promising frame rates higher than that in certain circumstances. For instance, Microsoft states the Xbox Series X is capable of “up to” 120FPS. Ray traced graphics and audio will make its way to both consoles. There’s still plenty we don’t know, as both Sony and Microsoft have kept everything somewhat surface level.

Still, for more details, Digital Foundry has detailed dives on both consoles that are worth checking out.

Some time ago, we reported on Intel and Micron dissolving their partnership on 3D XPoint and flash memory, with Intel selling its stake in the venture to Micron. As of now, it seems Intel and Micron have come to a new WSA (Wafer Supply Agreement). A form 8-K filing from Micron confirms the agreement.

Details on the WSA are scarce, but suggest that Micron will be selling Intel 3D XPoint memory at pre-arranged prices. We do know that 3D XPoint is the base of Intel’s more interesting Optane products aimed at the data center market; Micron, however, hasn’t seemed overly interested in bringing any products to market other than the company's X100 SSD that uses the memory.

NVIDIA, after encouraging users dedicate computing power to Folding @ Home, has now shifted its combination marketing and support package toward genome-sequencing software licensing. Parabricks is a GPU-accelerated genome-sequencing software solution that usually bears an expensive license. NVIDIA announced that it would offer a 90-day free license to researchers fighting coronavirus. NVIDIA says that Parabricks is built on the Genome Analysis Toolkit and claims a 50x analysis speed increase via GPU acceleration. NVIDIA noted that it may extend its 90-day offer if researchers require more time.

NVIDIA has made additional GPU acceleration tools for this effort available on GitHub. NVIDIA stated the following in its press release:

“Accelerating science has long been part of NVIDIA’s core mission. The Parabricks team joined NVIDIA in December, providing the latest tool for that work. It can reduce the time for variant calling on a whole human genome from days to less than an hour on a single server. Given the unprecedented spread of the pandemic, getting results in hours versus days could have an extraordinary impact on understanding the virus’s evolution and the development of vaccines.”

Amongst all the pandemic-related panic, one of the more hoarded items among the general public have been N95 face masks. The shortages have been so severe that medical facilities haven’t been able to secure enough for medical staff, who need it the most.

Several tech companies in the possession of manufacturing lines have reconfigured certain production lines for masks, such as Sharp and Foxconn. Now, Razer announced via Twitter that it is currently converting some of its manufacturing lines to produce N95 masks to donate.

“All of us have a part to play and we should be doing whatever we can with the situation getting more serious. Please keep yourself and your family safe – and let's support each other in these trying times. The team at Razer is stepping up to do what we can,” said Min-Liang Tan, Razer CEO.

“This emergency conversion of some of our lines and donation of masks is the first step of many that @Razer will take. We are committed to contributing our extra time, resources, effort and talent toward the fight against COVID-19.”

Razer intends to donate up to 1M masks around the world, with Singapore (where Razer’s Southeast Asia HQ is located) getting some of the initial shipments.

These features aren’t exactly new; Nvidia supported many of them with Turing-based RTX cards. However, none of these features have become standard. This seems to be a play at moving the ball in that direction, while also helping Microsoft further unify the experience across PC and Xbox hardware -- something it’s been working at for awhile.

Among the more specific features is DirectX Raytracing (DXR) 1.1, which is an incremental update over DXR 1.0, which adds a couple of notable improvements. First, DXR 1.1 will enable ray tracing work to be done on the GPU without having to access the CPU before rendering. Additionally. DXR 1.1 will introduce inline ray tracing, which Microsoft frames as an alternative form of ray tracing for simpler scenarios.

Microsoft has a deep dive over at its developer blog, linked below.