Total Conversion Mods are, as the name suggests, a completely revamped version of the games they base off of; they're out there for nearly all mod-supported games and make great leaps toward revitalizing a game's playability. These mods often create a completely new experience for the game, ensuring the most bang-for-your-buck is one mod installation away.

Initially released a few years ago - but still getting updated regularly and hosting community events - the Modern Combat Total Conversion mod for Company of Heroes completely reinvents the wheel (and the TOW missile): Using modern weaponry and high-powered doctrines and abilities, the US and Chinese battle it out on completely new maps with re-imagined units and combat. The mod team worked tirelessly to ensure the game's original look and feel was preserved, but managed to introduce new models, animations, upgrades, and weapons.

This one's not quite as ambitious as Modern Combat, but it's still a huge undertaking: Blitzkrieg aims to revamp the entire look and feel of Company of Heroes, starting with infantry and tank skins and moving to sounds and visual effects. The mod adds more than 100 new units to the game, adds an intuitive ambush system (utilizing trees and foliage to get the drop on enemies), and recommends 32 maps to play with the mod. 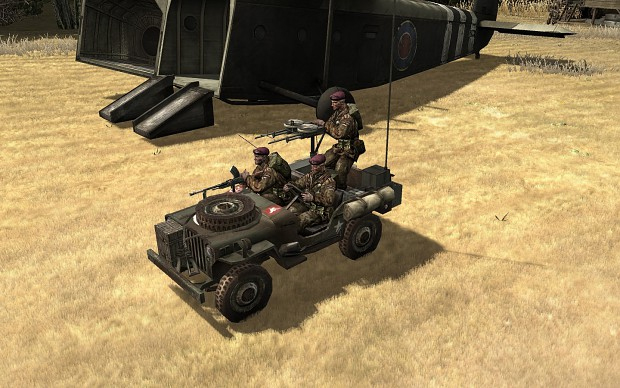 Further, the mod adds new models, AI conditioning, visuals, and gameplay functionality to Company of Heroes with its vast team of volunteer modders.

Back to Basics - Battle of the Hedges

Back to Basics vastly improves the game's incumbent AI to be more intelligent and challenging to defeat; it's a conversion overhaul that re-hashes the sound files to be a bit less redundant, overhauls AI (improving its ability to purchase and use units and territory-based skills), increases lethality for infantry and tank combat, and improves the overall balance of the game. 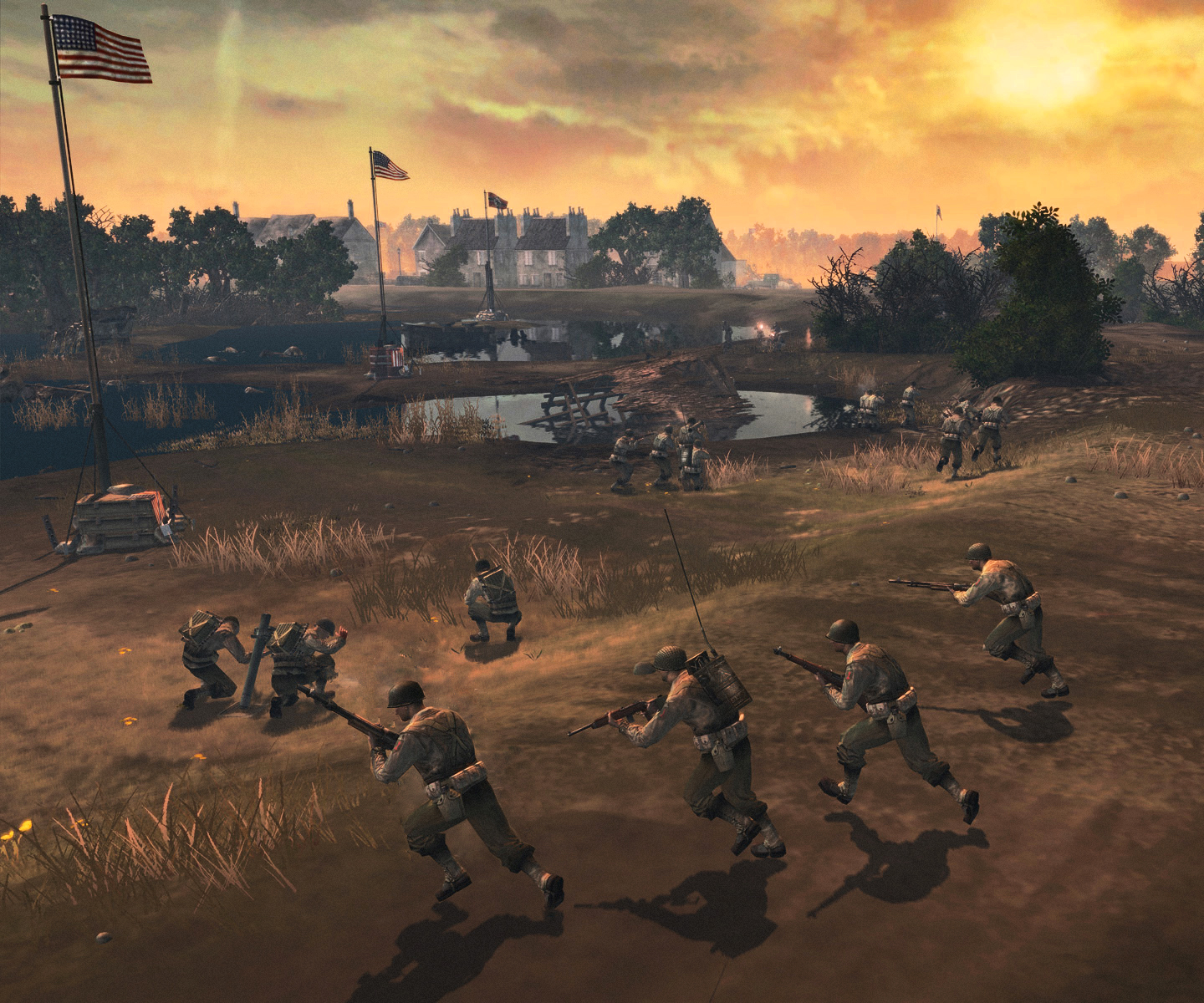 Completely new abilities, upgrades, units, and commander trees have been added (the modders also state that there is a new weapon damage and penetration system), all of which keep gameplay interesting and complex, but still retains the game's original play value.

CoH's OMG mod creates a pseudo-MMO experience by maintaining an ongoing conflict between the Company of Heroes factions (US and British vs. Wehrmacht and Panzer Elite); the supplied role-playing-heavy campaign creates a unique scenario for players wherein each battle has a significant and noticeable impact on the ongoing campaign. Efforts to keep companies alive are now more heftily rewarded by cumulative experience points as more battles are played out, but most importantly, the entire mod is tied in through an engaging web interface that permits completely customizable player accounts for unique gains in the war.

A quote from the mod's description reads:

"Through our website players can tailor their company, customizing it to fit their play style and needs. The website based War Control Panel allows the player to join their teammates battles against the enemy. There's no in game resource management, no base building, and no gimmicks. It's just pure multiplayer combat, building on the already superb platform of Company of Heroes, and it's pure fun. Win or lose, surviving units stick with you throughout your battles. The war persists, your troops persist, and its all at tip of your fingers."

This one's pretty straight-forward: Cheat Mod enables spawning of mass units, instantly upgrading weapons and abilities, and allows for battles of divine proportions. If you're looking to create a cinematic experience in Company of Heroes, this is the way to do it.

That's it for our recommended Conversion and overhaul mods - now let's move on to maps!

Good to go? Good. Let's get on that starter pack of maps.

Using almost all of the space available by the map editor, Orklord brings us another map with highly-detailed features and strategic capture points. Devil's Island is littered with rolling landscapes that make for unique battles, small farm houses, townships, small woodlands in strategic locations, a large oil factory, and the island itself. 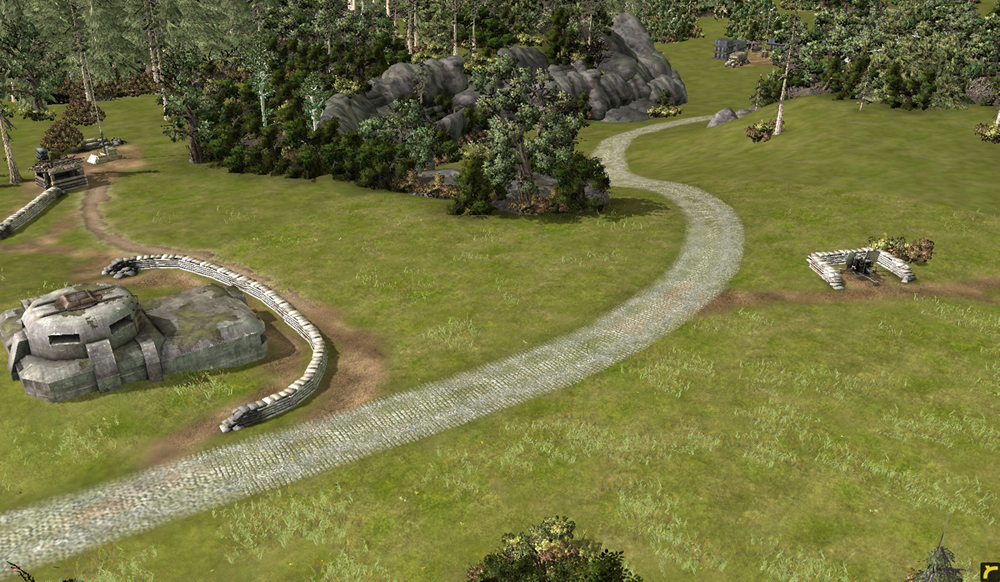 The map tends to take a bit longer to complete, but for those who enjoy longer games and like memorable battles with character, this map's for you.

Devil's Island was made by Orklord and can be downloaded here. The sequel, intended to be played after completing Devil's Island, can be found below ("Streets of Hell").

This eight-player map mirrors each side equally, ensuring balance (well, to the point that is controllable by the map, anyway) and encouraging strategy with its bridge positioning and island sieges.

The map makes good use of unit-type division, creating locations where infantry have a strong and persisting advantage over armored units. Likewise, armor holds resolutely on the central island, with its major weakness being airborne assaults or careful flanking by enemies.

BlueRiver Island was made by Rouspov and is downloadable here.

This gargantuan map offers a different approach to play: With a more linear capture point distribution than most maps, the corridor-style battlefield this map offers presents a unique slug-fest between sides. Infantry bridges are present for some river crossings, but are lacking on the central island, making it harder to assault once occupied. The map isn't mirrored 100%, so things stay a bit interesting, but it's not enough of a difference to impact balance. 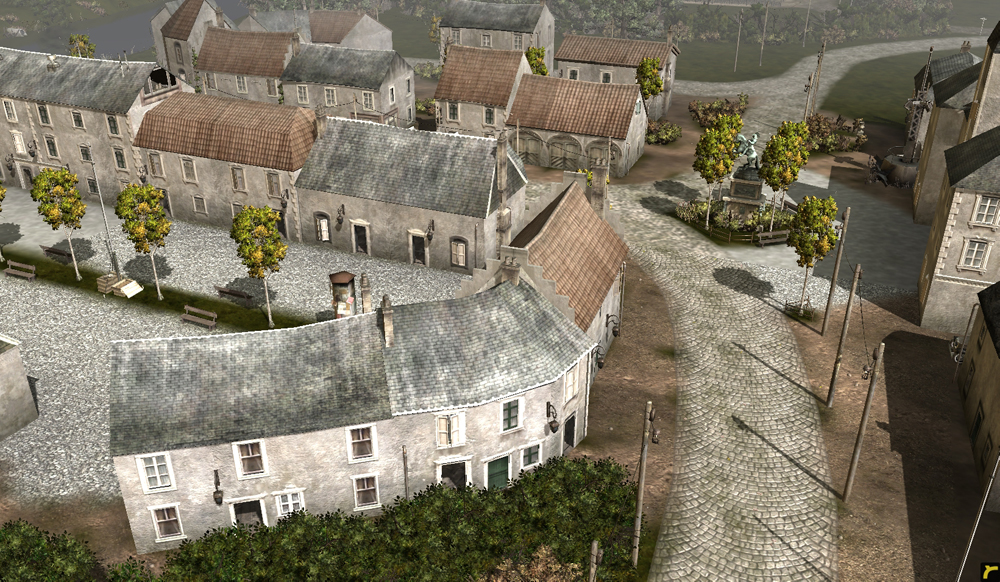 Street of Hell 2 was made by Orklord and can be downloaded here.

Church of the Sinister Mud - 4v4

This map brings us an entire city to obliterate: Church of the Sinister Mud spotlights a train station (which makes for epic battles between infantry), city streets, strategic overpasses, and other key points of contention that result in different battles each game.

Church of the Sinister Mud was made by UFFE and can be downloaded here.

Did we miss one of your favorite maps or mods? Tell us in the comments below so everyone can enjoy it!