AMD’s Trinity line of APUs and low-power Bobcat (Zacate) series APUs have taken the HTPC and low-end market with force, and for good reason. The integrated graphics processing chips in the recent Trinity line outperform even Intel’s HD4000, its biggest foray in IGPs thus far, and make for perfect chips for low-end computing and low-range gaming.

For Q3, the Zacate series APUs – which are used in HTPCs and ultra-portable systems -- currently represent a staggering 39% of all AMD’s sales in Q3, as we’re informed by Mercury Research (reported by 3D Center). Trinity stands next in line, holding its head high at 26.1% of the company’s total sales; the A-series Llano hovers at 7.4% sales. 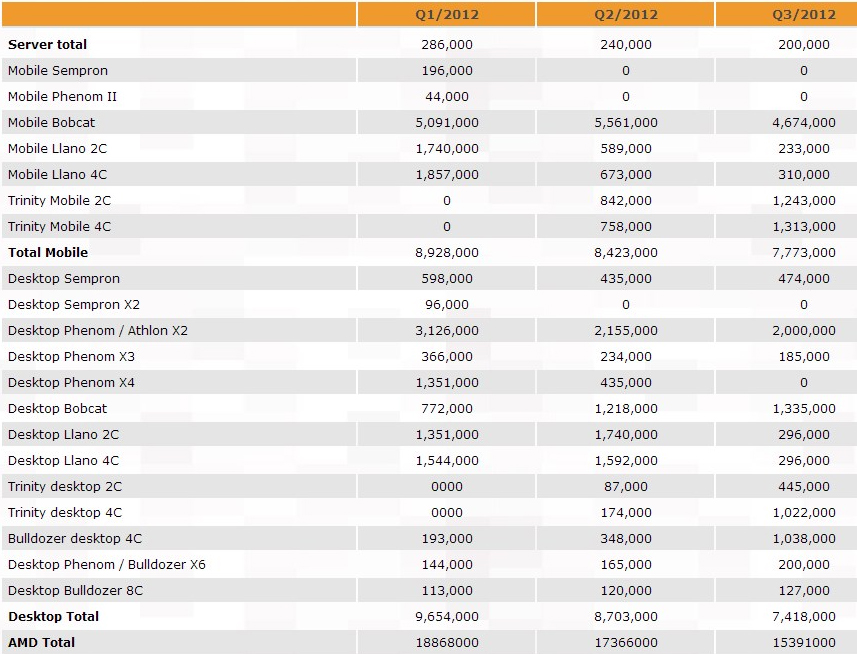 In terms of market distribution, 48.2% of AMD’s total CPU sales are held by desktop systems, 50.5% in mobile computing, and 1.3% in enterprise solutions. Vishera was not mentioned in the research document, given its relatively recent release to market.