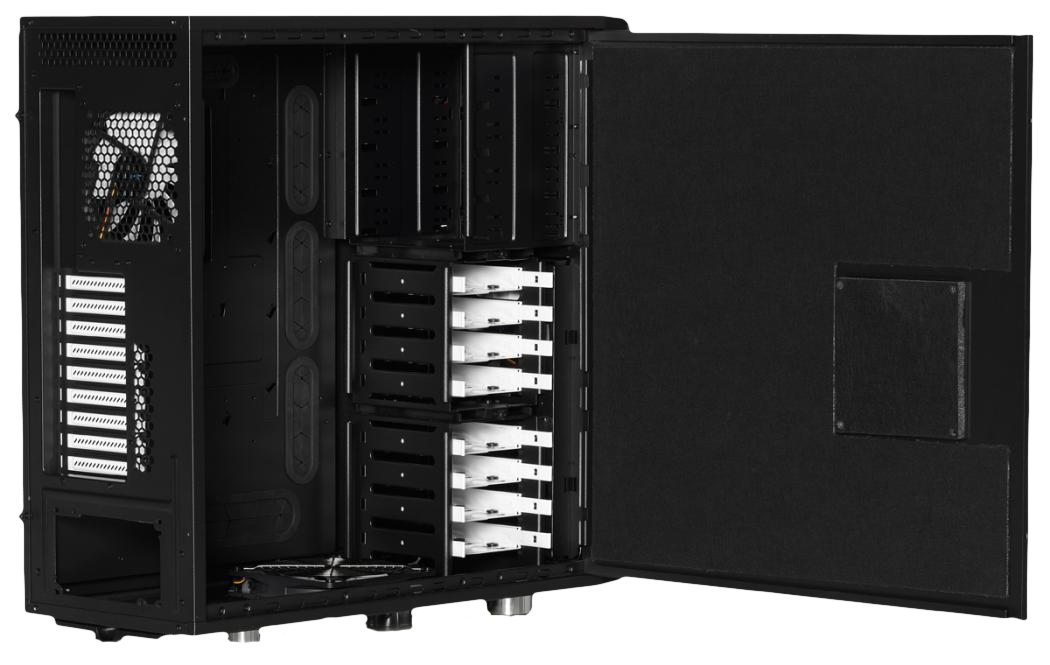 For those in the market for a clean, simple case design, the Define XL R2 is here from Fractal Design. Using a feature called ModuVent, Fractal Design seeks to find the ideal balance between cooling, noise, and having a case that looks like an Ikea coffee table. 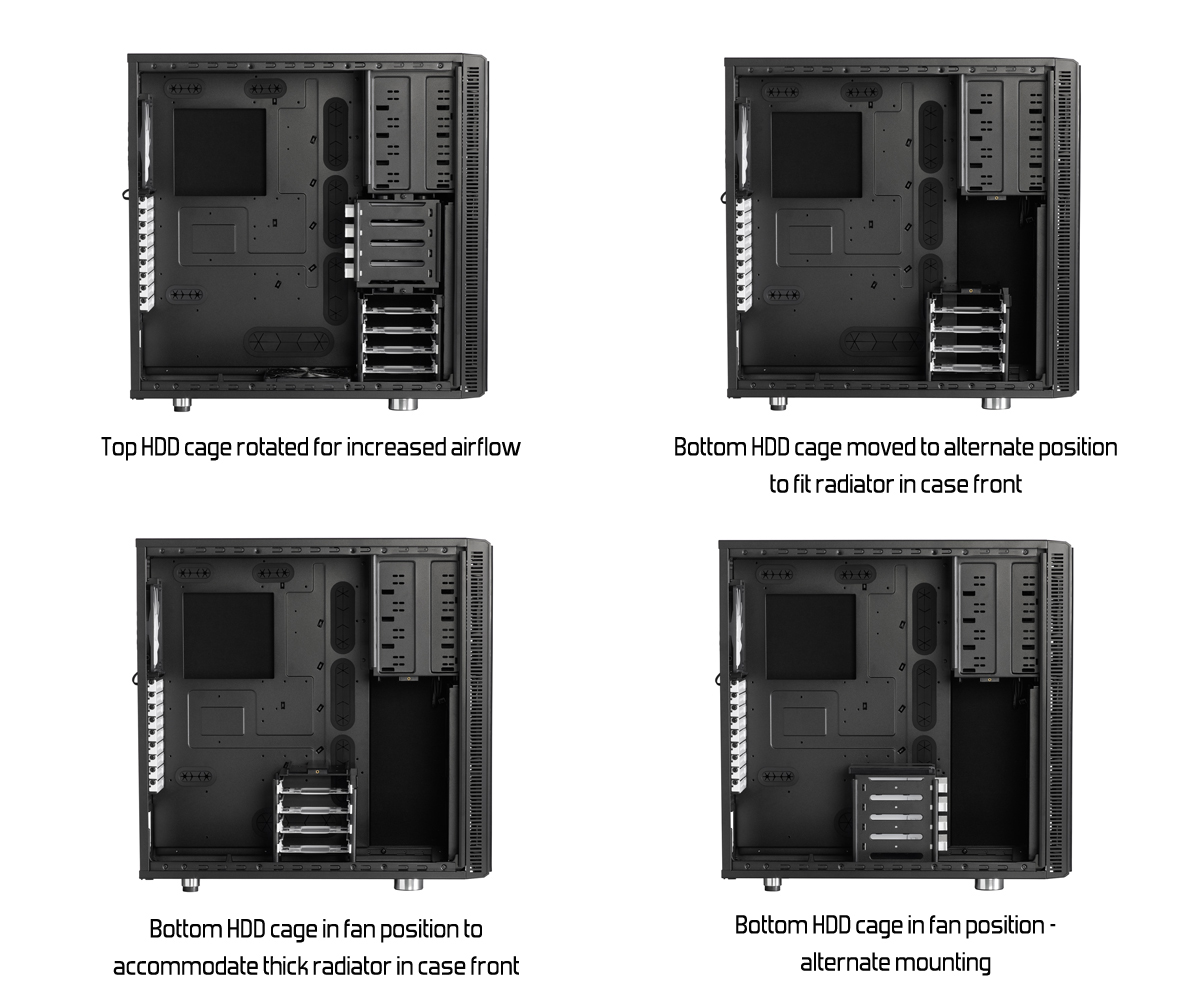 First, the noise suppression: a "high density noise-reducing material" (bitumen) has been employed in the case walls to muffle the sound of the fans and pumps running inside. As you can see, although the case may appear to be made of solid steel surfaces, there's still a decent capacity for cooling devices. The modestly-sized 120mm and 140mm fans should sustain a reasonable volume level, especially given the thick, noise-dampened walls of the case. 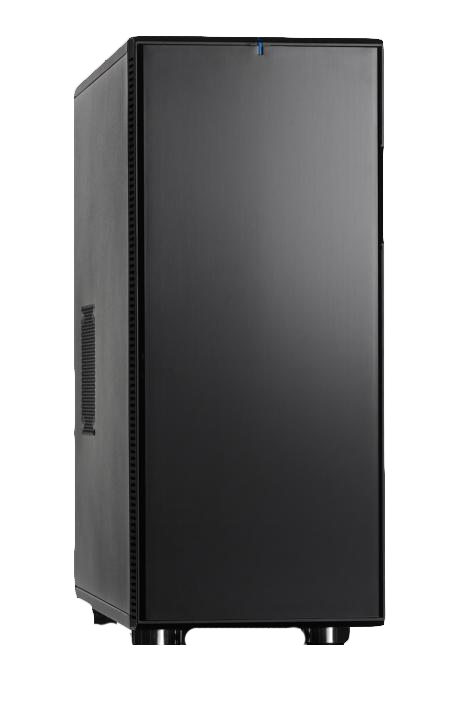 In addition to the three included fans, there are 3 "ModuVent" plates in the top and side of the case which can be arranged either to allow greater airflow or suppress more noise, somewhat similar in concept to the Thor V2's chevron plating. Fractal also stresses that the two HDD cages can both be removed or relocated to an alternate position in the case, just in case you don't have 8 SSDs yet. Seriously, get with the times. With the top cage removed, 480mm graphics cards can be used, whereas the case will only fit 330mm graphics cards otherwise.

It certainly isn't flashy, but it is a professional-looking, silent case that maintains function and airflow. The Define XL R2 comes in Black Pearl and Titanium Grey.

Rosewill also just announced their new deployment to the market, the Armor Evolution, which you can read about here.

Find more on the Fractal case at this link: http://www.fractal-design.com/?view=product&category=2&prod=111