There’ve been a few keyboard launches at CES this year. Cooler Master put out a new reactive lighting keyboard (similar to what Ducky supplies), Rosewill dropped a couple new mechanical and membrane keyboards, and Corsair is working closely with Cherry to build their next unit.

The new Corsair “MX RGB” mechanical keyboard (working name) uses Cherry’s 16.8 million color RGB LED backlighting and standard MX red, blue, and brown switches for the keys. In working with professional gamers, Corsair has found that Cherry MX Red switches are the most desirable to the pros given their stiff kick-back when typing (quick return to position); for the curious, we’ve also previously been told by Logitech that their pro gaming contacts prefer MX Brown.

The LEDs in Corsair’s keyboard are capable of pulsing, brightness control, and can be set as reactive to the user’s keystrokes – if you’re keying something in, the pressed keys will light up and ripple outward as you type. All of this is controlled by a Panasonic display controller, typically used in major commercial applications (LED billboards, giant LED ads in cities, etc.), though Corsair’s utilization of the controller within a keyboard makes it one of the first mainstream implementations of the controller.

Corsair is also using a 32-bit ARM processor in the keyboard (alongside the Panasonic LED controller), so we’ve effectively got two processors for handling all the lighting, input processing, and anti-ghosting. Although not ubiquitous in peripherals yet, the 32-bit ARM processor used here is also found in a few other devices, like some of SteelSeries’ mice.

Other hardware additions include better avoidance of electro-static discharge. Keyboards are typically killed by ESD, given the proximity to the user’s hands, and Corsair has worked with Cherry to mitigate the possibility of ESD-related death. Cherry and Corsair switched to surface-mount LEDs (SMD LEDs), but have also moved the LED’s location. By physically moving the LED below the switch (rather than housing it within the switch), the switch serves as a buffer (almost like an insulator) and protects the electrical components from the user. Consequently, this also reduces the stiffness of the switches, so those who complained of LED backlit keyboards being too stiff should be better served.

All of the colors are software-controlled by a new standalone Corsair utility. Custom LUA scripting is a possibility, allowing users more control over the software’s functionality and customization. 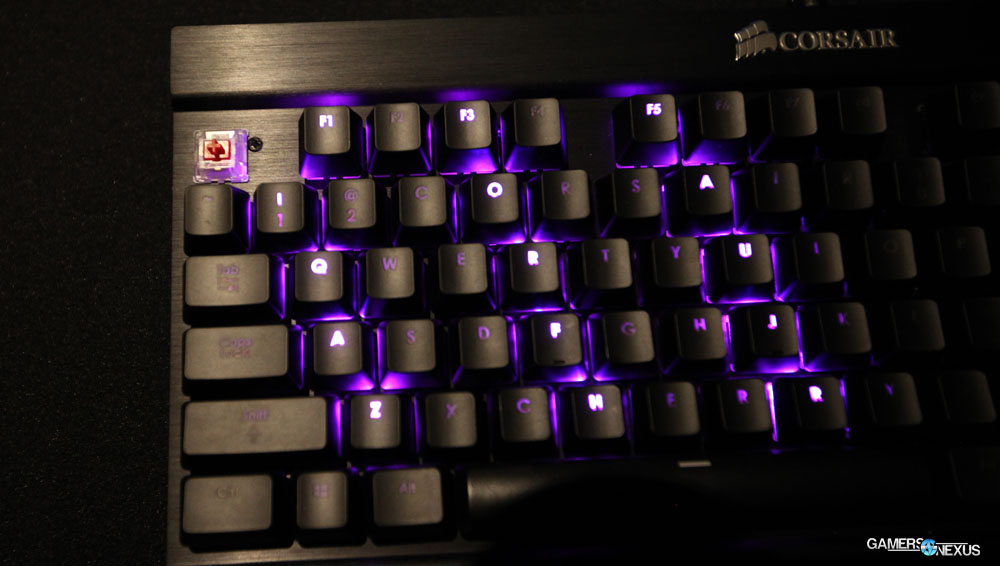 The keyboard requires two USB connections to provide enough power for the device and uses all Cherry-compatible components, so custom keycaps can be added using the normal means. In speaking with Cherry, we also learned that all of their switches are produced in Germany and have strict quality control, and that Corsair is presently the exclusive partner for MX RGB switches through 2014.

We expect the keyboard’s release date to be mid-2014 and do not yet have a finalized name or MSRP. It is unlikely that the Vengeance brand will extend to the MX RGB keyboard, but that is yet unfinalized. 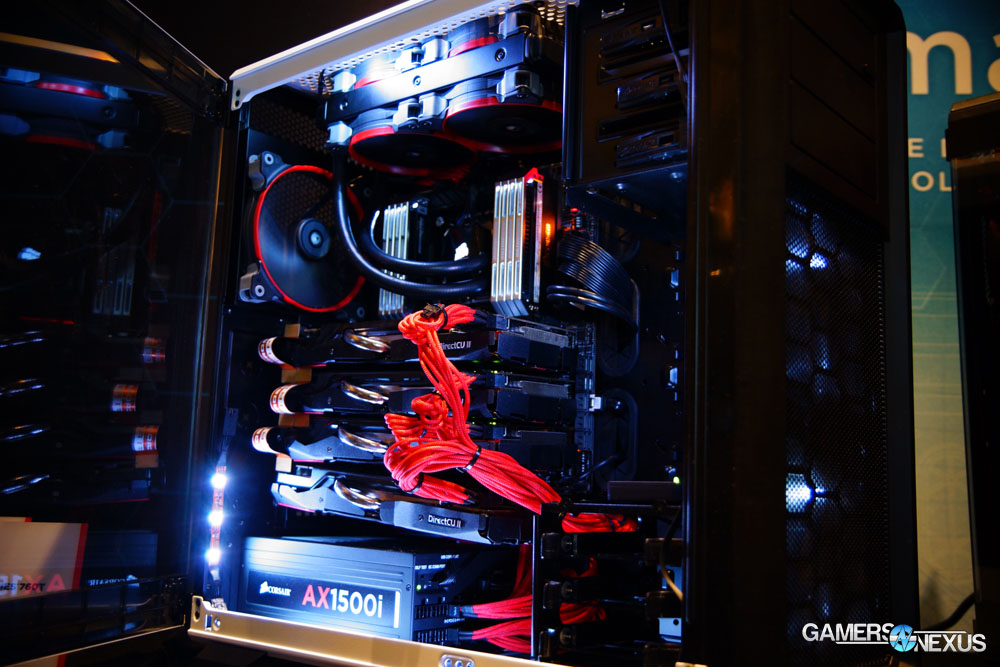 It wouldn’t be full Corsair coverage without a quick shout to their case line-up. Corsair’s new ATX case this year has a few color and paneling variants, shipping in black ($180), white ($190), and ‘no glass’ ($140). The 760T’s biggest feature is its full glass side panel, lending visibility to the entire inside of the system. The panel is a hinged door that swings outward, but can be removed during system installation.

Here are the full specs:

The case will be available in February. 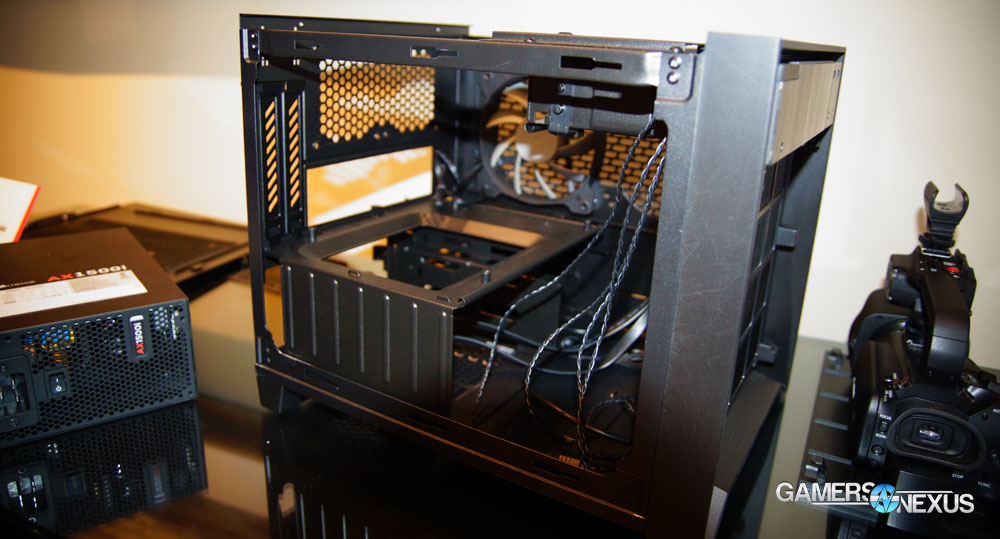 This is Corsair’s first major step into the mini-ITX market, which seems to be hot this year given the prevalence of form factor cases we’ve seen at CES. The 250D is a fairly standard short/stout box, but supports a 140mm radiator, 2x3.5” bays & 2.5” rear-mounted drives, and a full-size video card, making it one of the most outfitted mini-ITX cases on the market.

As a very quick side note, we were also told that Corsair has worked with Asetek to redesign the mounting mechanism on their CPU coolers -- finally.

Definitely some promising items at Corsair’s suite. You can expect both cases in February and the keyboard in mid-2014.