VisionTek’s presentation of the card left me feeling as if the device is sold as more of a ‘service’ than as a product. By this, I mean that VisionTek has lab technicians based in the US who manually assemble each ordered 290; the device is built, pressure tested, and volt- / clock-tested for stability in the lab.

Once shipped, it is certified with a 1-year VisionTek OC warranty. When asked for clarity, VisionTek confirmed that the “OC warranty” will cover user overclocks, which is largely unheard of in most cards. That said, there’s not much OC room on the card – its base clock ships stock OC’d at 1175MHz (over the ~900-1000MHz BCLK) and the memory clock should hover around 1450MHz (over the 1250MHz stock). 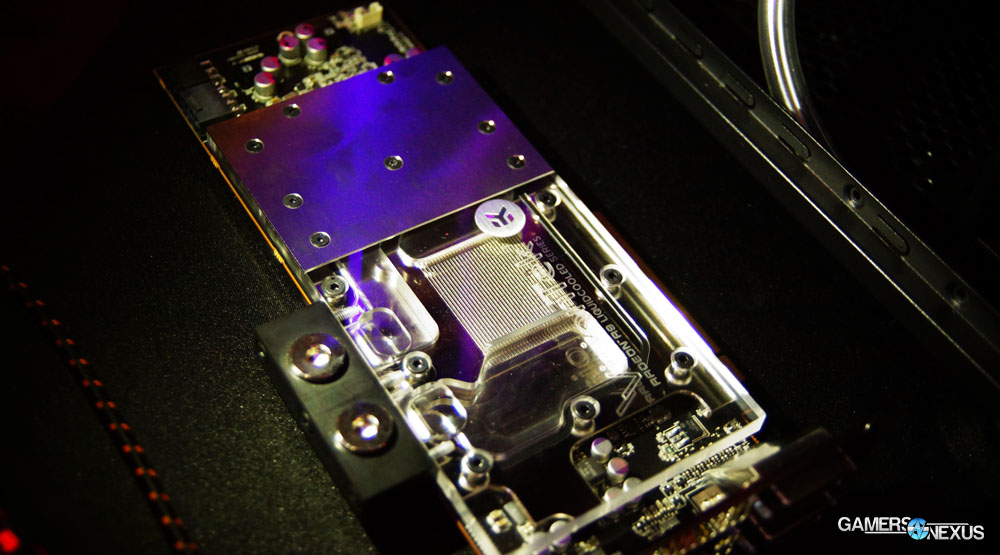 VisionTek’s warranty cap extends to an additional (roughly) 5% OC over their shipped settings. It’s enough room to play, but not enough to kill anything.

The company claims that its internal benchmarks saw a decrease of nearly 40C from the reference R9 290 thermals (94C to ~51C); although we haven’t had the chance to validate any of the claims, they also noted a 10dBA noise level, where the normal 290 tends to hover around 50-65dBA (depending on the manufacturer and card). VisionTek stated that its R9 290 CryoVenom VGA runs “up to 24% faster” than stock, with thanks given to the pre-overclock.

Theoretically, these numbers and the shipping pre-OC would put the R9 290 from VisionTek above the reference R9 290X – a card that costs in the range of $100+ more. At $550, the CryoVenom R9 290 is very appealing when matched against the ~$650 R9 290X VGAs with reference design coolers. 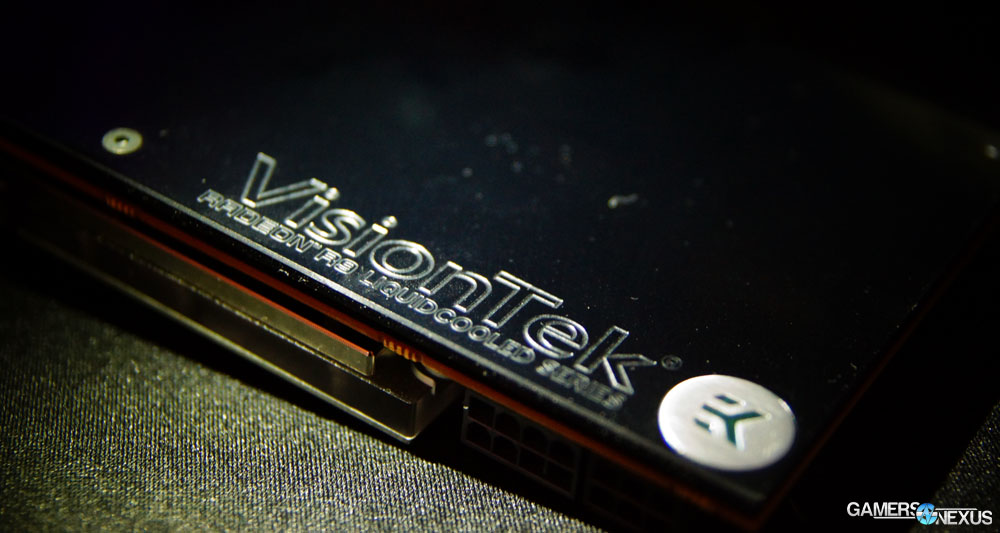 Of course, there’s the ‘hidden cost’ of requiring more supporting hardware – obviously the rest of the liquid loop – but that’s not so bad if you’re doing it anyway. A stiff backplate (above, back of the PCB) is used for cooling the VRM and Flash modules, but is obviously also useful for retaining rigidity of the PCB under stress. The liquid loop pumps liquid through an acrylic housing atop the board, where the liquid ducts heat from a copper coldplate mounted to the GPU; the liquid and coldplate do not work to cool the VRM or modules, so you'll need to rely on the aluminum backplate for cooling those components.

The video card is available for order now, according to the company, and is their first major foray into this type of solution.