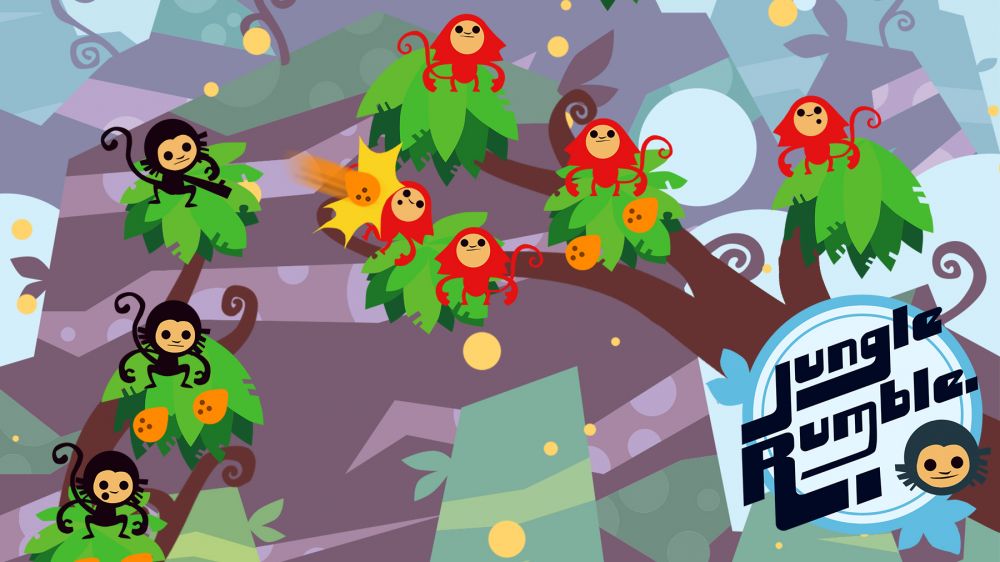 We don't normally cover mobile games very much, but I thought this one was worth a mention. Jungle Rumble comes at a time when traditional RTS games are struggling, but game developers Disco Pixel have combined strategic elements with rhythm-based gameplay for a mobile pastime.

The game is due for iOS and Android some time in April and will be making an appearance at PAX East 2014, for any attendees looking for a booth to visit. Jungle Rumble's gameplay centers around traditional tap-input as the user hammers-out a drumbeat; the army of monkeys (very monkey-in-barrel-esque) move with these taps and advance on the enemy monkeys -- harbingers of banana doom, to be sure -- and eventually gain map control.

The concept is interesting and it seems like it could be a reasonably fun mobile game -- if you like rhythm games (read: Audiosurf, Beat Hazard) and lite strategy games, it's worth considering.

From what we understand, the game will not feature micro-transactions in the traditional mobile-market-extortion manner. You can read more about Jungle Rumble on their website.