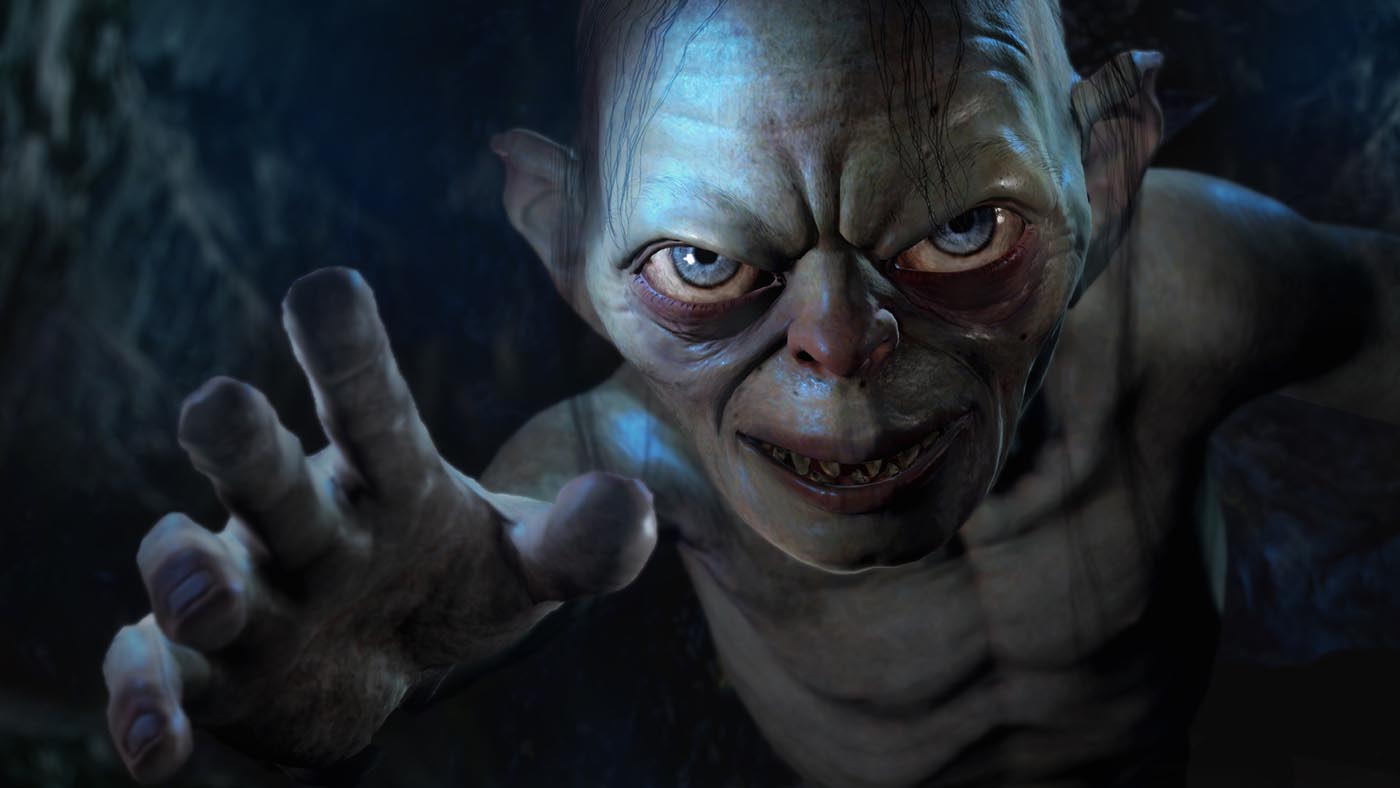 Shadow of Mordor is a third-person, open-world action game that takes place between the Hobbit and Lord of the Rings story arcs. Players control Talion, a human ranger, and use some special combat and stealth abilities from the elf Celebrimbor. The game’s main objective is controlling a series of territories that are each owned by a pack of orc Warchiefs and their subordinates. Players use Talion’s powers to dominate enemies, invoke betrayals and riots within the Warchief ranks, and press enemies for information.

The State of the Action Genre

Before going into Shadow of Mordor, let's discuss the state of action games dating back to the past generation. The action genre has been bombarded with a plethora of games that offer open-world experiences: Grand Theft Auto, Assassin’s Creed, Saints Row, and the Batman Arkham series are just a few that come to mind.

These games are immersive. In general, they have compelling storylines and cut-scenes, different environments, and detailed player progression. That said, a lot of the focus on the open-world does not necessarily result in a cohesive game. For example, the stealth “follow” missions in Assassin’s Creed IV: Black Flag interrupted my thirst for completing the game by besting the game’s duelists and sinking countless man o’ war ships. Even a critically-acclaimed gem like Batman: Arkham City can slow down flow with limited enemy varieties.

Don’t get me wrong: I enjoy action games, and the open world is liberating after playing an on-rails game. But too often with these games, there seems to be an experience-affecting hindrance like repetition, unfitting gameplay elements, or cumbersome world navigation. In the grander view, with more developers feature-creeping to add more “gameplay hours,” action games become less replayable for their core gameplay because it is not properly supported. 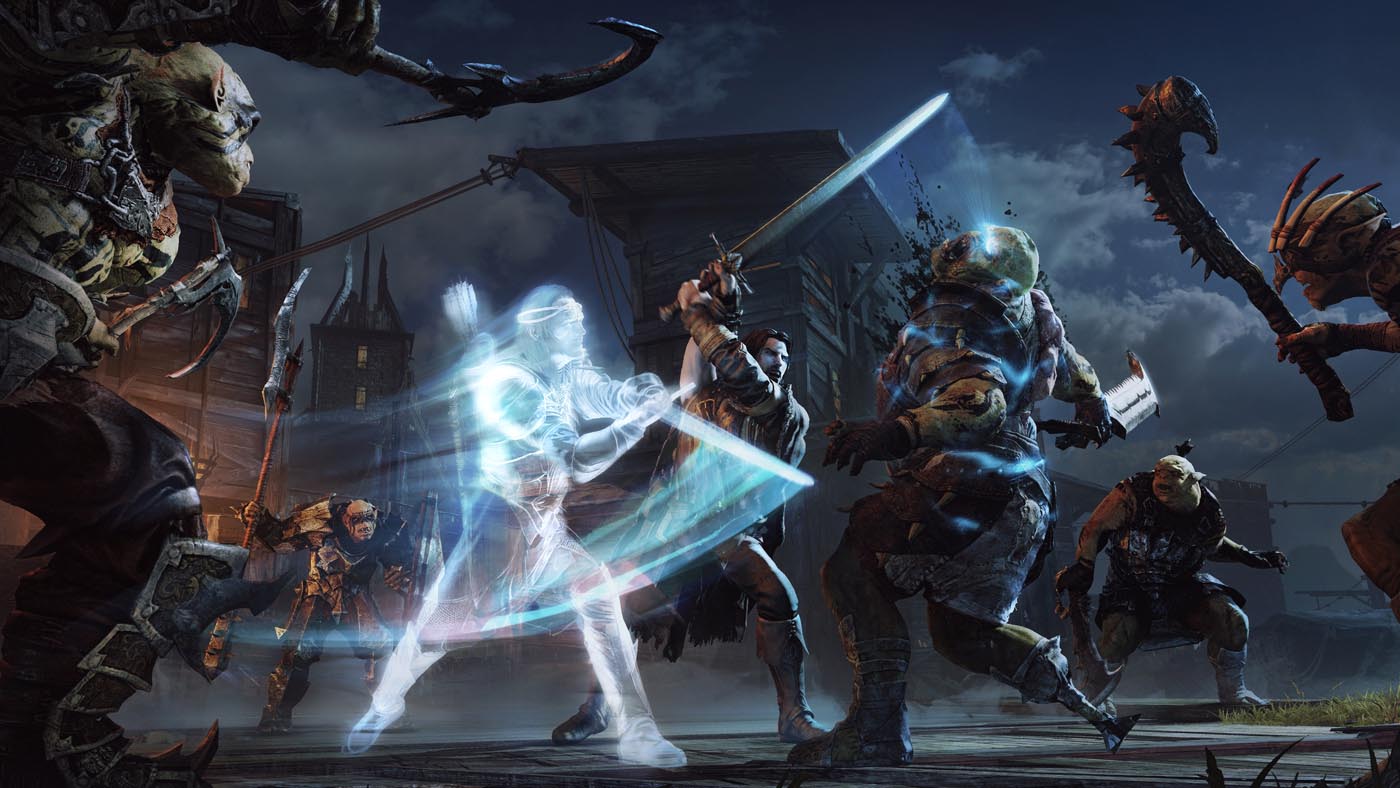 Shadow of Mordor isn't afraid to present its game for what it is – a hack-and-slash romp through an open world. Hack-and-slash often connotes repeated actions or a basic combat engine that’s supported by progressively complex button combinations, draining gamers’ excitement after an hour or so; however, Monolith keeps those simple mechanics interesting with aggressive and alert AI.

The orc hordes won’t wait for Talion to attack – they come right for him. I enjoyed starting a skirmish with a few orcs, only to have more surround me and gang up on me. Not that all enemies decide to attack Talion at once – it’s sequenced, but hardly predictable to the eye – but they will often take a swing at him while he’s engaged with another orc. Sometimes it felt like a pack was coming out of nowhere when I cleared an area. Given that our hero is in enemy territory throughout the whole game, I can understand why Monolith wants to create a world where Talion is never safe.

The combat engine is the smoothest I’ve played for any third-person action game. The counter button is forgiving in that players who press it at the last split-second won’t take damage, smoothly transitioning into a counter-attack. It took a few battles until I could notice Talion “jumping” from one enemy to another – meaning I could see a break in his battle animations to turn around and strike another enemy. The whole time, I felt in control of whom I was attacking and when I felt like taking out someone else around me. Batman: Arkham City was a notable step in this direction, so I’m glad to see Monolith making it better in this generation of games.

Each combat instance gives the player more than the option of just killing everyone in sight – though the carnage-soaked, head-exploding (literally) executions are tough to resist. A player who isolates an enemy in combat can execute a Combat Brand move that marks the enemy with Talion’s hand – much like the white hand of Saruman – and possesses the enemy to fight alongside him. Taking a chapter out of Gears of War, Talion can also grab an enemy and use him as a meat shield to evade ranged attacks.

The most useful action is “dominating” an enemy so that he can give you intel on one of the higher-ranking orc Captains. The Nemesis system, which I’ll detail more below, has an interface that shows the territory’s Warchiefs and the Captains who rank under them. It doesn’t show all the Captains, though, requiring a player to actively seek out information on their whereabouts and strengths & weaknesses. 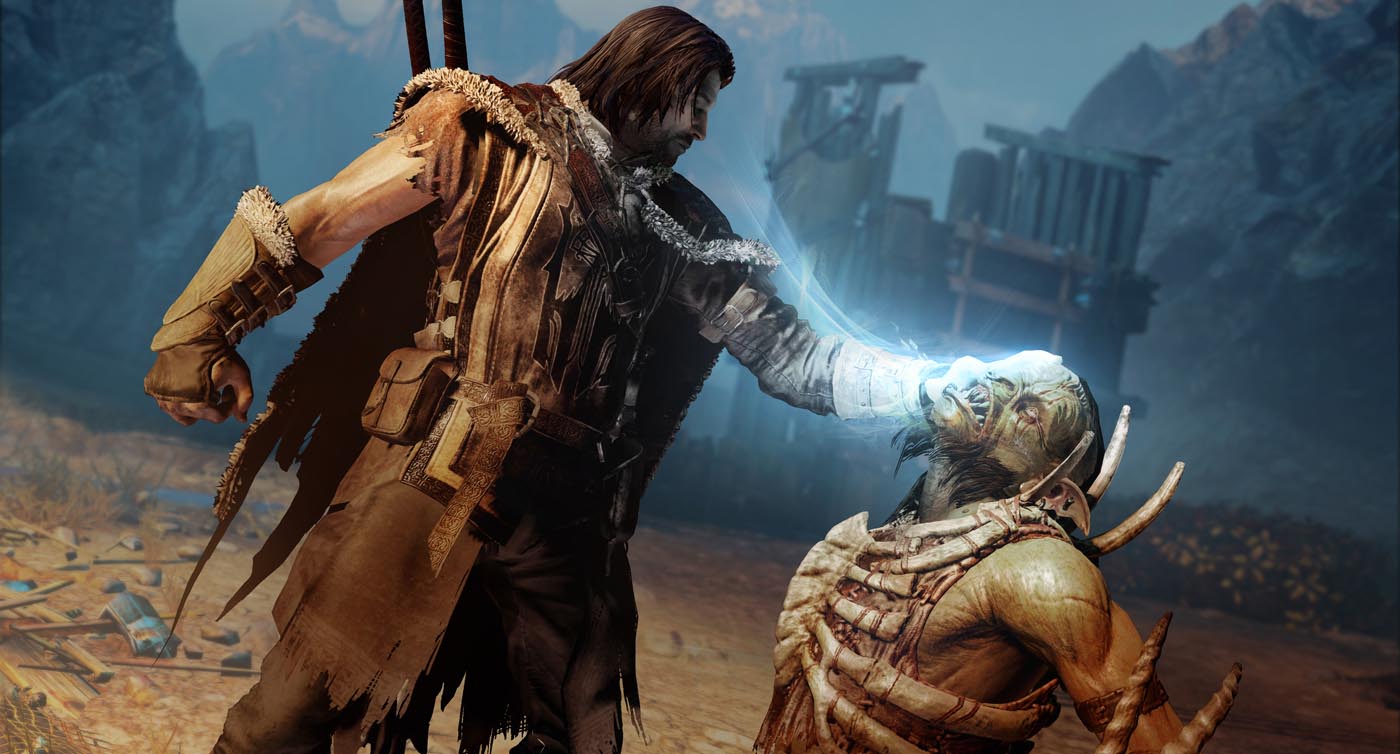 In most action/RPG genre titles, defeating a boss or mini-boss allows the player to collect his reward and move on to the next series of enemies. Shadow of Mordor gives more meaning to its hierarchy with a “Nemesis system” that is instructed to replace defeated enemies, but in a way that responds to the player’s decisions. This system stresses the importance of each decision made in combat, connecting the short-term combat with the game’s overall objectives.

Let’s say there’s a Warchief I want to take down. Looking at the Nemesis interface, I notice he’s a much higher level than the other Warchiefs. I could go after him, but being hesitant, I decide to target his weaker Captains. I only have intel on one of them, and he’s not an easy takedown either, but I have a Plan B: Orcs can be worn-down in battle, mentally dominated, and used for intel on the weaker Captain. His information leads me to my target and I easily win that battle and dominate the Captain. Doing so puts me one step closer to controlling that Warchief’s hierarchy.

Now I can send that Captain to betray his Warchief, but because of the difference in enemy levels, I decide to take a different route and go after the other Captain. I go into the Nemesis menu and instruct my puppet Captain to Riot against the other Captain. I join the Riot – a head-on clash of armies – and slice through the opponent’s army, but my opponent slays my puppet. Luckily, I have few foes left, allowing me to duel the worn-out Captain and dominate him. He’s much closer to the Warchief’s abilities, so I send him on a Betray mission. I have to be cautious though because my previous puppet Captain has been replaced with a much stronger Captain. If my new puppet Captain gets killed during the Betrayal, he will be replaced by another Captain, forcing me to start everything over again – but with different skills and weaknesses for the procedurally-generated Captains and Warchiefs. This means I’ll likely have to take new approaches to defeating this reconstructed hierarchy.

This lengthy scenario is just one of the ways a player can strategize how he controls a Warchief and accompanying army. Each decision presents the player with multiple options – expanded further by the rank, strengths, and weaknesses of each orc officer. Monolith’s opponent dynamic keeps Shadow of Mordor’s gameplay fresh by encouraging players to take different approaches to each branch in the hierarchy.

This dynamic introduces a cerebral meaning to hack-and-slash and enriches the player’s experience from the initial skirmish to dominating the Warchief.

An Exciting End to September

Monolith has engineered a promising evolutionary step for open-world action games with Shadow of Mordor. My experience with Shadow of Mordor was not without its quibbles, as I found the climbing system inaccurate at predicting my moves at times, and I found the spawning of enemy groups occasionally random. These are points I’d call out in a review, but they don’t affect my overall experience of what the game relies on.

Middle-earth: Shadow of Mordor releases September 30 for consoles and October 2 on PC. From my time with it, I’m hoping Shadow of Mordor will be a return to form for the studio behind No One Lives Forever 2, Tron 2.0, and F.E.A.R.