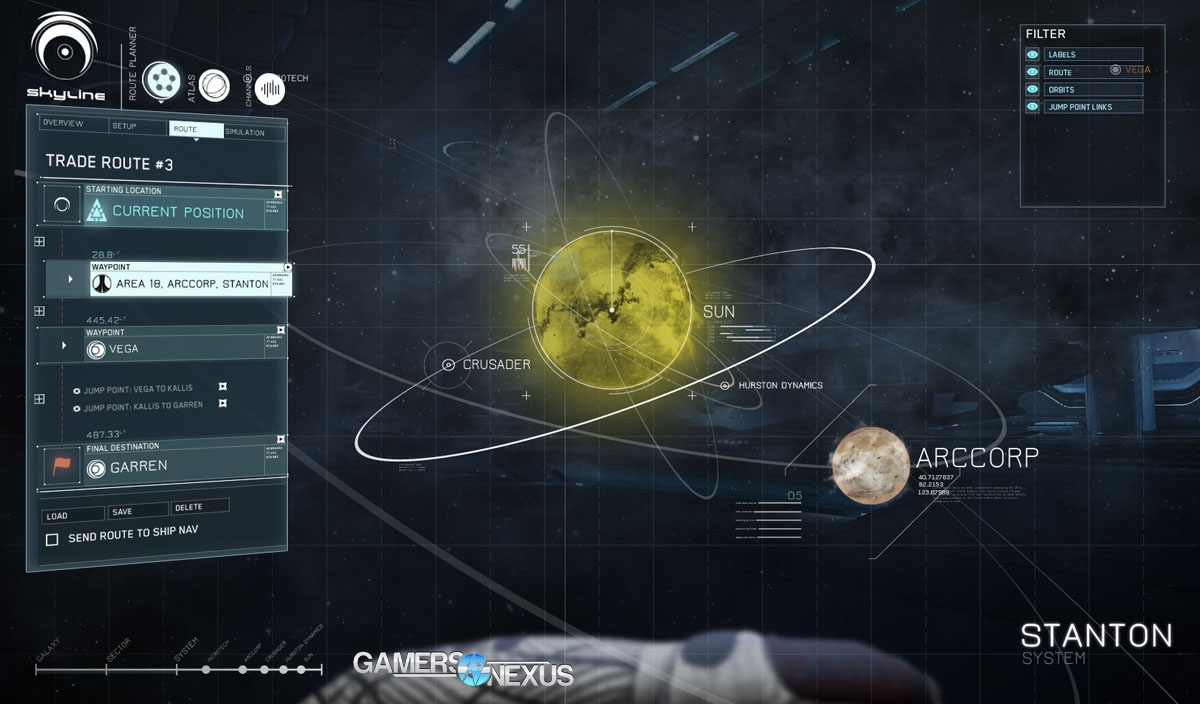 The presentation was entirely focused on the team’s intentions for the forthcoming Persistent Universe module. For the unfamiliar, the Persistent Universe (or PU) is what will instate the deeper MMO mechanics and bridge single- and multiplayer universes; a user favoring singleplayer could allow for real-time updates to the universe (ownership, trade, economy), all of which would be handled by the PU. Other Star Citizen updates at the show included jump gate footage (shown), talk of piracy, the introduction of Arc Corp (the first planetside world), AR shopping interfaces, and more.

We’ve got a full video of the entire presentation going live in a few days – once embargo lifts – but can show the below for now:

The Persistent Universe is presently in the early development and design phases, targeting a “proper launch event” for this year’s South by Southwest Interactive festival. For now, the team revealed that the present very loose outline for the development lifecycle is as follows:

Note that the team is always hesitant to offer-up release dates, and given the chaos of an event show floor, they shouldn’t be taken too literally. The team has a history of tentative release dates followed by delays to allow for improved quality and bug-fixing; to best avoid disappointment, we’d recommend just accepting the above as more of a loose guideline for an ideal scenario. 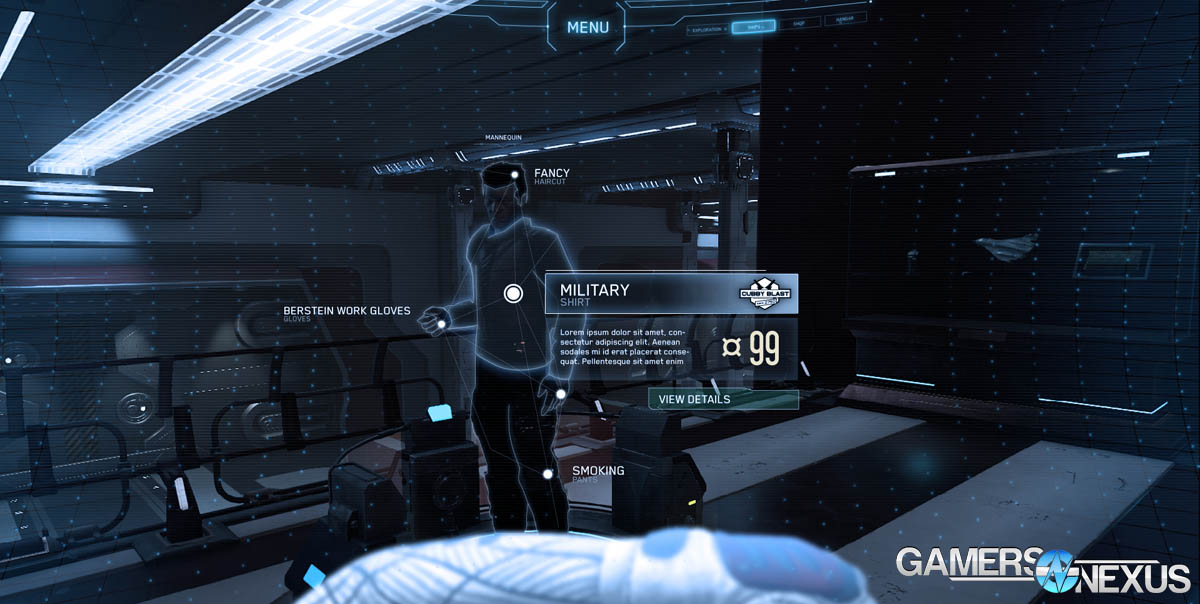 As part of Star Citizen’s modular advancement, the team will be introducing a “social module” allowing for non-combat multiplayer interaction within player hangars.

The release will include a contact list, in-game chat, planetside environment “ArcCorp,” window shopping (non-purchasable item browsing to test the interface), and a “SimPod” positioned in the hangar to allow for a more integrated experience when transitioning to Arena Commander.

The SimPod has received early modeling and concepting, something we’ll be able to show in a more detailed article once some screenshot embargoes lift next week. Be sure to subscribe via YouTube, Facebook, and Twitter to ensure you spot the new post as it goes live.

With ArcCorp and planet-side landing, we’re told that players will primarily engage in shopping activities (“window shopping” at first) and social interaction. The first planet-side landing area will be extremely limited in its depth and size, but aims to test the interface and other planetary code.

Footage at the event showcased ArcCorp’s “Cubby Blast,” a weapons and armament shop selling explosives and firearms. Players can wander the store, physically peruse the wares, and then open the mobiGlas interface (interact with one of the shelves) to browse items in detailed list format.

Bartenders, medics, patrons, and other early NPC concepts were also shown alongside planet-side buggies. Roberts took an easy jab at his own game, making a “buggy textures” pun when demoing the textured models.

The interface attempts to fully-integrate with the game for a more immersive experience, eliminating many of the traditional in-game menus and maps. This is already exhibited in the Arena Commander module, where dog-fighters rely on in-ship computers for data, rather than a more classic overlaid HUD. As part of this integration, the interface takes on an augmented reality appearance, whereupon the player’s wrist-attached technology launches an item or character browser. An animation exists for this task, so passersby will be able to tell when a player is shopping, as indicated by the popped-up wrist interface.

Further demonstrating the UI, the CIG team next showed early renditions of the interface as it pertains to interstellar travel and system jumping. Sticking with the exclusion of traditional menus, the players pops-up a map on her arm, can navigate a 3D rendering of the universe, and then select planets to learn more about them.

MobiGlas can also be used to browse player character outfits and friends lists.

Quantum travel and jumpgate preview footage received the most applause at the Town Hall event. In video demonstrations, we’re shown a ship entering a wormhole (opened in “warp speed” fashion) and precisely turning to avoid collision with the outer walls of the wormhole. We’re told that, in order to keep immersion and player involvement high, the ship must navigate tightly through the space-time rift to avoid (effectively) falling out of warp or destruction. This is best shown in video form, which we embedded in the above interview.

Things are looking promising so far, but there’s a long way to go. Let us know in the comments if you have questions you’d like us to pass along to Roberts at the next event. Alternatively, tweet them at us.

A Quick Note on Crowd-Funded Games, As Always

We believe that, as journalists, it’s critical to remind gamers that Star Citizen is a crowd-funded game which is not yet released. The team – although very competent developers who are capable of delivery – is skilled at generating buzz, and it’s easy to get heavily invested in Star Citizen. We urge our readers to research all games heavily prior to any pre-release investment.