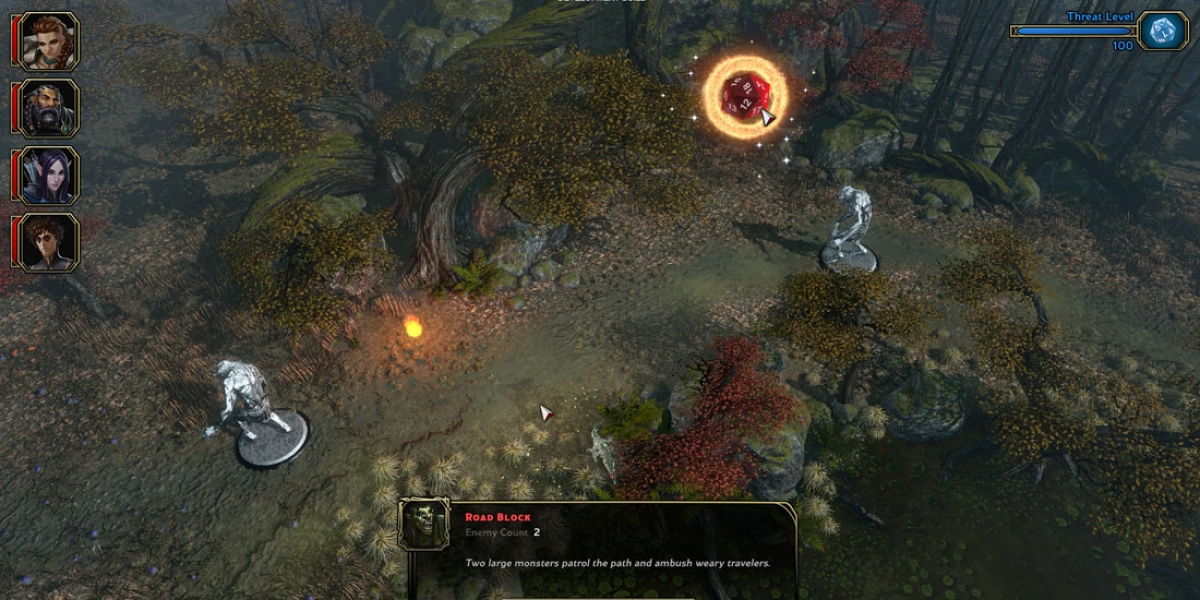 Dungeons & Dragons defined the role-playing genre in nearly every aspect of its modern representation. As video games became possible and grew in popularity, upstart game developers -- to include industry legend Richard Garriott -- began adapting their own D&D campaigns to PC gaming. This spawned the likes of Ultima and similar titles, but inevitably gave way to Baldur's Gates 1 & 2, Icewind Dale, Neverwinter Nights, and many more RPGs.

Classic RPGs with tabletop-like mechanics seem to be undergoing a bit of a resurgence right now. Shroud of the Avatar is being developed by Garriott's new team, Portalarium; Underworld Ascendant just received Kickstarter funding, presented by Paul Neurath's upstart; and now, Sword Coast Legends revisits gameplay elements introduced in Baldur's Gate, with the addition of a DM mode.

What is Sword Coast Legends?

Sword Coast Legends is a party-based role-playing game that uses the 5th Edition D&D ruleset, licensed by Wizards of the Coast, and takes place within the Forgotten Realms universe. Gamers may be indirectly familiar with Forgotten Realms via R. A. Salvatore, the prolific fantasy author who worked on Kingdoms of Amalur. As the name would indicate, our time as players will be spent along the very well-developed Sword Coast, the home to Amn, Baldur's Gate, and other well-known fantasy locations.

The game, developed by n-Space, puts players in control of a party of four adventurers, focusing on story-driven gameplay and tactical combat. Combat can be thought of as vaguely similar to Bioware titles, namely in that it uses pausing and single action queuing for more strategic gameplay.

DM mode is unique. Sword Coast Legends' DM mode allows a Dungeon Master -- the role assumed by a tabletop RPG's organizer and overseer -- to build the player's experience by way of direct "hand of god" interaction with the world. For those unfamiliar with tabletop RPGs, we feel it's important to point-out that the DM (or GM) is not competing against the player; rather, it is the DM's job to fascilitate a fun, intriguing adventure by carefully building campaigns (stories) and encounters.

In Sword Coast Legends, the DM uses her "threat level" to place monsters, lock doors, set traps, or otherwise manipulate the dungeon. Threat is effectively the currency for the DM, and can only be regained by building a rewarding scenario for the player. If the DM is responsible for a "TPK" (Total Party Kill) as a result of an unrealistically challenging encounter, the DM will actually lose threat level as a reminder of her role. Bringing parties to the brink of death -- without wiping the party -- is rewarded with more threat.

Tabletop players know that DMs often "fudge" die rolls to ensure a party isn't over- or underwhelmed with combat and encounters. To this end, Sword Coast Legends grants DMs the ability to promote and demote monsters, dynamically remove or add monsters from play, and directly assist or hinder the player's party in combat. The DM can also conceal doorways to create secret treasure rooms, awarding parties that actively search, or plan ambushes at the height of tension.

The DM is represented as a wisp on the screen, so whenever the DM is near, the player knows that the wisp represents the cursor location.

Although not much could be discussed at the meeting, Sword Coast Legends will feature a "campaign mode" that allows DMs to author, map, plan, and execute a custom D&D campaign in-game. We don't have any details beyond this at the moment, but it's a critical item of note. As in the video interview above, we were told that campaigns can extend effectively forever, as in the tabletop game.

Sword Coast Legends is among the most promising video game releases we've seen for the RPG space in recent years. The game is a true return-to-roots for D&D cRPG fans and, if delivered properly, offers a unique gameplay mechanic that greatly extends longevity of the title.

The graphics and aesthetics are befitting of a D&D RPG and, while not employing thrilling visual effects technology, are appropriate and not overbearing. For a game like this, we much prefer the clean, unified aesthetic with simpler graphics technology to a game that over-invests in visuals.

Gameplay looked natural and enjoyable for the player controlling the party, with pause-and-play combat advancing as one would expect for a title like this.

Bear in mind, as always, that this was a press demo and the game is still under full development. We know that 2015 is the release target, but not much beyond that. We advise our readers to thoroughly investigate all games prior to pre-purchase or pre-release investment (and generally discourage such investments, as we don't have a full picture until release copies are in our hands).

We'll keep you updated as the game moves forward. So far, it's the most promising title we've seen at GDC thus far.