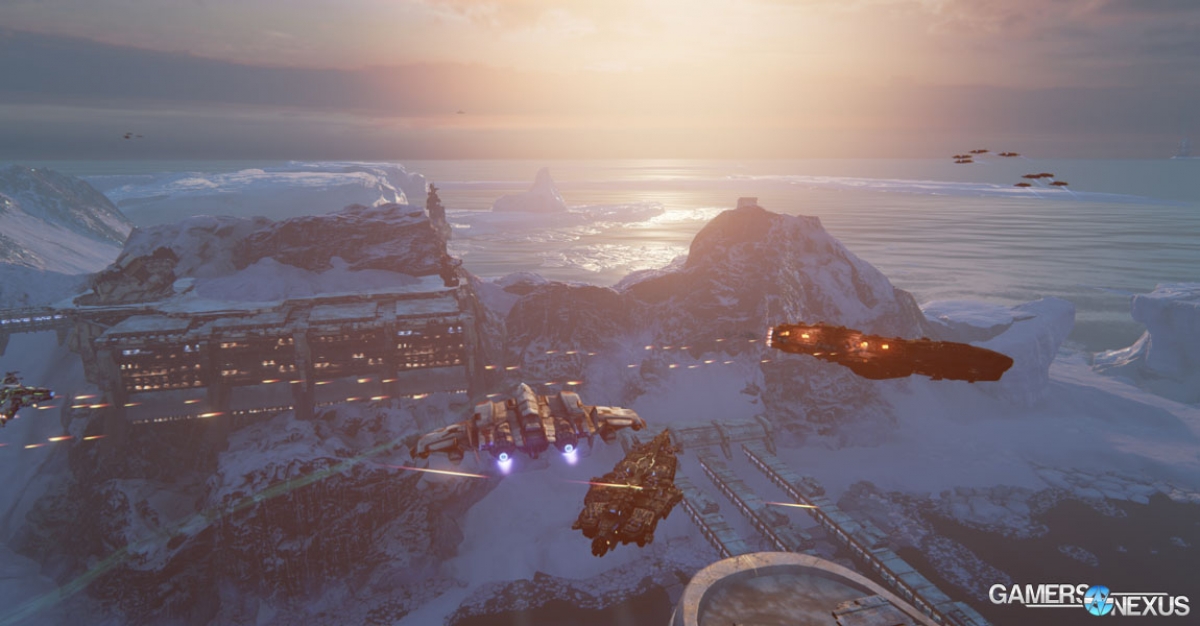 Our first hands-on with Dreadnought explained the game's positioning in what feels like a saturated space game market. Dreadnought, unlike many of its counterparts, is not a space sim and is paced more like an FPS. The game pits players against one another in 5v5 space combat using massive ships, each manned with hundreds of crew. To this end, the game moves away from the commonality of small-scale dog-fighting combat and plays more like a naval battle.

The game's new Team Elimination mode plays more like a traditional Counter-Strike match, wherein players spawn strictly in a round-based format; the destruction of ships eliminates that ship until the next round, as in CS, but introduces new mechanics to reduce boredom during the remainder of the combat. Upon death, players respawn as a small fighter pilot – something I tested extensively – and can contribute tactically for the remainder of the round. The fighters don't necessarily cause massive damage, but working as a team, three or four fighters could take down a tactical cruiser or hinder it to a point of strategic advantage.

On the note of strategy, the fighters are best employed for their tactical gains than for damage output: Allied ships can use fighters as a warp point, allowing them the ability to effectively ambush enemies near the fighters. Similarly, fighters can work independently to aid in spotting enemies; in my playthrough, I was able to spot a cloaked cruiser and take a few pot-shots at it, decloaking and unveiling it for my larger Dreadnought brethren.

We had the opportunity to discuss monetization, gameplay mechanics, and Dreadnought's place in the market in the above video. Game Director Peter Holzapfel explained that Dreadnought is best meant for gamers who don't want yet another space sim, and would rather have a game for drop-in style play. Further, Holzapfel expanded on the necessity of figuring out an adequate payment model that allows the game to survive long-term, but doesn't allow pay-to-win transactions. All of that in the interview above, alongside Dreadnought gameplay footage from the new Team Elimination game mode.