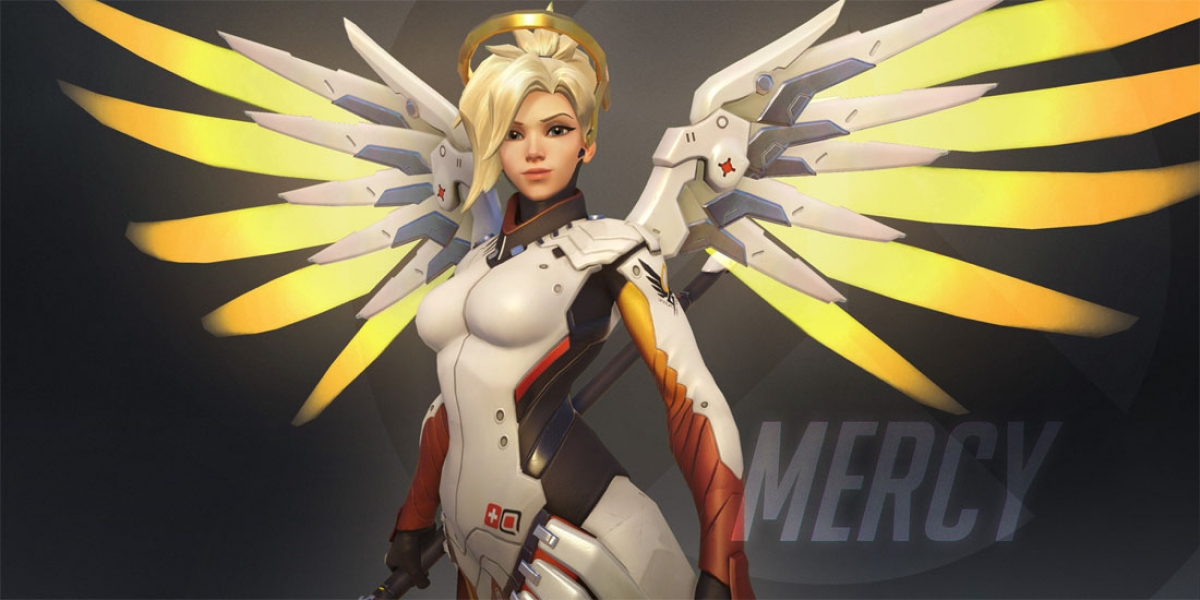 The map showcased in this video is “Temple of Anubis” on the Point Capture game mode. The map is atop the Giza plateau.

An Angel of Mercy if I ever saw one. Mercy is a mix of a medic and support unit.