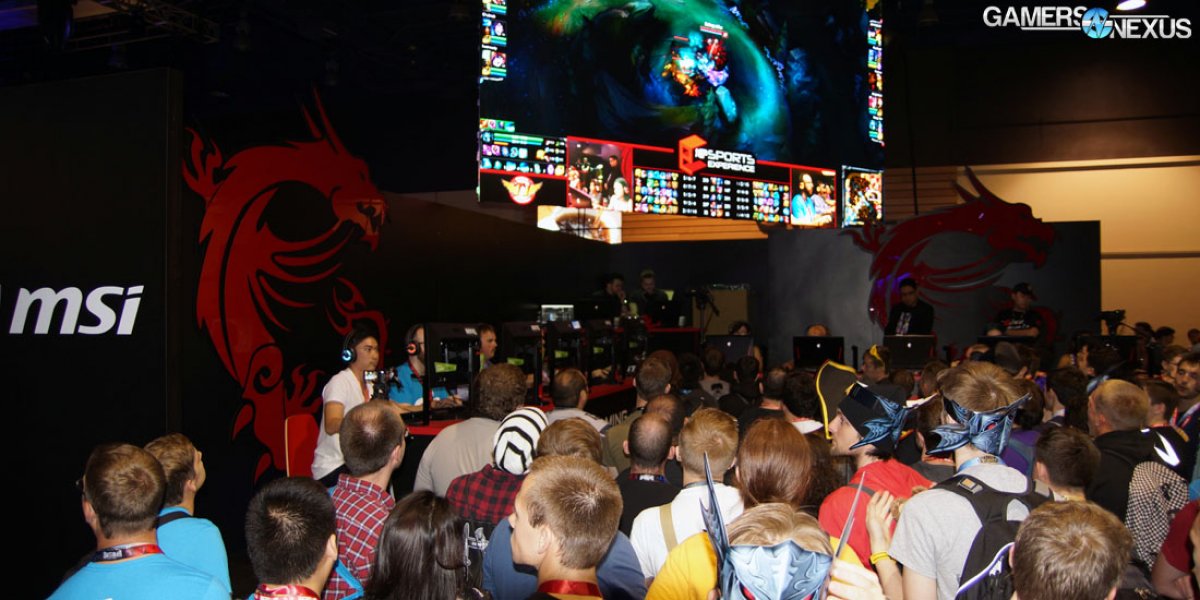 MSI showed up with one of the largest booth spaces this year, rivaling (and surpassing) some AAA game companies. To kick off the event, they brought out pro-players for StarCraft II – including the infamous likes of Hydra and Innovation and, the man himself, Jaedong. Players from the Korean team SKIT T1's League of Legends division will also be present – a notable including Faker – who I'm told is kind of good at the game.

Attendees of PAX are being invited on stage to play League of Legends in pro-like fashion, including commentators who do live shoutcasting on the matches.

The height of the events, though, are the finals of the “Masters Gaming Arena” in Heroes of the Storm. Eight teams were invited to compete via regional qualifying events. Teams such as MVP Black, Team Liquid, Virtus Pro, and Cloud 9 were able to make the cut. These teams spent (and are spending) their time at PAX playing for the $50,000 prizepool. Attendees at PAX Prime had ample room to see the matches in MSI's viewing area; this is on top of the live broadcast via Twitch.

Mostly, we were just happy – well, maybe “nostalgic” is the better word – to see StarCraft II at an event.

The majority of the other eSports on-site were conducted at the Twitch.tv and Wargaming booths, where commentators casted matches and streamed live. Dreadnought (interview forthcoming) had a pair of commentators casting on-the-floor matches of the new space 5v5 game, though it's not something classifiable as an “eSport.” At least, not yet.