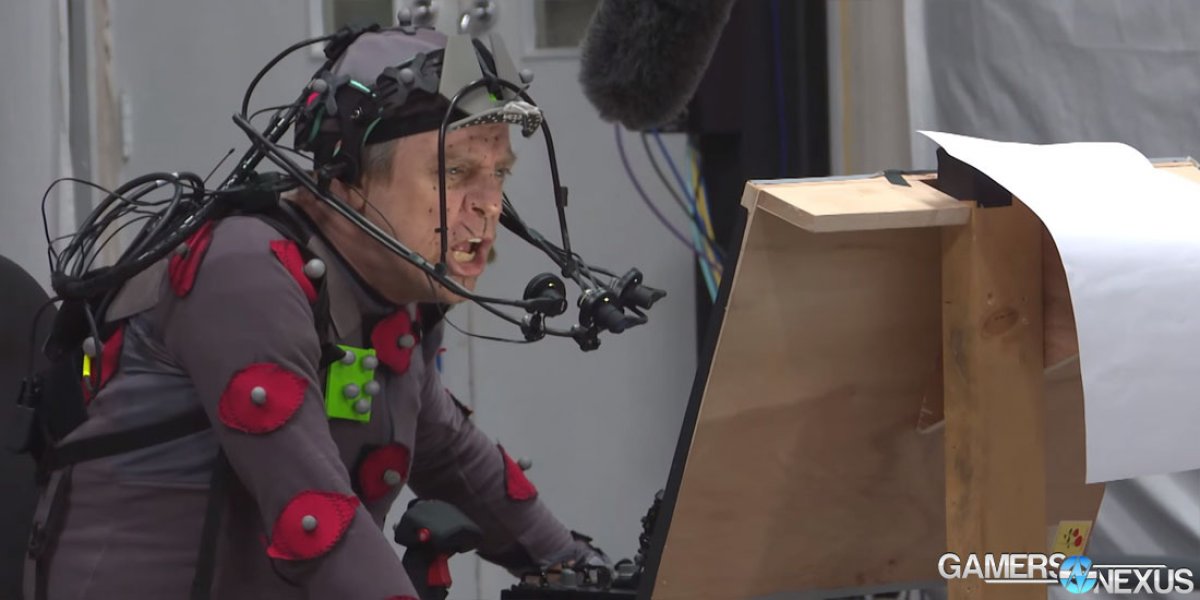 Lieutenant Commander Steve “Old Man” Colton seems a fitting name for the role assumed by Mark Hamill, best known as Luke Skywalker in the Star Wars movies. That name, alongside some behind-the-scenes footage of the actor's performance capture, were both released today by Cloud Imperium Games and the Squadron 42 team. To catch up on previous developments for the SQ42 universe, check out our post detailing Star Citizen's Alpha 2.0 and Hollywood cast.

Performance capture is a mix of motion capture, which uses unflattering body suits and sensors to map human movement to digital coordinates, and acting. The Squadron 42 team decided to forgo more traditional games industry “mocap” in favor of voiced acting with 3D coordinate mapping, allowing professional actors – Mark Hamill and Gary Oldman included – to really dig into the material. Across the games industry, it's popular for captured actors to quip about the tight-fitting suits worn, and Hamill's now part of that group.

“Every medium's different, you know? With motion capture, you have a camera on your face at all times. […] Everyone's dressed exactly the same, which is a wonderful equalizer.” Hamill goes on to explain the sensors and suits before saying, of the CIG team, “I have great trust in the people that are doing the heavy lifting.”

CIG's Chris Roberts, CEO and Chairman behind the Star Citizen project, said of Hamill's “Old Man” character: “We talked about making 'Old Man' this sort-of crotchety, Clint Eastwood character, and then Mark's like, 'well, I think I kind of want to go more Lee Marvin.” The team went with Hamill's suggestion, commenting positively as the veteran actor changed vocal inflections to cast a more gritty tone in his dialogue.

“It really is stripping down to the essence of what acting is all about – it's like we're playing Robin Hood or Zoro in our backyards when we're nine-years-old […]. This is just a really elaborate, technical version of game-playing you played as a kid.”

For more information on Star Citizen and Squadron 42, we'd suggest checking our 30+ video playlist of interviews, news recaps, and touring coverage of the game.