DICE: PC Gamers Get "The Shaft" Too Often 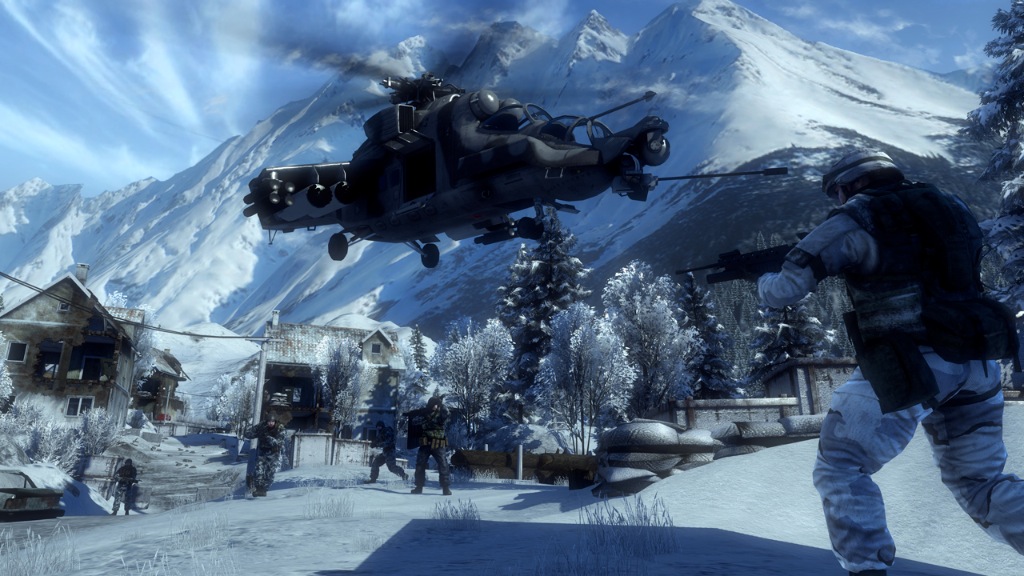 In light of the recent Infinity Ward insanity, DICE has decided to capitalize on the PC gamer revolution in effort to establish themselves as the more understanding of the two companies.  DICE community manager "Zerk" answered some pressing console gamer questions on the Battlefield: Bad Company 2 forums, taking several opportunities to note why PC gamers deserve some of the features left out of the console version of Bad Company 2.  We've quoted him below.  If Infinity Ward's decision angered you, we recommend you read the whole thing - it's... heartwarming.

Forum Member MAIN.Emperor Sulla wrote: What we want is a game discussion. WHY is the PC getting stuff that a console should get as well?

Alright Sulla, here is a discussion on the issue from DICE's viewpoint on a range of topics.

DICE feels that because the console versions of the game is at such a lower resolution (1280x720), compared to PC resolutions (as high as 2560x1600), that prone was breaking the fast paced action of the game and that it was too camper friendly. When DICE played with prone on consoles other players were nearly impossible to see while prone (until it was too late), and the matches often resulted in a camping festival between the defending team and the attacking team, complete with smores and campfire songs. The overall atmosphere felt slow, and the game wasn’t at its full fast-paced potential. When DICE played the matches with the prone turned off, it forced camping players to put more thought into their hiding spots, and it gave the attackers less of a disadvantage being able to see who was shooting at them and resulted in more fast paced gameplay. People like yourself can go on and on about how in real life prone is the most important battle stance in a firefight, but obviously this isn’t real life, and you should play ARMA2 or something if you really want it, or purchase the PC version

Now, the reasons the PC platform are getting seemingly “better” features in the game are a result of DICE ignoring the PC user base for the past 3-4 years and this is a homage to the PC platform, and also because it’s a lot of things that PC users simply deserve. If you have played games on the PC for the last ten years you would know what I’m talking about, otherwise I won’t even try to explain... Also, k1ll8 saurav is completely correct about the difference of player’s between PC and consoles, and dedicated servers for PC’s are a must for any game like this on a PC platform, so don’t take it the wrong way. I don’t know DICE’s stance on clan support for the console version at this time, they have been back and forth on the topic and I don’t know why. If I find out I’ll let you know

Regarding player count on the pc…PC’s for obvious reason have much more powerful tech, thus allowing much more flexibility with things such as increased player count, so it would be flat out stupid to not take advantage of this and make the game more worthy of being on the PC instead of a direct port from a console version. You may say that this isn’t fair, but it really is and everything balances out (hey, we don’t get a slick Xbox LIVE interface and if I wanted that then I should play the xbox version). If you wanted a more powerful game, you should have bought a more powerful platform, plain and simple.

Prone- I don’t consider prone a real feature to get all excited about for the PC version, but I suppose people like you have proven me wrong. Regardless, as of right now prone is not going to be on the console version and I gave the reasons above.

Last but not least, the PC platform is usually expected to put up with a lot more “crap” compared to consoles. While consoles may get the game on a certain date, PC users typically have to wait much longer for the same game, but in turn, they get the game for a lower price because there are no licensing fees like consoles have, and typically they get a few more perks thrown in compared to consoles just for good measure. PC customers are a much tougher crowd then consoles are so we have to appeal to them in as many ways as possible, but why not? They deserve it after having a steady history of constantly getting the shaft. Also on a side note, If it wasn’t for the PC platform you wouldn’t be playing the game on consoles right now.

Anyway, regarding prone -because there is still plenty of dev time, there is a slim chance in can end up implemented in the game... but because of the reasons I stated above I want to emphasize that it is definitely a slim chance.

So there you have it, the Battlefield team wants to make sure PC gamers know somebody loves them.  Let's just hope that they aren't only trying to slam IW sales.