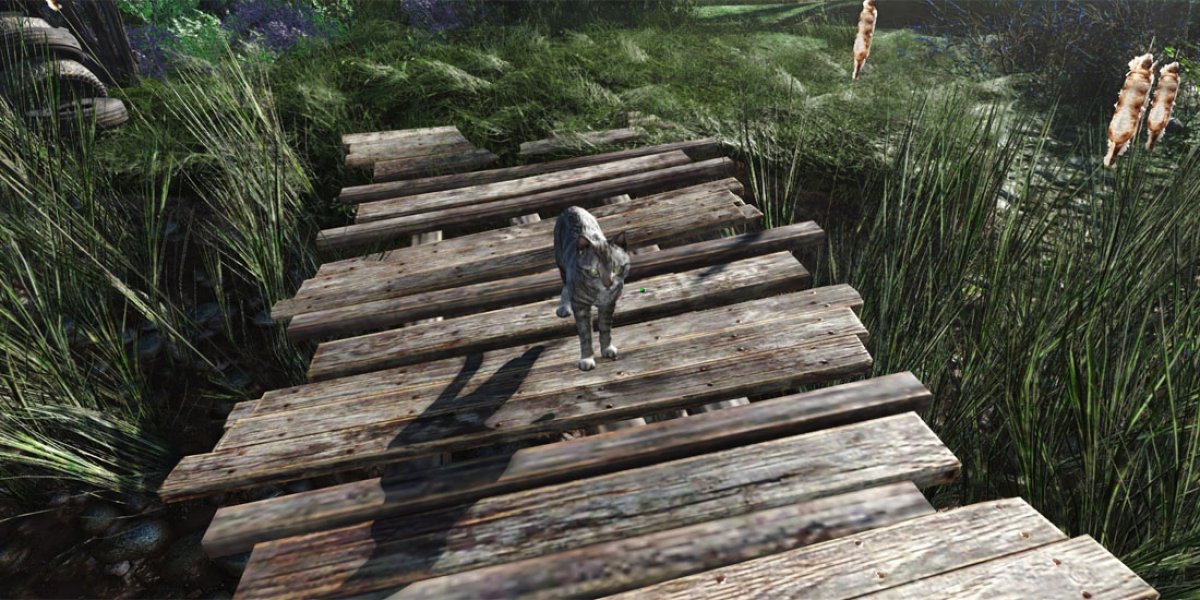 Links to each of the week's major stories can be found in the script below, for anyone seeking more information. The script is posted as a service / accompaniment to our news recap video and often contains phonetic guides in-text.

Hey everyone, I'm Steve from GamersNexus.net and this is your weekly, game news recap!

A new Fallout 4 mod adds seasons to the Wastelands, bringing a change of pace to the desolate terrain by adding desolate winter and desolate spring! Hey, there's only so much that a mod can do. The new mod makes for bright springs filled with green scenery, gray winters wrought with steep snow banks, somber falls with changing leaves, and fiercely bright summers.

In its current state, the mod does not dynamically update season based upon in-game clock; players must install the mod's season which they most want, then leave it as such until manually updated. The modder hopes to implement dynamic seasons in future iterations of the mod.

As a reminder, Fallout 4 doesn't yet have an official toolkit, so all of this is being done with limited resources, overwrites, .ini [I-N-I] files, and some carryover Elder Scrolls tools.

Activision's Call of Duty franchise has remained a front-runner for the games industry for years, its sequels regularly topping retail charts. Black Ops III has just been named as the best-selling, physical retail game for 2015 in a new study by the NPD Group. The analysis doesn't include digital sales – which basically eliminates PC from the list – but still provides a look at popularity of games sold predominantly to console or casual players.

On that list is Call of Duty with 250 million copies sold, followed by Madden NFL 16 and Fallout 4, then Battlefront in fourth place. Grand Theft Auto took fifth place for physical retail sales for 2015.

In a shrinking market for physical, boxed goods, and considering that almost no PC players buy stuff in-store these days, that's a small cross-section of the industry. Luckily, we've got some Steam stats for you, too.

A new report by Medium.com uses Steam Spy statistics to dig-up Valve's unrivaled success in its winter sales. The report looks at sales volume for games during Winter sales, and ultimately concludes that Valve's volume has increased by a staggering 50% over the Summer sale.

The Winter Sale, as Medium calculates, should have netted about $270 million in gross revenue for the digital games publisher.

In order, top sellers are: Counter-Strike: Global Offensive unchallenged in first place with 575 thousand sales, though “only” $4 million in revenue; Rocket League with 407 thousand in sales, at $5 million gross; GTA V with 339 thousand; Fallout 4 with 310 thousand, though the highest revenue; and indie title Undertale with 312 thousand sales, grossing 2.2 million in revenue for the small developer.

ESPN, the largest sports broadcasting network in the US, has historically had conflicting opinions about the world of eSports. We've heard broadcasters say they'd sooner quit than commentate on DOTA players, for instance, and that's just woefully ignorant of the future of gaming.

In a new announcement, ESPN looks like it's finally catching-on to gaming as a professional, competitive sport, and as such the network will begin covering eSports. ESPN launched a new hub to eSports, where the network promises to cover gaming events and has already made moves to employ known eSports reporters.

Interestingly, Activision CEO Bobby Kotick promised to turn MLG – which Activision just acquired for $46 million, before shuttering the old name – into the, quote, “ESPN of eSports.” In its hopes to do so, Activision-Blizzard on-boarded Steve Bornstein, former ESPN CEO, to head-up Activision's eSports network.

The last bit of weekly news wraps with Intel's Extreme Masters Challenge, or IEM. The next Polish IEM event will feature Intel's “Extreme Masters Expo,” a women's CSGO league, and aims to post $30 thousand in prizes for Counter-Strike: Global Offensive. The event will be hosted March fourth to sixth this year, the same time as IEM proper.

The $30k in prizes makes this one of the largest women's eSports events to-date, and should showcase some intense FPS match-ups. Definitely worth a tune-in.

That's all for this week's gaming news recap! Be sure to check out GamersNexus.net for ongoing, well-written coverage, and hit that 'Patreon' link in our post-roll video to support us directly! I'll see you all next time.