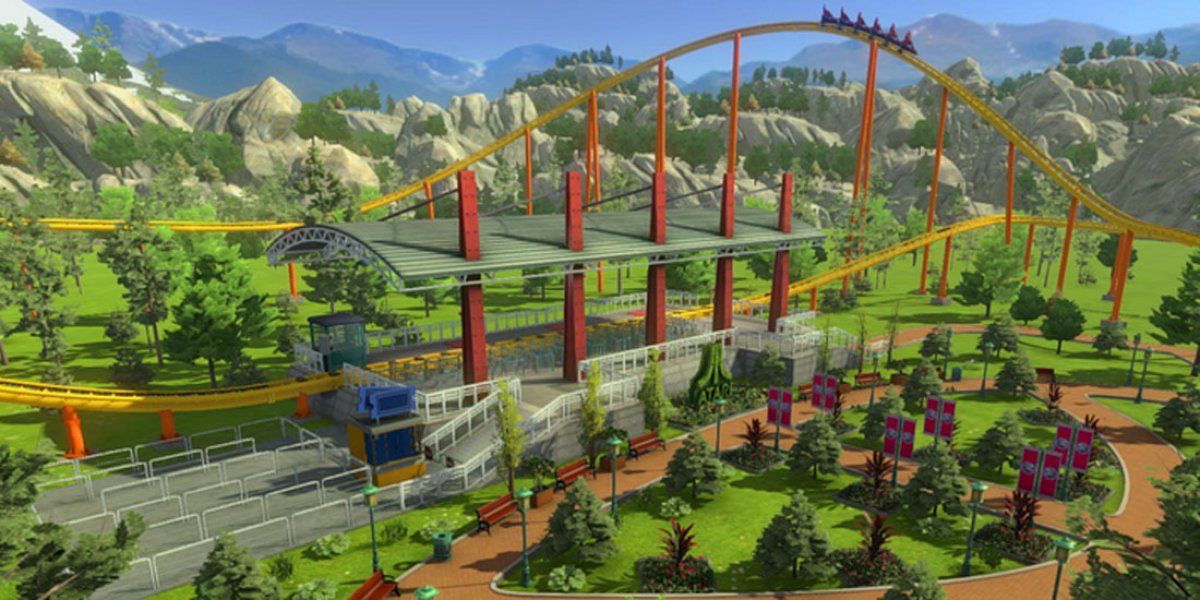 The result of Atari’s most recent delays is today’s announcement, which re-revealed that RCTW would take advantage of the Steam Workshop -- something we discussed on-camera with Atari at PAX Prime. Users will be able to use Unity-compatible 3D editing programs to make their own content and features, and some examples from Atari include -- quote -- “a new type of tree, a Tiki idol, a rocket ship, or a whole volcano.” Which rules out any Polynesian Space Program theme parks for the launch product, but hopefully someone will make all that.

Beyond just making objects however, players who take advantage of the system will be able to post them to the Steam Workshop. This would allow anyone to download them and place them into their own Polynesian Space Program theme parks. UGC will also be compatible with the game’s “Piece-by-Piece Custom Structure System” -- allowing players to combine multiple features into one larger feature (Volcano-Rocket?). However, Atari has also stated that this feature won’t be available on launch. This isn’t the first time we’ve seen user generated content, some games like Cities: Skyline and Dota 2 have made it work. Cities: Skylines very closely resembles what RCTW is trying to do, and we’ve made plenty of comparisons to it in past videos. The Cities: Skylines approach allows fairly plug-and-play objects and modded assets, making life easy for players who want to change-up gameplay without committing to complete overhauls.

Atari’s blog post did not provide commentary on whether the content will be monetizable, but given the fiasco with Steam’s Workshop and Skyrim, that’d seem a poor choice for any game at this time.

In the same blog post, it was suggested that the launch date would be announced soon -- that is, unless they have to bring in another developer. Or delay and host another woefully criticism-riddled beta. The bold, brave, and very interested can pre-order the game through the official site, but with multiple changed launch dates and the utter absence of one of the planned beta periods, who knows what you’ll end up with or when.

Third launch date’s the charm. Subscribe for follow-up coverage of RollerCoaster Tycoon World and hit that Patreon link in the post-roll video to support us directly. Thanks for watching, I’ll see you all next time!