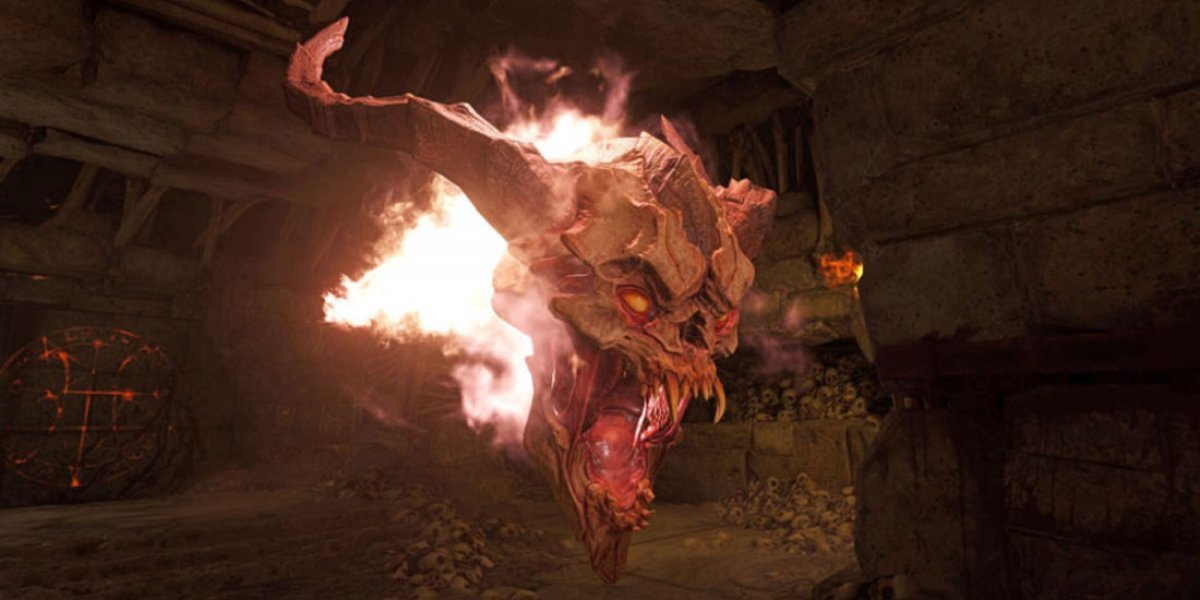 The team played on the new nVidia GeForce GTX 1080 graphics card and demonstrated an active-play, FX- and combat-intensive framerate ranging from 120 to 200 FPS. That card, revealed last night by nVidia, is priced at $600 and outperforms 2x SLI GTX 980s. This is made possible by its 2560 CUDA core count and overclocked >2GHz clockrate, further aided by GDDR5X bandwidth of 320.23GB/s and 8GB of G5X DRAM fro Micron.

DOOM's framerate was locked to 200FPS due to a game timing bug (which is being resolved) triggered by >200FPS throughput. Settings were not specifically disclosed, but looked to be pushed toward their maximum output.

DOOM will post its Vulkan API update “shortly after launch” on Friday the 13th next week.

For more information on the previous Pascal architecture launch, GP100, check our architecture deep dive. The release of the GTX 1080 and GTX 1070 is covered here.