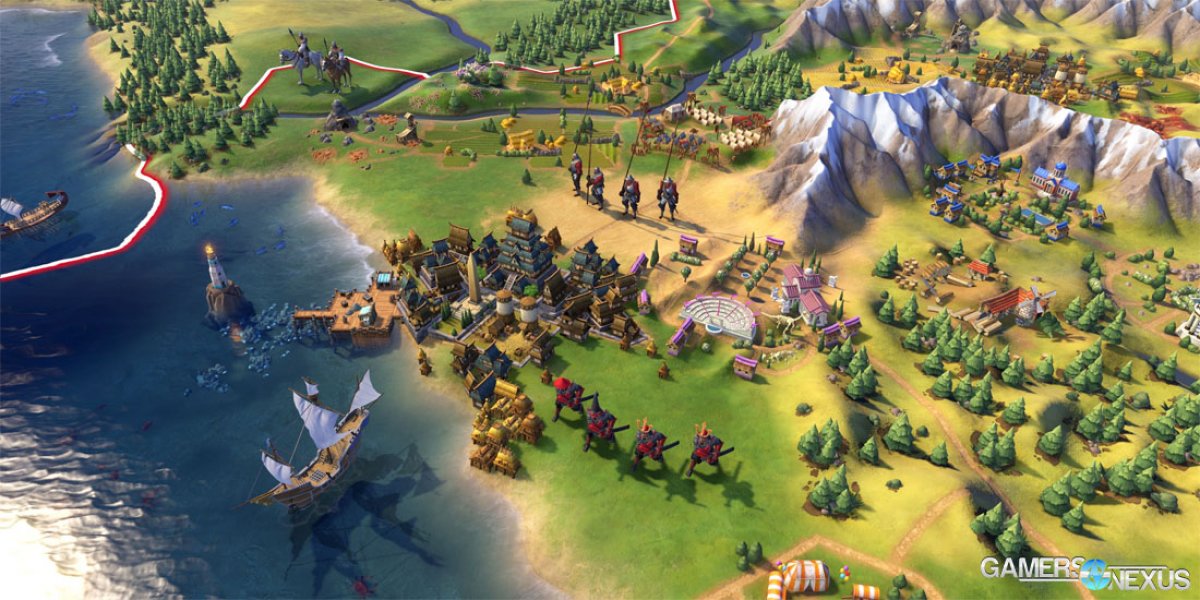 Civilization VI is being built by the same team within Firaxis that developed Civ V’s expansions, Gods & Kings and Brave New World. Civilization VI’s core game mechanics follow in the footsteps of Civ V. Many of the new features introduced in the previous title will also be present in Civilization VI; chiefly, the use of hexagonal tiles in place of the square tiles found in older Civ games. But Civilization VI is also bringing some new ideas of its own into the mix. In order to create a more varied gaming experience, each time the player begins a new game the cities are being “unstacked,” as lead designer Ed Beach puts it. What this means is that the city on a single tile won’t be able to perform every task the player would want it to on its own. Cities will need to spread onto surrounding tiles, with each tile specializing in its own function -- research, production, cultivation, etc.

Another key part of this is research. The research system in Civilization VI is being called the “active research system.” The Active Research System functions by giving the player bonuses to research based on the natural resources found. If a quarry spawns near a city and that city’s owner begins excavating it, it’ll offer bonuses to masonry research. Combined with the way cities spread and develop now, gameplay will require more reaction from the player and civilizations will develop more naturally.

Stylistically, Civilization VI “is inspired by the maps and tools of the Age of Exploration,” says Beach. This theme is wholly appropriate to how the new mechanics should encourage players to spread their cities and seek out new resources. Civilization VI has a release date of October 21st this year.