Taken on the new Titan X Pascal video card, this No Man's Sky screenshot was exclusively sent to GamersNexus and shows the game completely maxed-out at 4K. We're looking at something like "ultra" settings, with sliders and all toggles enabled, from what GN was told. We received the image from Hello Games earlier today, who will be shipping the game on PC in a matter of hours.

No Man's Sky is procedurally generated, so it'll be difficult to do a side-by-side comparison with consoles. The full-size image can be found below. 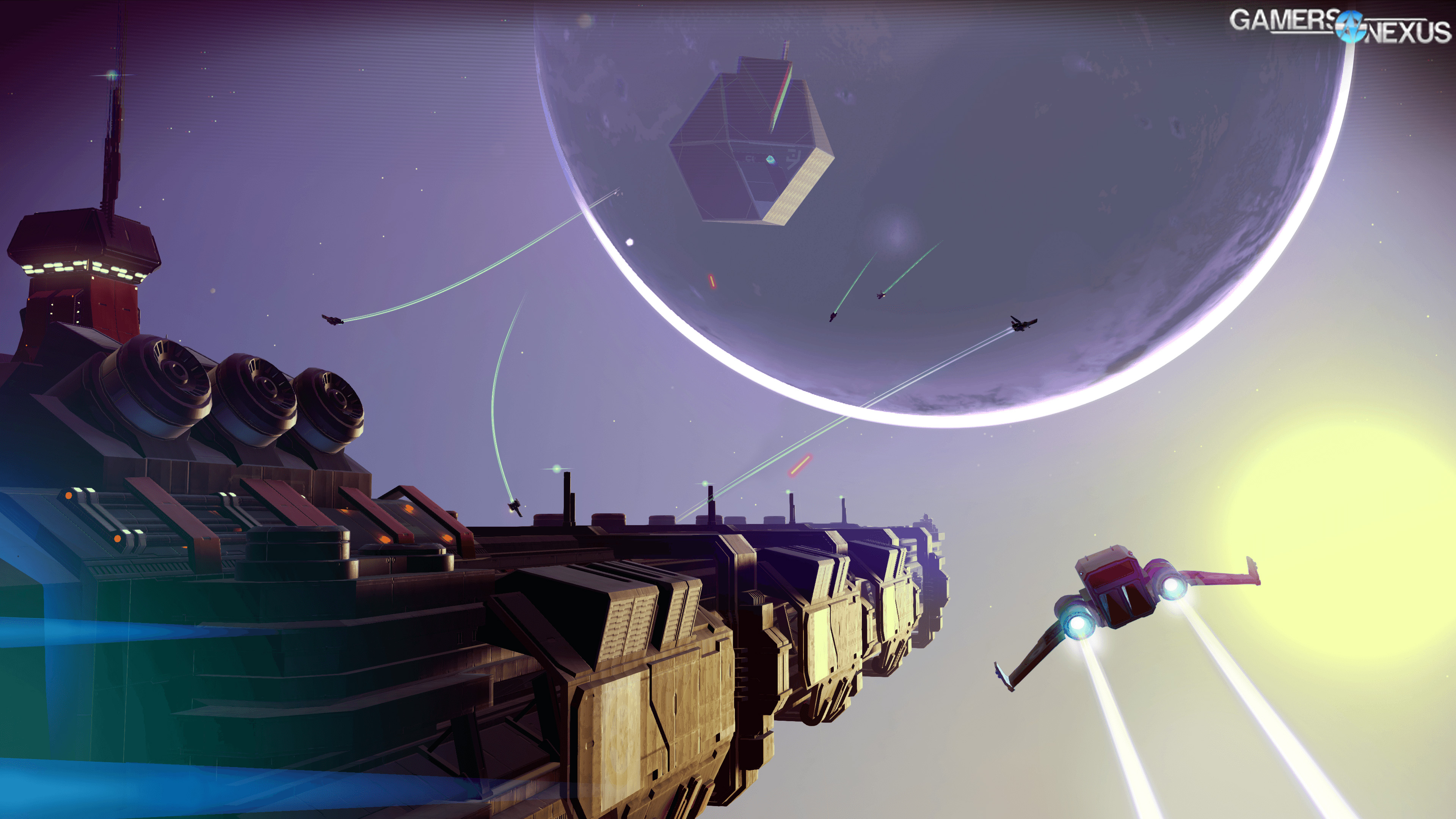 The screenshot shows the player character's ship being navigated past a geometrically complex destroyer (of sorts), populated with intensely detailed meshes and high-resolution textures. Minimal aliasing issues are seen around the propulsion trails of ships in the distance, given the 4K resolution and AA settings.

As for No Man's Sky and its GPU benchmark performance on PC, we'll be working on it in the immediate future and will be able to update shortly after launch with performance metrics.