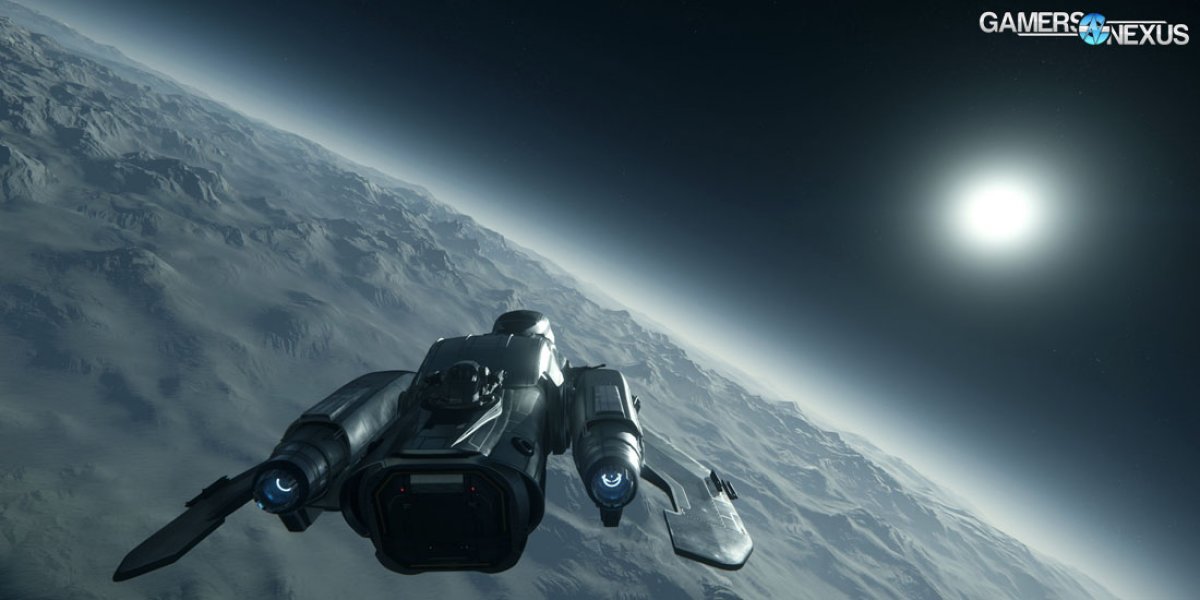 "We are going to use it as a tool for universe building. I know a lot of people think Star Citizen is purely hand-crafted and that something like Elite or No Man's Sky is all procedural, but the reality is that all of these games have a mix of hand-crafted and procedural stuff in them."

Roberts further noted that procedural generation will be deployed modularly to help during world and universe creation, and went on to discuss voxel tech.

Today, CIG showed the first example of what we discussed with the team in 2014. 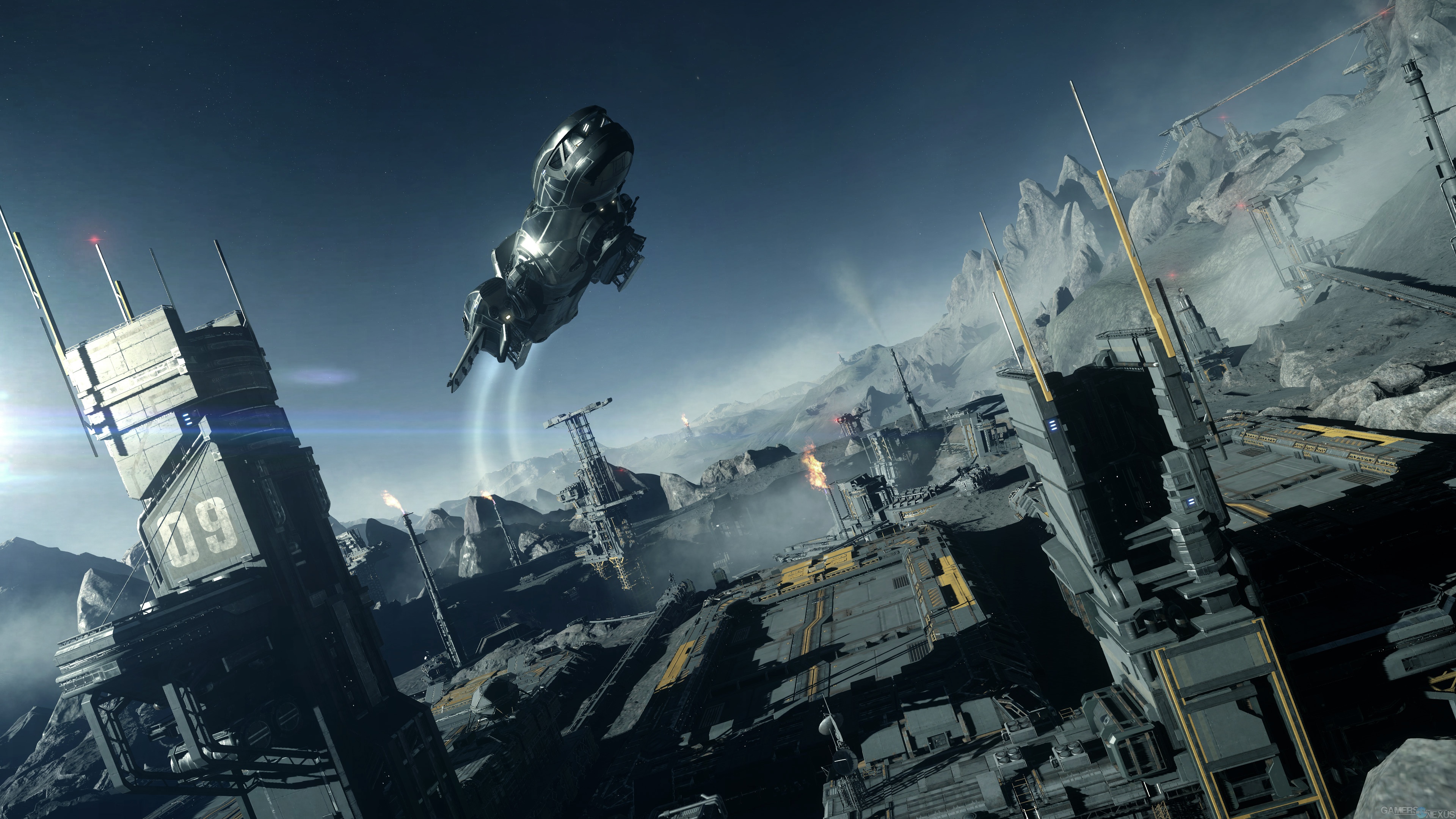 The Gamescom demo will ultimately feed into version 3.0, which the team is hoping will be out by end of year – though it's generally best not to get too attached to that release target. Port Olisar is shown in the demo, with our players using quantum drives to reach a space station orbiting Delamar, the demo planet. Planet-side technology is shown during the transition to Delamar, during which period procedural generation is shown (see hi-res Star Citizen screenshots in this post) as the creator of Delamar's terrain. 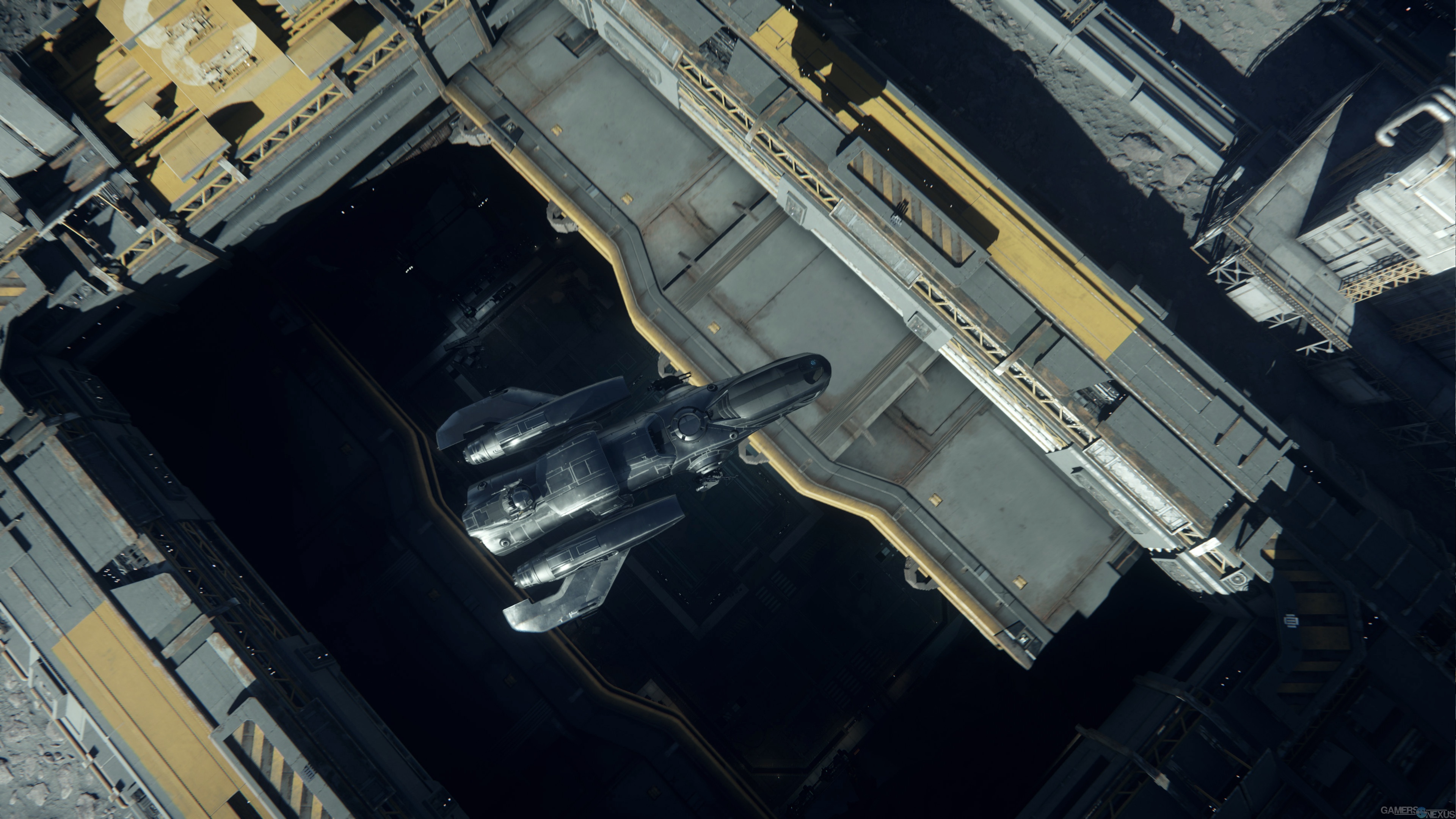 “Levski,” a planet-side settlement, provides a bar with mission-bearing patrons, who send us to a damaged Starfarer ship for investigation. Here, we EVA to the ship and find bodies suspended in air, pirates, and a Dragonfly that we can use to return to the ship.

It's at this point that Delamar's moon comes into play – the pirate cove, of sorts – and provides more combat engagement.

Procedural technology is shown in the planet's topography and horizon. The team definitively told GamersNexus that “nothing is being drawn in, just like it would look in real life” – so this isn't a 2D textured background that's being “tricked” into view. 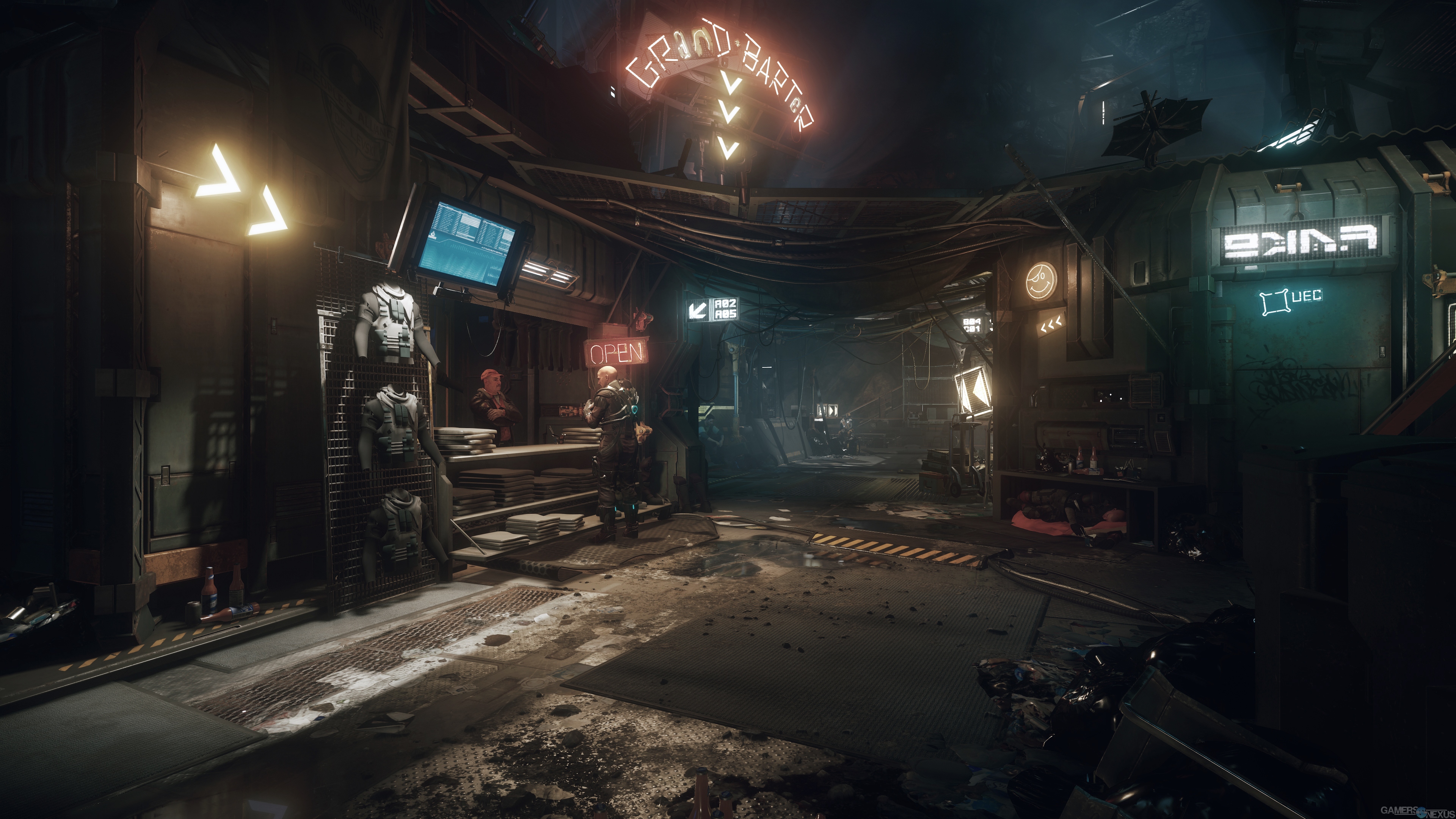 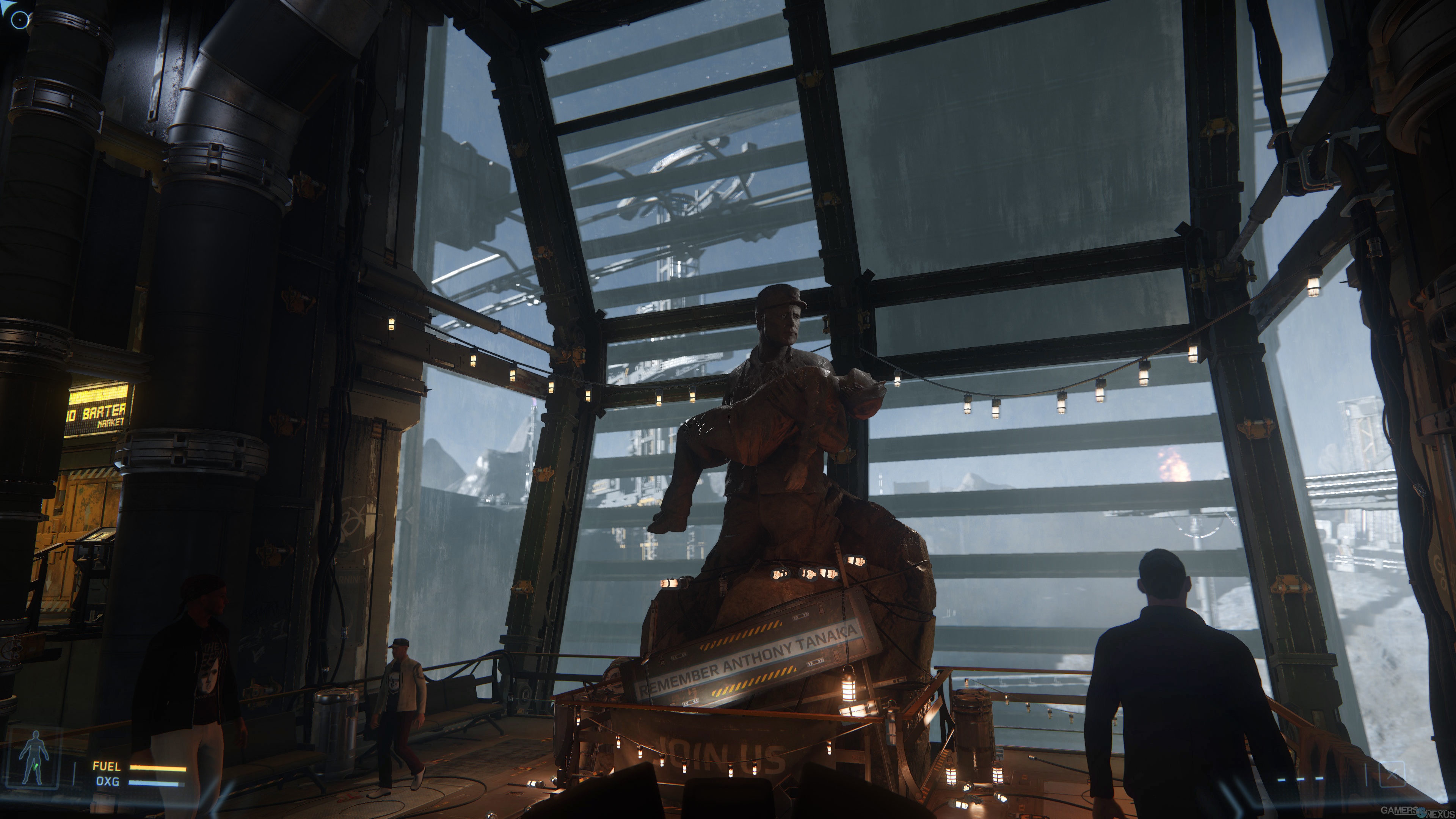 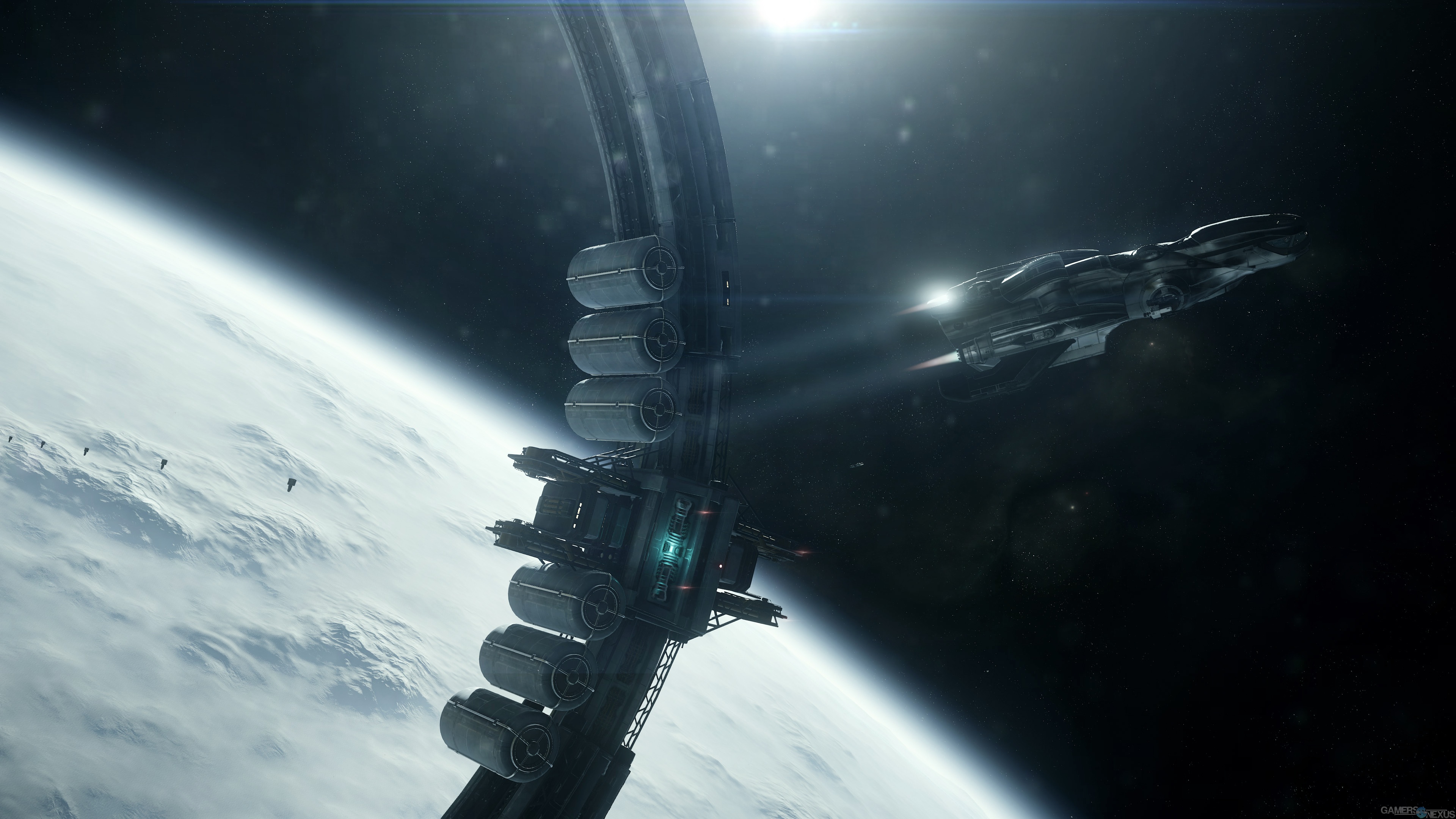 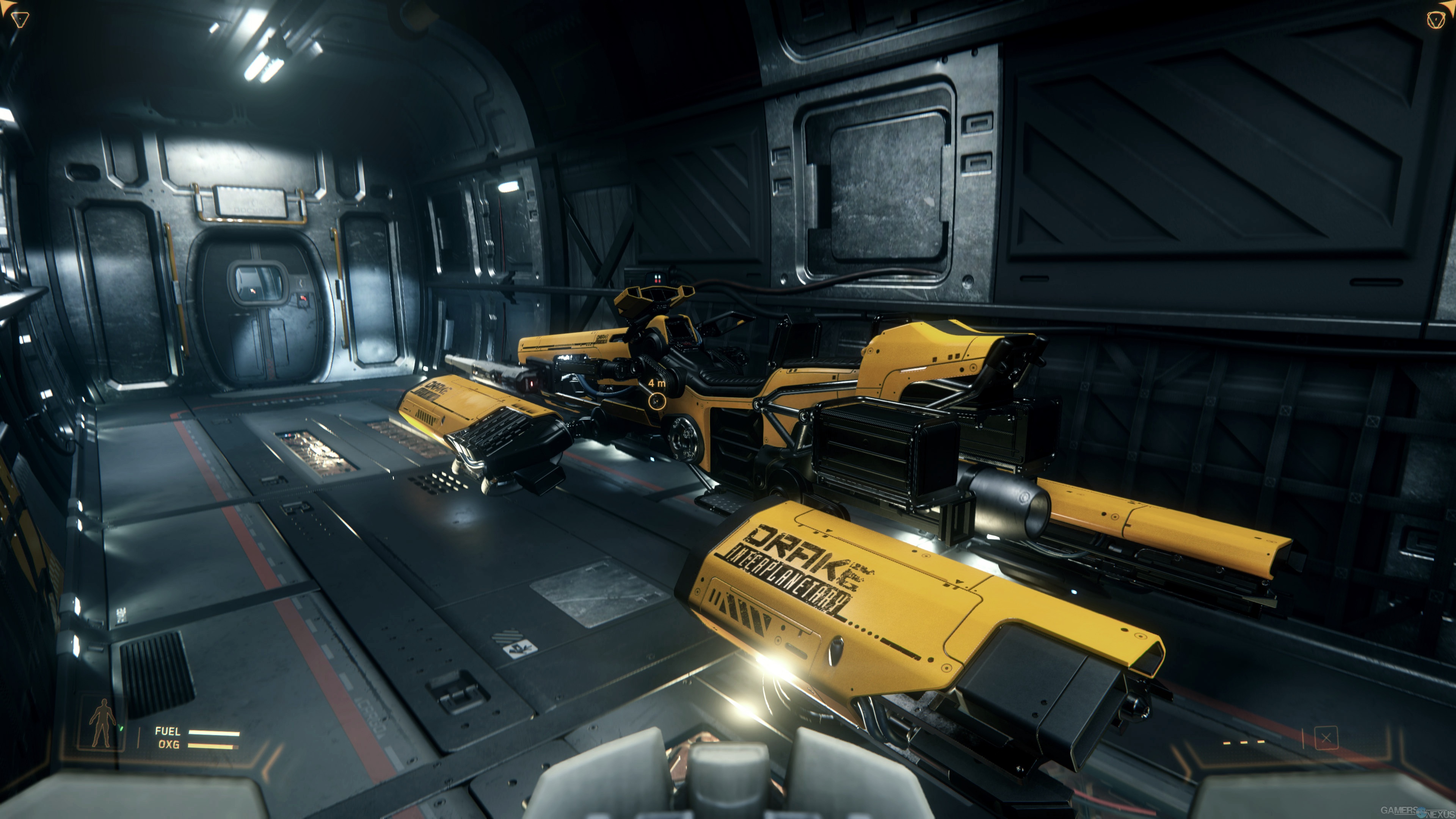 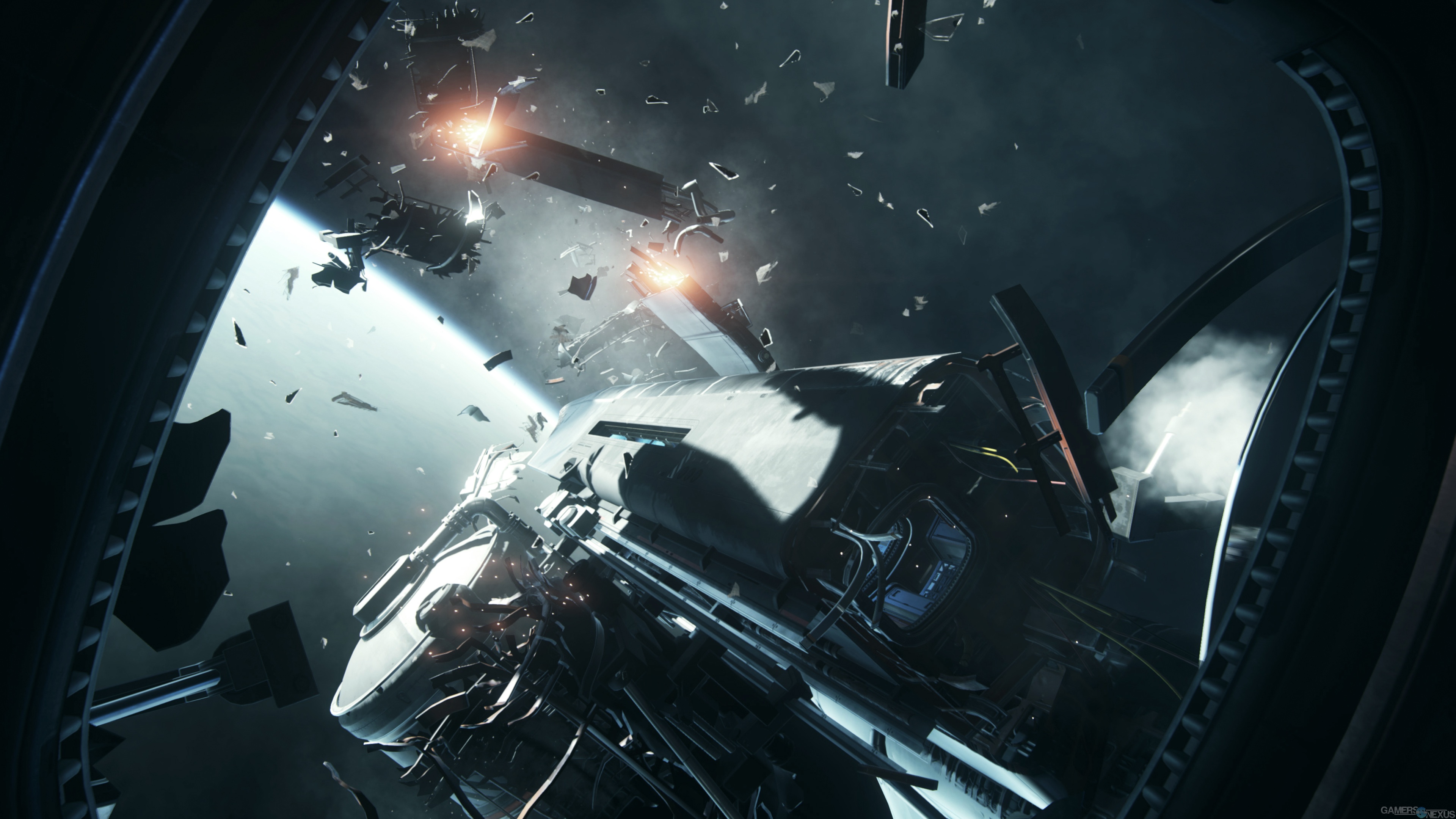 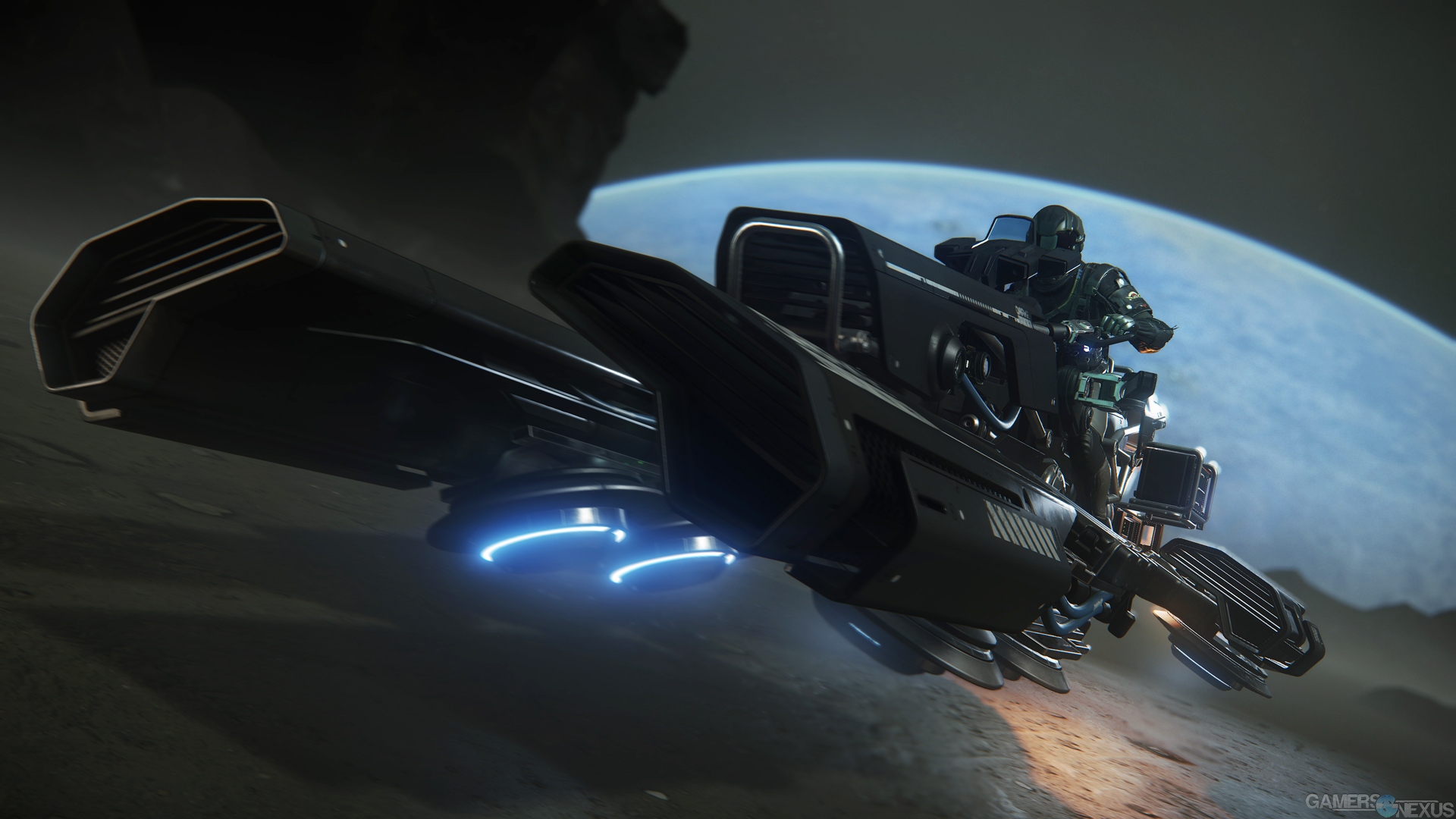 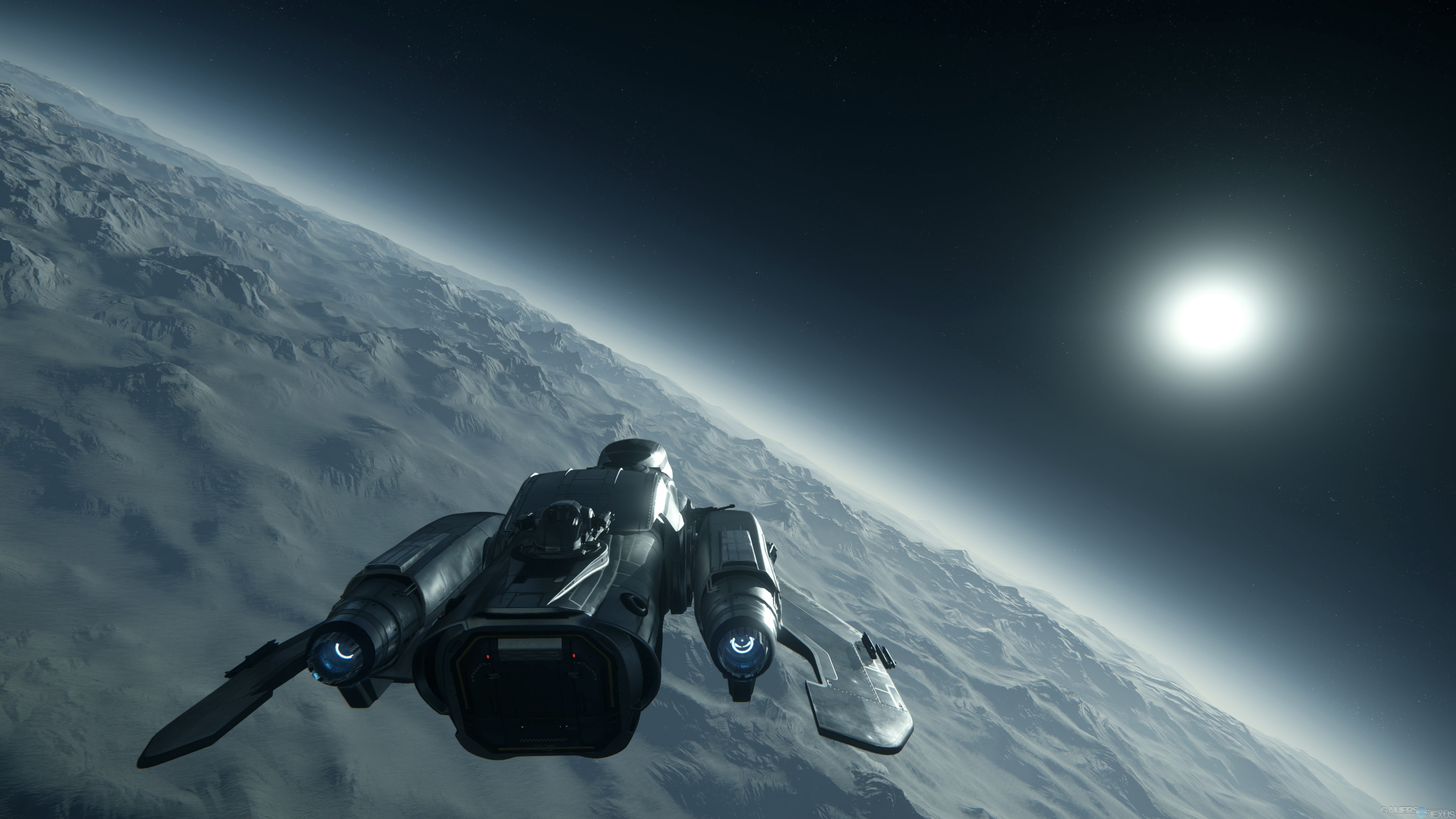 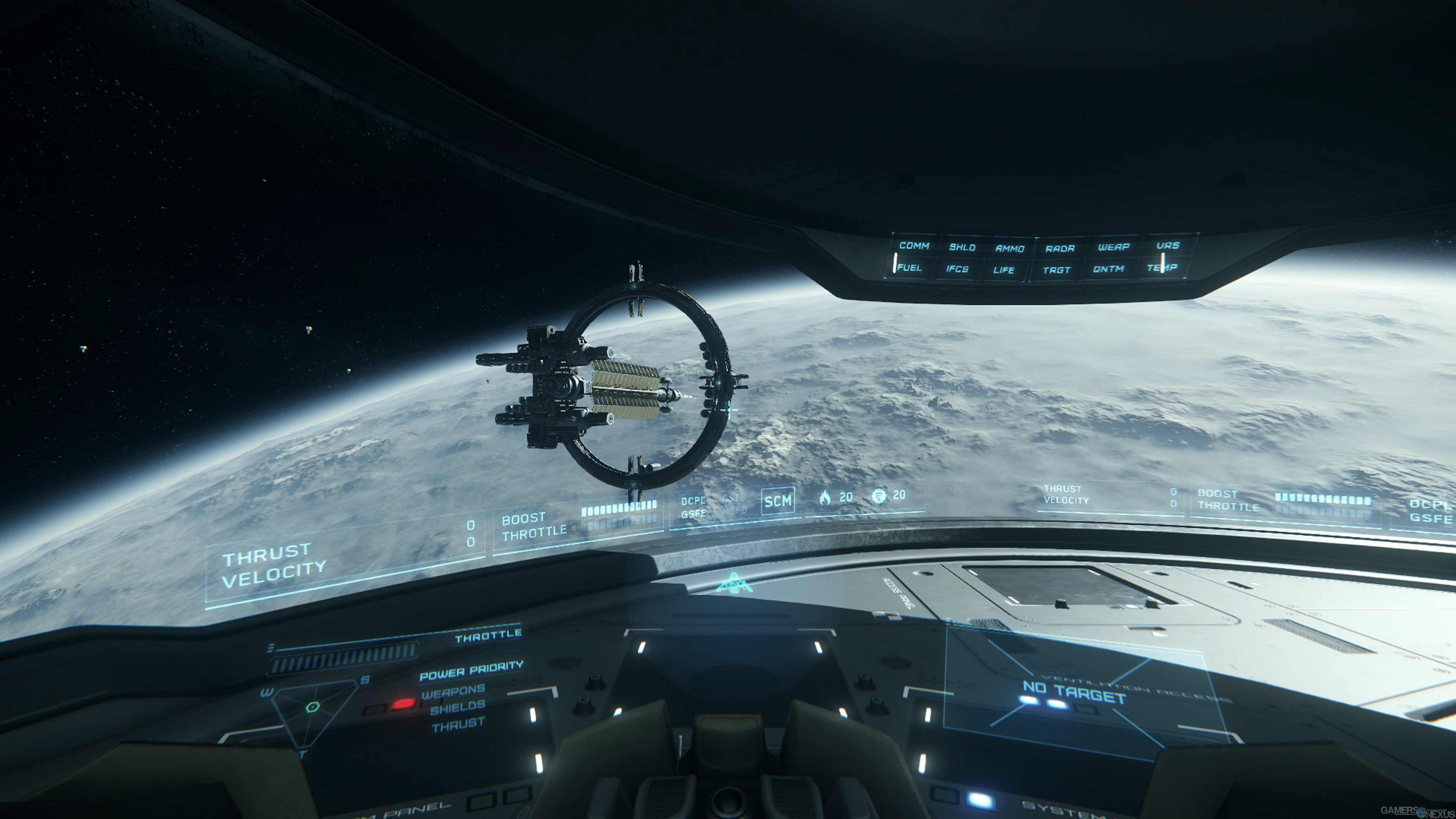 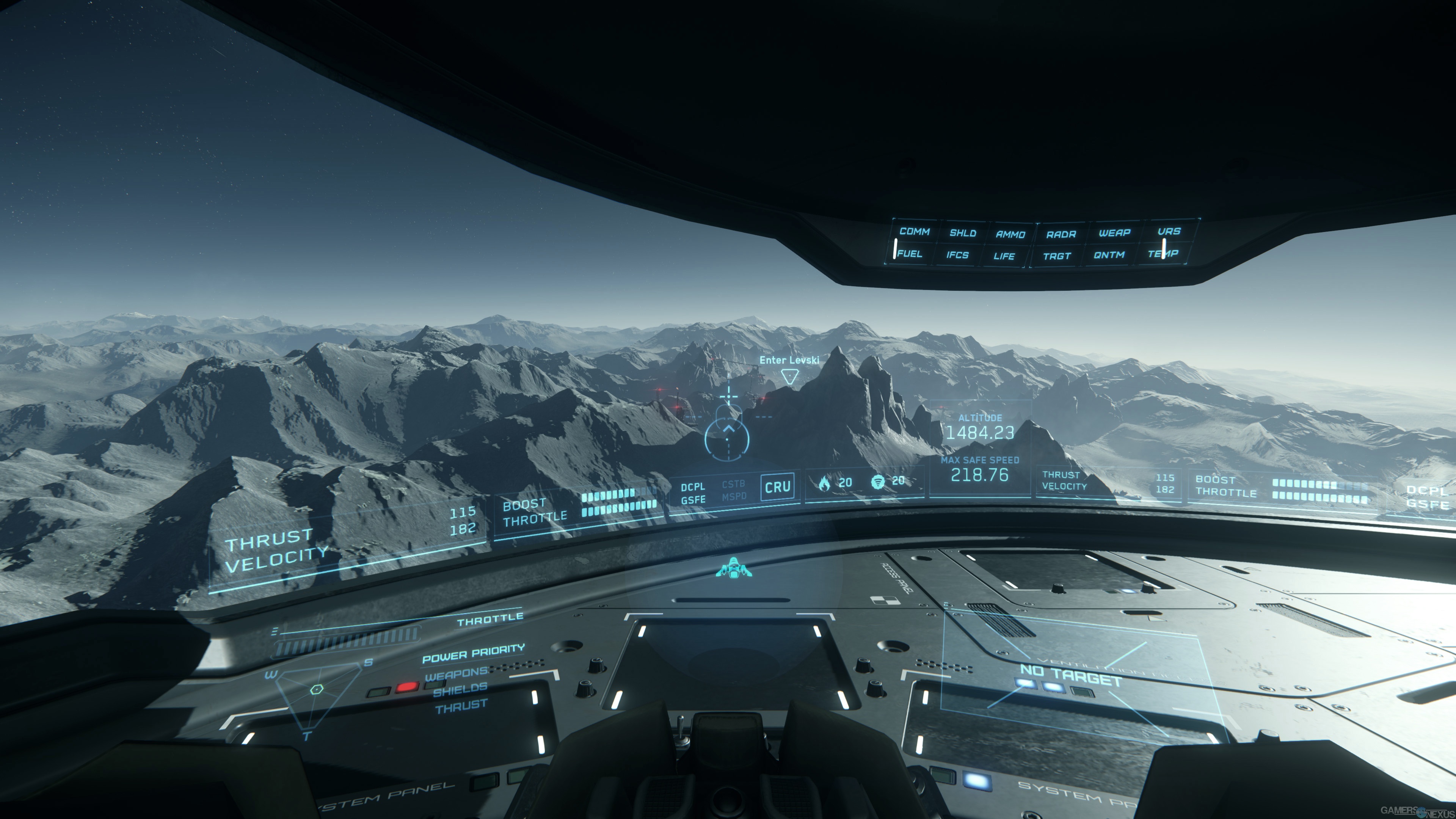 There's been major growth in the past year for the CIG team. We hope to make another visit to their offices later this year.