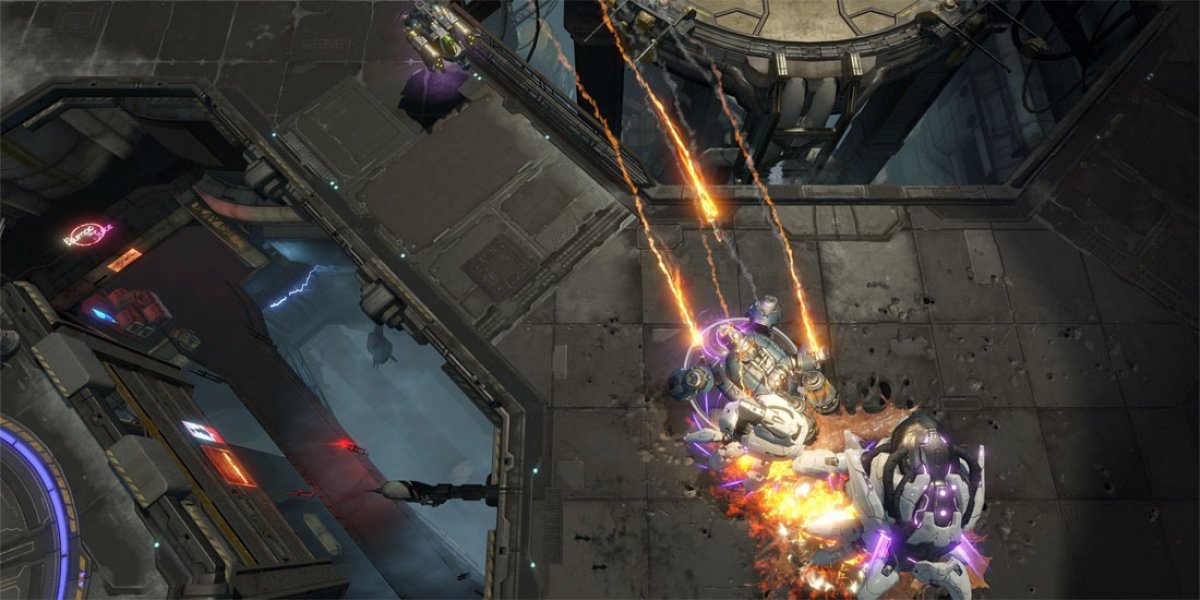 The match runs fifteen minutes and the victory is awarded to whomever scores the most points. Alien hives line the maps – and there are multiple maps, like most RTS games – and contain a “sportsball” equivalent object. That ball can be delivered to a central uplink on the map, awarding a point to the player. Points can also be obtained from map control, e.g. capturing and holding multiple vision towers simultaneously.

The rest of the gameplay can be seen in the video interview below, but we didn't address one interesting point in the below video: The engine and its impact on input latency. Coinciding with our just-published mouse click latency testing, competitive players should be happy to hear that Dropzone's engine drives down input latency to a range of 1-2ms. This is done using a ground-up built engine by Sparkypants, the developers, which avoids the bloat found in pre-built do-it-all engines currently on the market. The team is comprised of experienced developers who've collaborated on several titles, so this isn't the first time they've endeavored to build or maintain custom engines.