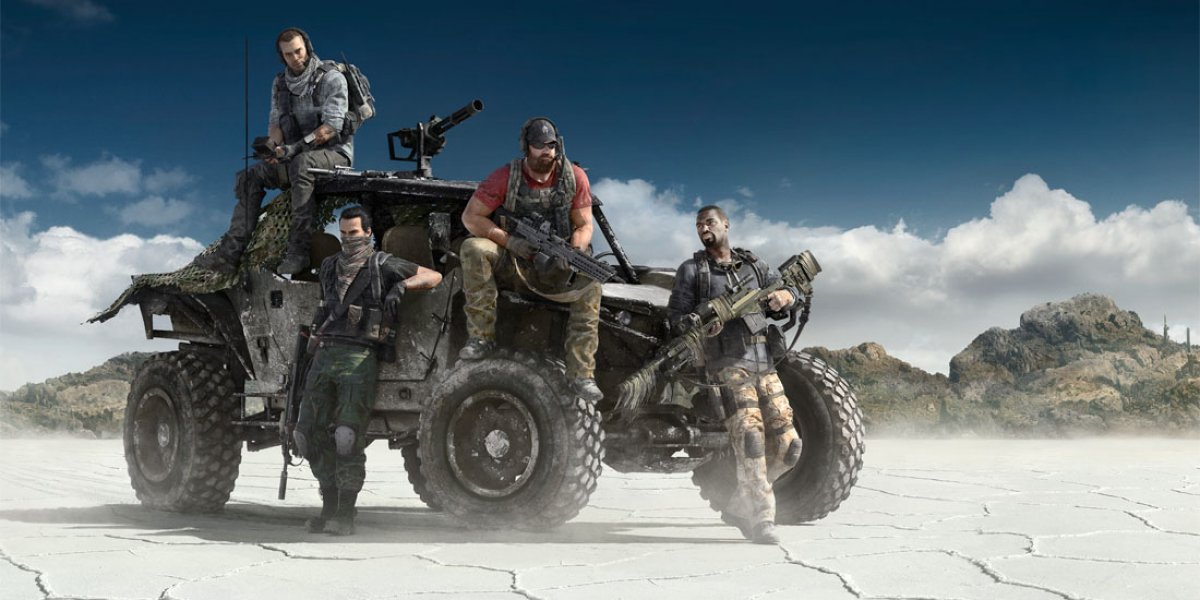 2017 will be home to release dates for some assuredly popular PC games, both exclusives and cross-platform. With AAA games like Resident Evil 7 (already released), Mass Effect Andromeda, and For Honor all being released within 1H17, the first half of the year is shaping up to be big for PC gaming. That said, the rest of the year seems lacking -- at least, from our current vantage point -- without much hype for anything outside of the expected annualized titles.

Today’s list of PC games for 2017 contains AAA and indie titles and their release dates, looking into the future for game launches this year. 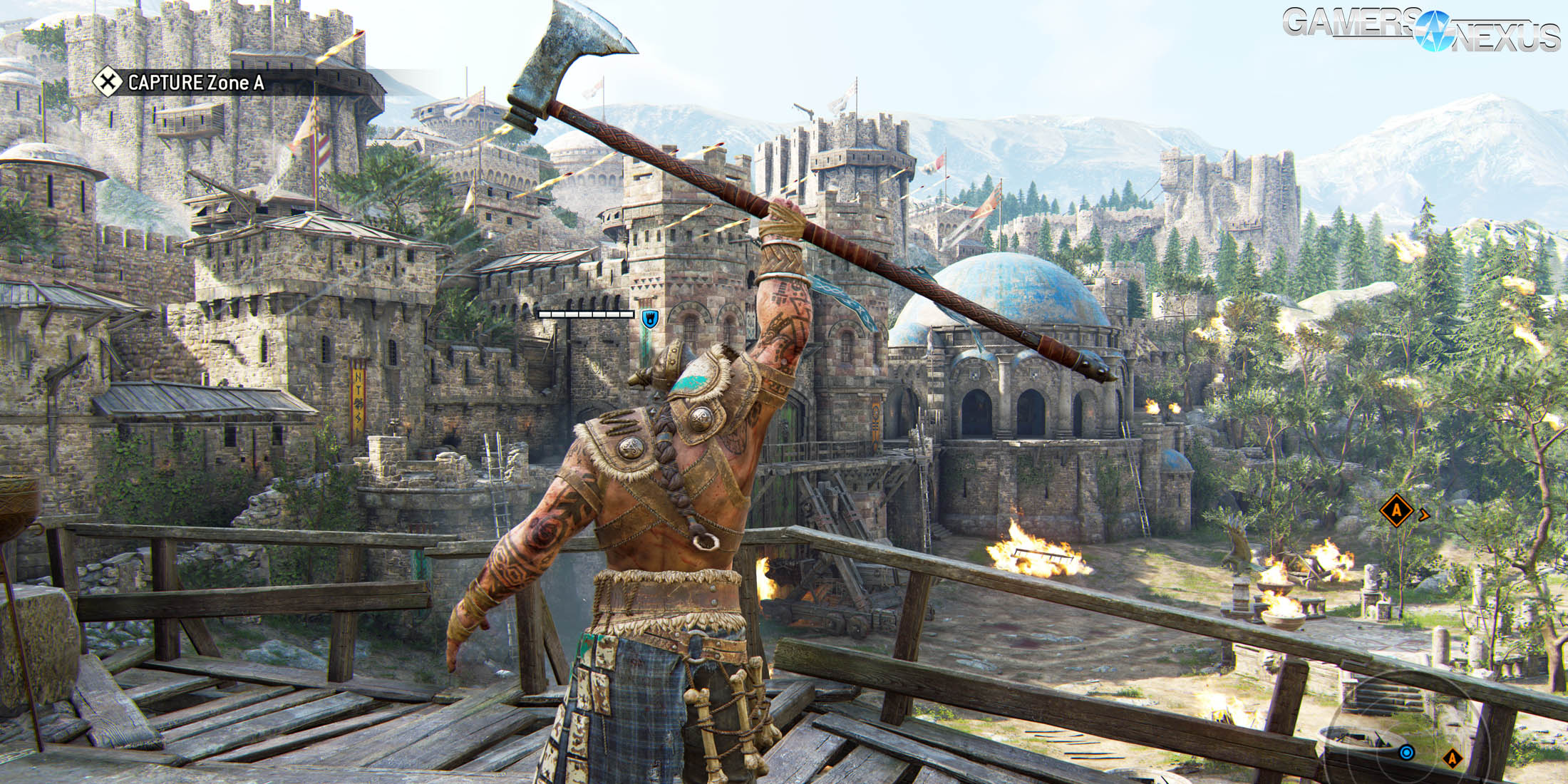 For Honor: For Honor released Monday, February 13th and is a hack-and-slash combat-based game with strategic elements. Players can chose from Knight, Viking, or Samurai, all of which differ in gameplay and strategy. Gameplay is similar in structure and competition to an FPS, the main difference that it’s a third-person slasher -- but match structure is nearly identical to Domination from most FPS titles. For Honor will have a campaign as well as PvP and cooperative modes. GamersNexus benchmarked 12 graphics cards on the For Honor beta, though we hope to revisit the final title shortly.

Sniper Elite 4: Sniper Elite 4 is a third-person shooter set in Italy during WWII. Users play as an Elite Italian sniper who takes advantage of hazards and other world environments to eliminate enemies and remain unseen. The shooting mechanics will make players account for wind and gravity for long distance shots, providing a challenging experience for FPS fans. Sniper Elite 4 was released Tuesday February 14th. 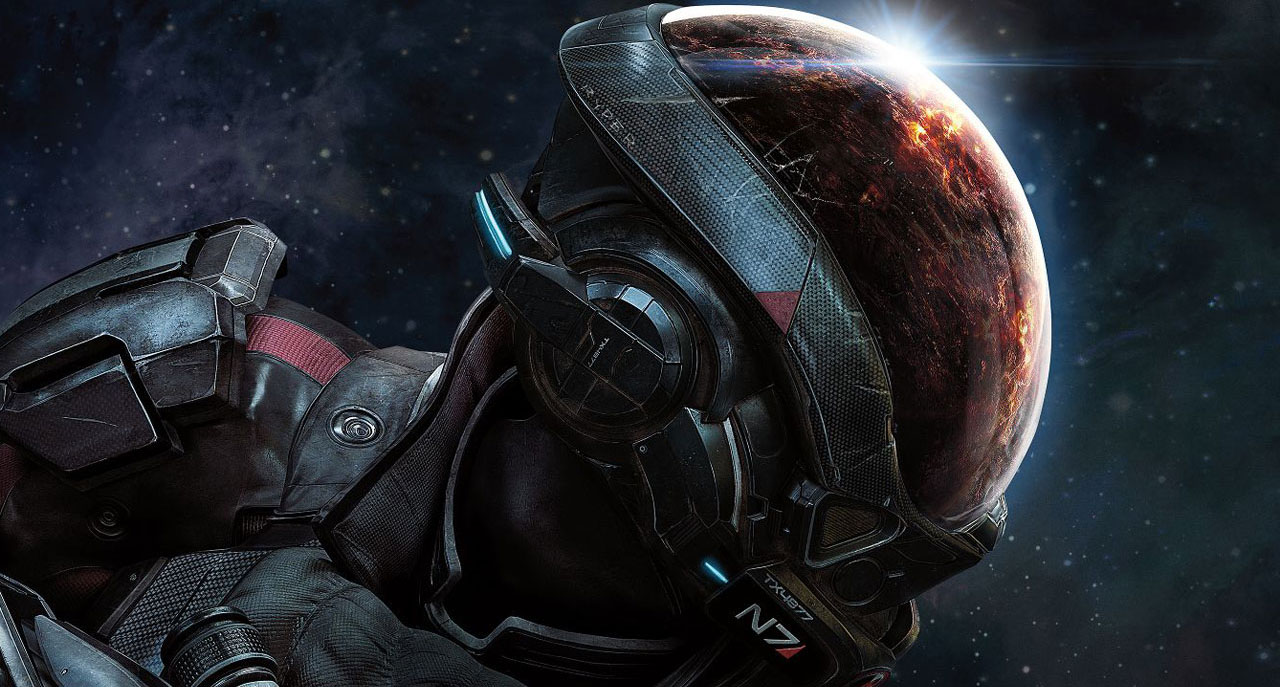 Tom Clancy’s Ghost Recon Wildlands: Ubisoft is another developer with a busy 2017. March 7th will be the release date for their new Ghost Recon Wildlands. The next installment in the Ghost Recon series differs greatly from its predecessors, with Wildlands serving the 3rd-person based shooter market in a completely open world. The premise of the story is players are part of an elite team of military personnel sent to Bolivia to take down the infamous Santa Blanca cartel. Similar to Tom Clancy’s The Division, Ghost Recon: Wildlands will allow players to choose to play solo or part of a 4-player team.

Mass Effect Andromeda: The fourth installment in the Mass Effect series will take players outside of the Milky Way Galaxy on a new adventure. It is important to note that Andromeda will not follow the storyline set in the original Mass Effect trilogy. If you want to learn more about this game, check out our “Everything We Know” article. Mass Effect will release in the North American region on March 21st, while Europe will get a March 23rd release. 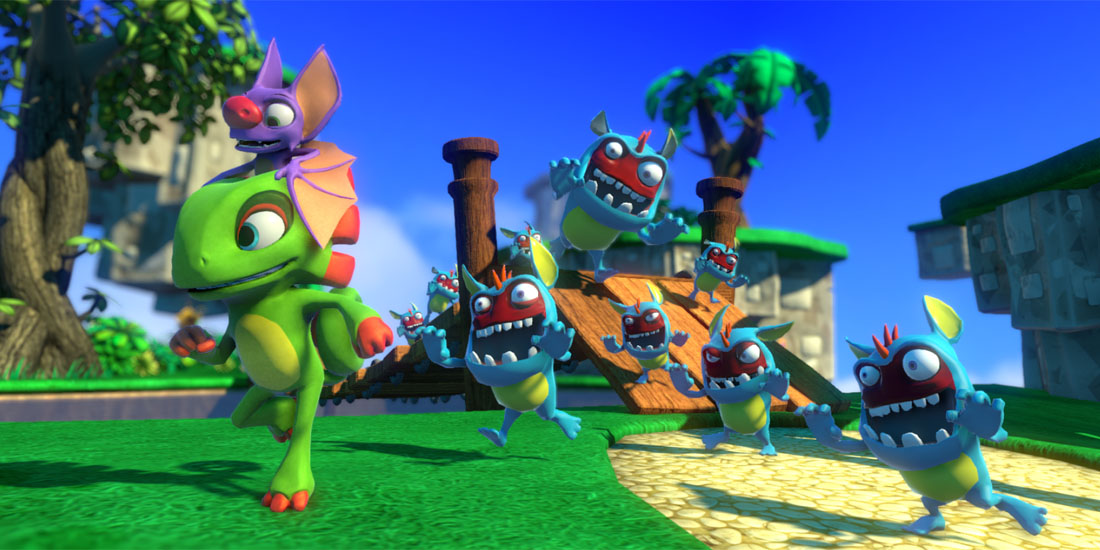 Yooka Laylee: Yooka-Laylee (a stretched play on words) is an indie, open-world platformer and comes to us due in large part to Kickstarter. A lot of the game’s designers, artists, and creatives worked on the Banjo Kazooie series, and it shows in the gameplay and trailers for Yooka-Laylee. Similar to Banjo Kazooie, and even Ratchet and Clank, buddies Yooka and Laylee work together to solve puzzles and explore the open world. Yooka-Laylee is scheduled for an April 11th release date. 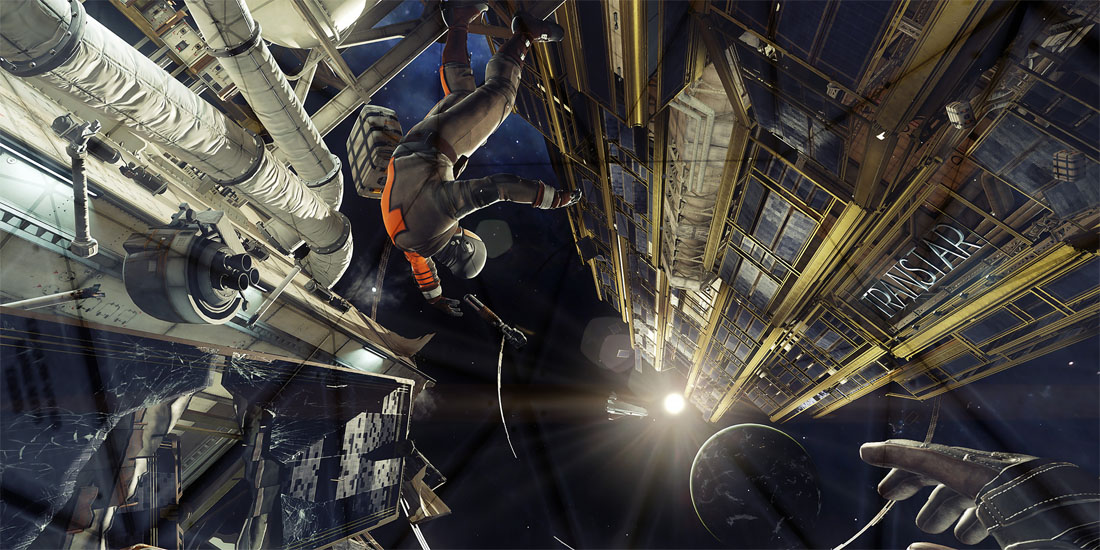 Prey: Prey is a first-person shooter with Sci-Fi and Horror themes, allowing the game to fill a unique market niche in the PC space. Set aboard Talos space station, an experiment gone wrong leads the player against a horde of demonic aliens -- typical Saturday. There have been some development issues with the game, ultimately leading to cancellation in 2014 with original developer Human Head Studios and publisher Bethesda Softworks. Since then, Arkane Studios has picked up work on the game and officially targets a May 5th release date. Performance on PC will be something to look out for, as Dishonored 2 was also developed by Arkane and had a slew of performance issues at launch. 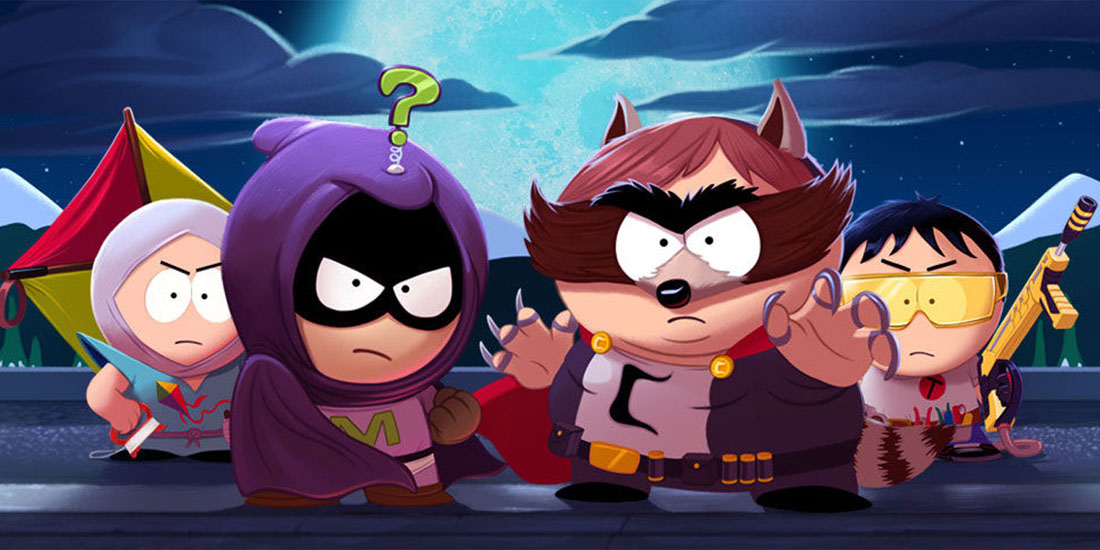 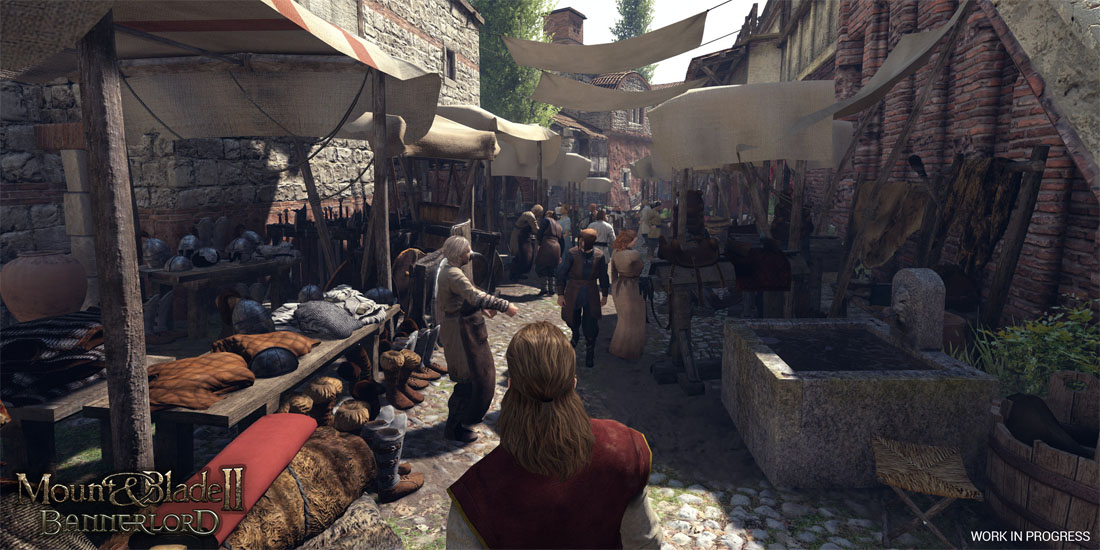 Battalion 1944: Battalion 1944 is another game brought to market via well-funded Kickstarter. Battalion 1944 is a WWII first-person shooter that looks to mimic the gameplay style of early Call of Duty games. A huge marketing point of the game is that it strips all the perks and power-ups many first-person shooters have adopted as of late, in exchange for basic point-and-shoot PvP gameplay. According to Battalion’s website, an Alpha version will launch in May of 2017, with a Beta following in July. Steam users will have “Early Access” following the beta. Developer Bulkhead Interactive has not listed a date for Steam Early Access as they are “flexible” with release date. Stay tuned and check back for continued coverage on Battalion 1944.

Quake Champions: Bethesda announced a revisit to Quake during last year’s E3 event, to much anticipation from fans. If you are unfamiliar with the original Quake series, it’s one of the original twitch / arena shooters, and dominated the market during an era when competing titles like Unreal Tournament were also widespread. The original series is widely credited with inspiring and paving the way for many modern first-person shooters. Little is known about the release date or gameplay other than the short gameplay trailer and article on Bethesda’s website, but we do know Bethesda is marketing this as “Pure FPS” and “120Hz Gaming.” Bethesda has said the game will benefit from uncapped framerate, so good news for those using high-refresh rate monitors. Be sure to check back as we will update you with information as it becomes available.

2017 looks to be a good year for PC gaming, at least early on. Hopefully, as the year progresses, we’ll get more information on these games and likely more AAA and Indie game announcements. Check back periodically for any updates, or follow us on YouTube and Twitter.