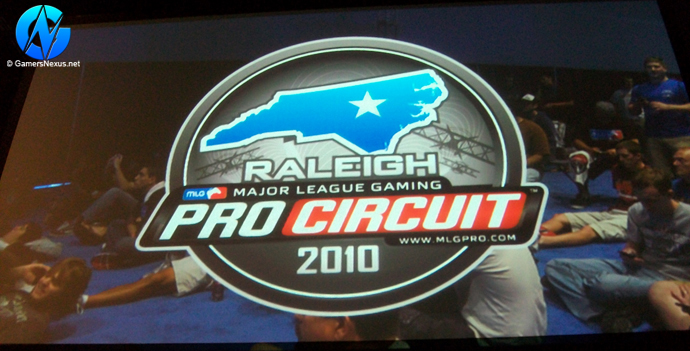 Whirring keyboards, large banners, woo-ing crowds, and over-enthusiastic commentators kept us busy all Saturday at MLG Pro in Raleigh, NC. The prizes were large, the egos were big, and the food was free - it was awesome. Never could I have imagined the power of raw excitement emitted from hundreds of gamers, their eyes cast hungrily on StarCraft 2 grandmaster HuK and other gaming icons, it was overwhelming. Although we did visit all of the booths and tournaments, our focus was on the absolutely riveting competition at the SC2 tables: replay commentating tag-team HD/Husky graced us with their presence, imbuing the tournament with the best combination of exhilaration and hilarity.

Hundreds swarmed the massive projector screens to view the finals for each game in the listing, and not one of the attendees was let down. The crowds erupted with resonant Ooooh!'s and thunderous applause across the MLG arena, each time in cheer for an extraordinary play, clever ploy, or cheesy encounter. We watched intensely when HuK took on KiWiKaki, two expert StarCraft players, and then burst into laughter and cheers when we noticed that each player had hidden a proxy pylon within the other's base, a strategy that would commonly be called down as 'cheesing.' The commentators spewed words in the form of a crescendo, increasing in both velocity and volume as they detailed the matches; spectators, to quote Husky, sat on 'the edge of the floor' during each battle, knowing that it could be anyone's game at any given time. It was pure bliss to observe the annihilation dished out by professional gamers, intent on obliterating opponents for the entertainment of over 10,000 spectators - Rome had it right all along, they just used real swords and arenas.

What is all the excitement about, though? Prizes. The prizes ranged anywhere from a few hundred bucks to a staggering $20,000 for the top Halo 3 team and $7,000 for the StarCraft 2 1v1 victor. It's the kind of money that can keep the winners gaming for years (or help them pay for their carpal tunnel treatment), and with large sponsors like Doritos and Dr. Pepper plastered all over the walls, it's no surprise that pro gaming has taken a step into the limelight. The bustling convention center was overflowing with sweaty gamers, uninformed 'booth babes,' and thousands of dollars worth of equipment for the masses. We waded through teams donned in dry-fit uniforms coated with decals, but the true stars sat center-stage atop an LED-lit riser.

I cannot stress how inspiring it is to watch these pros play in person. If you've ever scoffed at 300 APM, wondering if it's even possible, there is no better proof than MLG. Almost as if a cartoon, the gamers' hands moved in blurry circles on their keyboards. The humble victors advanced to each new round and retreated into a serene corner, surrounded by their posse, while the defeated packed up their equipment in disappointment, preparing to return home. 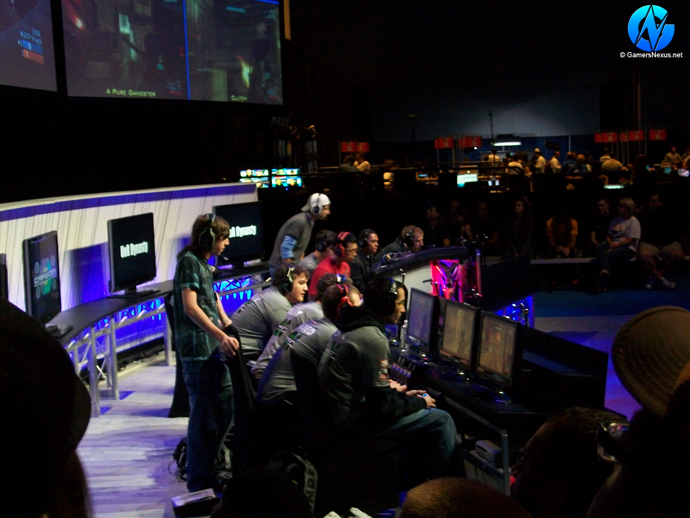 The matches were fast-paced and incredibly educational for those looking to learn new strategies or tactics. I picked up the key elements needed to perfect my Protoss 4-gate, and other spectators (who had never played StarCraft 2 before) were convinced to buy the game at the end of the night. MLG can be summarized as a large rally point for gamers, where people of common interest can bask in the glorious virtual blood of fallen comrades. One could really feel the energy inside of the gaming hall, although that may have been the unfavorable amount of chips and nuclear soda reacting with one another. 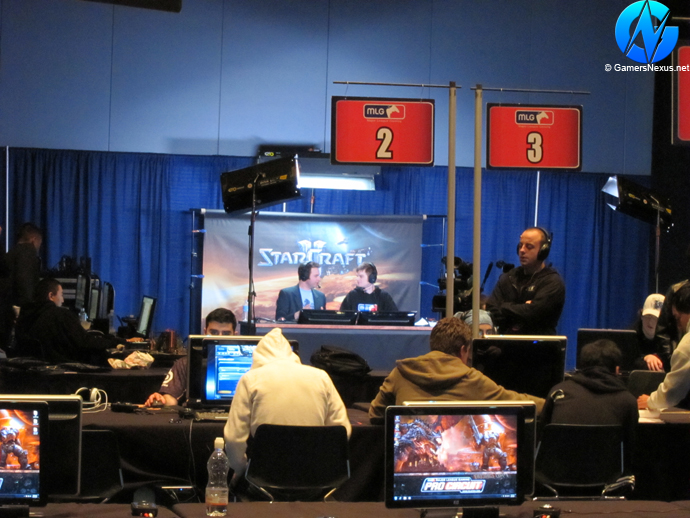 MLG isn't an expo like PAX, TGC, or GDC in any regard. While at TGC or GDC you may roam from booth-to-booth talking to developers, the only objective at MLG is to jump in with some friends and observe the mind-blowing back-and-forth gameplay first-hand. Watching it live towers over replays any day, I've been thoroughly spoiled. 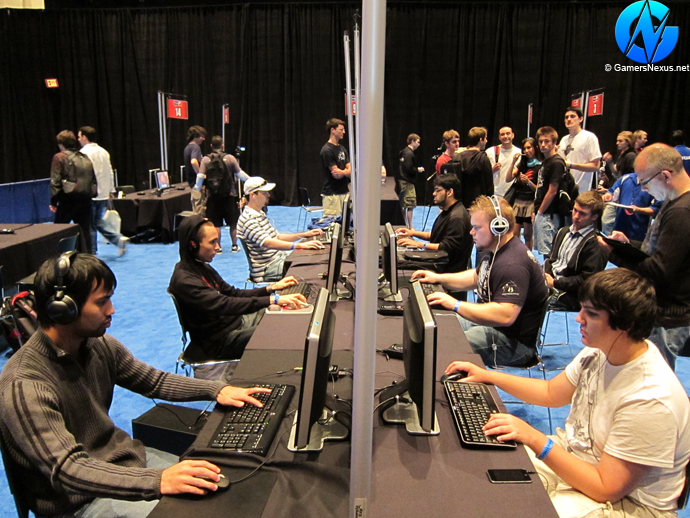 For all those still wondering if a $25 spectator badge is worth the visit, let me reiterate: you will never experience gaming in its purest form, that which it was meant to be experienced as, until you attend a large event like this. It doesn't have to be MLG, but any LAN tourney will set you straight. You won't ever see competitive online play the same. Likewise, never would I have suspected how thrilling it can be to watch professionals dominate their sport. The semi-finals had me shaking with nervousness for each player, and then cracking up at the silly nuances of each game - like when two players had a probe fight, and the crowd exploded with mock excitement when one of the probes had been slain. 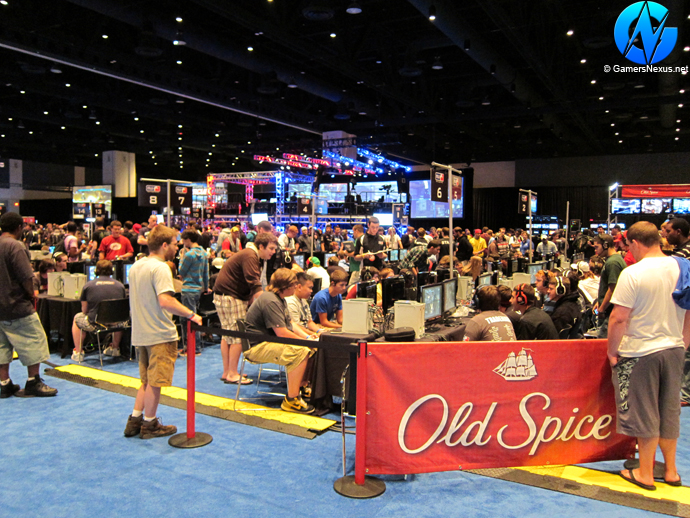 As my wingman at the event put it, "pure gaming awesomeness."