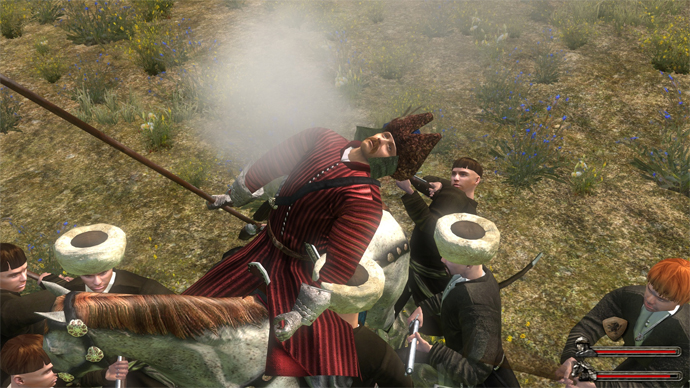 The echo of hooves pounding through the desolate valleys of 17th century Europe coursed through press inboxes across the world this morning. Yes, our favorite hack-n-slash multiplayer (and singleplayer) game has returned, and this time, with fire. The teaser trailer released for Mount & Blade: With Fire & Sword revealed unique landscapes and structures, each crafted individually for their respective realms, accompanied by primitive firearms and the best mounted combat of all time; it's beautiful. The only thing absent in the press release was superfluous amounts of blood stains and splats.

The original game was loaded with singleplayer action, stylized in a 'make your own fun' format; the Warband expansion added competitive multiplayer and structure to singleplayer. The availability of pistols, rifles, hand grenades, and muskets could add a potential third arm that reaches out for unconverted action gamers everywhere. As we've come to expect from the series, singleplayer armies will remain largely customizable with loadouts and unit advancements. Active fans of the series and Taleworlds forums have probably seen the posts begging for player-controlled armies in multiplayer, and thankfully, the Taleworlds team has seen them as well. A newly promised Captain Mode seems to mimic classic Total War games, wherein opponents are given a budget with which they can assemble an army and battle each other. 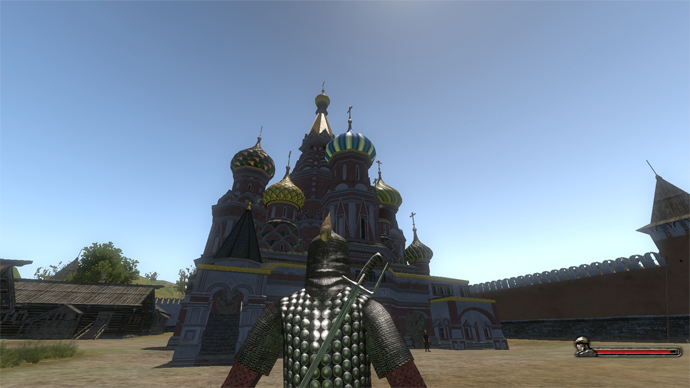 In effort to continue to appeal to the singleplayer audience, Taleworlds has also announced the implementation of explosives, used for exploding walls in sieges. As one of the most heavily modded games out there, you can be sure that this will inevitably lead to a surplus of Helms Deep mods!

You can view all of the currently released screenshots below. Definitely look for our review on this one!

The expansion is scheduled for a Q2 2011 release.