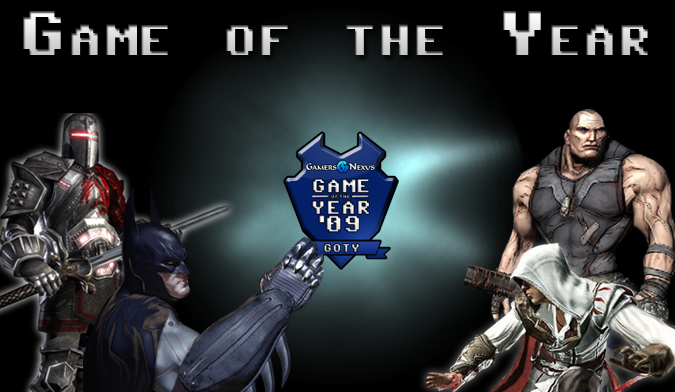 Infinity Ward's community manager Robert Bowling, also known as FourZeroTwo, announced recently that Call of Duty: Modern Warfare 2 currently has a patch in test phase. He promises that it is geared toward addressing complaints from the first few weeks of launch.

FourZerTwo has revealed that the following details are what you can expect to be patched in, and noted that more may be added. The list so far:

Infinity Ward said to expect future updates for quite some time.

Newegg's seasonal WANFest has kicked off once again, but this time for the Winter. Compete in tournaments for games across platforms for over $20,000 in prizes. Registration is free and so is competition, unfortunately registrants must reside in the US or Canada (due to shipping). The competition will include the following games:

Get your team together and sign up now, some of the prizes include:

And there are plenty more where that came from. Check it out!

Upgrade your Video Card at Newegg.com

Planescape Torment has been re-released on this site as a DVD edition. The classic Advanced Dungeons & Dragons (2nd Edition) game is on sale for the next 120 hours, priced at a modest $20. The RPG holds the top of the PC RPG charts to this date, and is definitely worth the investment. See where games like Dragon Age: Origins get their roots, pick up Planescape!

The description of the game, as per "GoGamer:"

"Overview - Welcome to Sigil, the City of Doors, a place with gates that lead anywhere in existence provided you have the proper key. It is a neutral ground and watering hole for races across the multiverse, all under the watchful shadow of the Lady of Pain, the enigmatic ruler of the city. It is a place where the word is mightier than the sword, where thought defines reality, and where belief has the power to reshape worlds and change the laws of physics."

Survival-Horror game Killing Floor released a major update, including several outstanding maps from the official Mapping Competition. The four new maps are based on the ocean, in subways, industrial cities, and classic urban storage units. If you don't have KF, don't worry - all owners of the game received two guest passes today. Check with your friends for the pass!

The new maps were described by Tripwire as follows:

KF-Icebreaker - Winner of the $10,000 grand prize in the mapping competition and one of the most ambitious, creative, and visually stunning Killing Floor maps ever made, Icebreaker is set on a large icebreaking ship that is pitching and rolling in the middle of a fierce storm.

KF-Departed - Winner of second place in the final wave of the mapping competition, Departed is a visually impressive level set in an industrial city area outside of London. Featuring hectic gameplay this map plays as good as it looks.

KF-Crash - Winner of third place in the final wave of the mapping competition, Crash is an impressive remake of a classic custom map for the original Killing Floor mod. The map is set in an urban storage facility where your teamâ€™s helicopter has crashed.

KF-FilthsCross - Winner of second place in the first wave of the mapping competition, FilthsCross is both incredibly fun and intense. Be warned, this map set in an Underground tube station is one of the most challenging Killing Floor maps ever made.

You can also get Defence Alliance 2, the first free mod for KF, on steam as a download. Tripwire noted that Mare Nostrum and Red Orchestra: Ostfront 41-45 are 50% off until Monday.

Vote on Game of the Year and get a chance to win a $50 gift card to Newegg or Amazon! We're running our GotY vote over in the forums - who do you think deserves to win?  Help make GN history in our first ever GotY!

Cast your vote here. Replying to the thread enters you automatically in the contest, one entry per applicant. 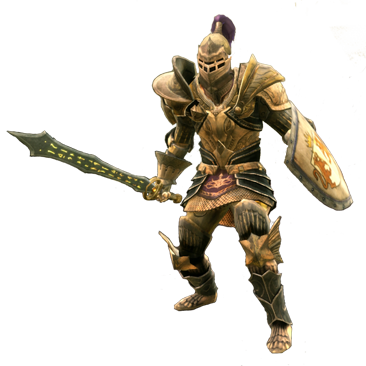 Developers of critically acclaimed Dragon Age: Origins have officially posted details regarding Return to Ostagar, a new DLC pack for the hit RPG.  The DLC will include the player's return to the battlefields of Ostagar, which are now overrun with darkspawn entrenched in the snow. Players also have the ability to reclaim the lost arms and armor of King Cailin, and for those who missed their first shot, a second opportunity to recruit the renowned Dog party member.

BioWare describes their DLC as follows:

"Your memories of the battle of Ostagar will haunt you for years to come. It laid waste to your order and claimed the lives of many great men and women. Now, there are rumors that a fellow survivor of the battle has escaped from captivity and is seeking the Grey Wardens' help. The time has come for the Grey Wardens to make their return to Ostagar and exact their revenge upon the darkspawn."

The DLC will be available "this holiday season" for $5. Three screenshots have been posted, as seen below. View BioWare's post here. 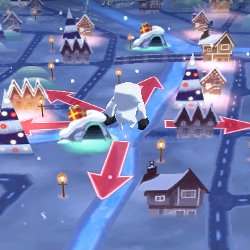 BioWare released a free Facebook game today, dubbed Gift of the Yeti. Yetis are of high demand in the web-based gaming world, and following up with a once-was Linux trend, BioWare pushed their free content to Facebook to receive a wider audience. The game is meant to fuel holiday spirit, granted, gamers' perception of holiday spirit often involves rampages and demolition.

The game is 3D and simple: Santa has fallen ill, and as such has drafted a Yeti (you) to give out the presents this year. Stomp from one house to the next, obliterating doors and entries so that you can toss the presents inside. Police eventually notice your destructive wake, adding a chase element to the game.