Crank’s had a phenomenal run here at MLG Raleigh 2012 – the arena’s favorite worked his way up from the very bottom of the ladders, and even without any starting advantage, Crank battled his way through ranks of talented StarCraft 2 pros to make it this far: He played against Revival, Taeja, HerO, and now Complexity’s Heart. 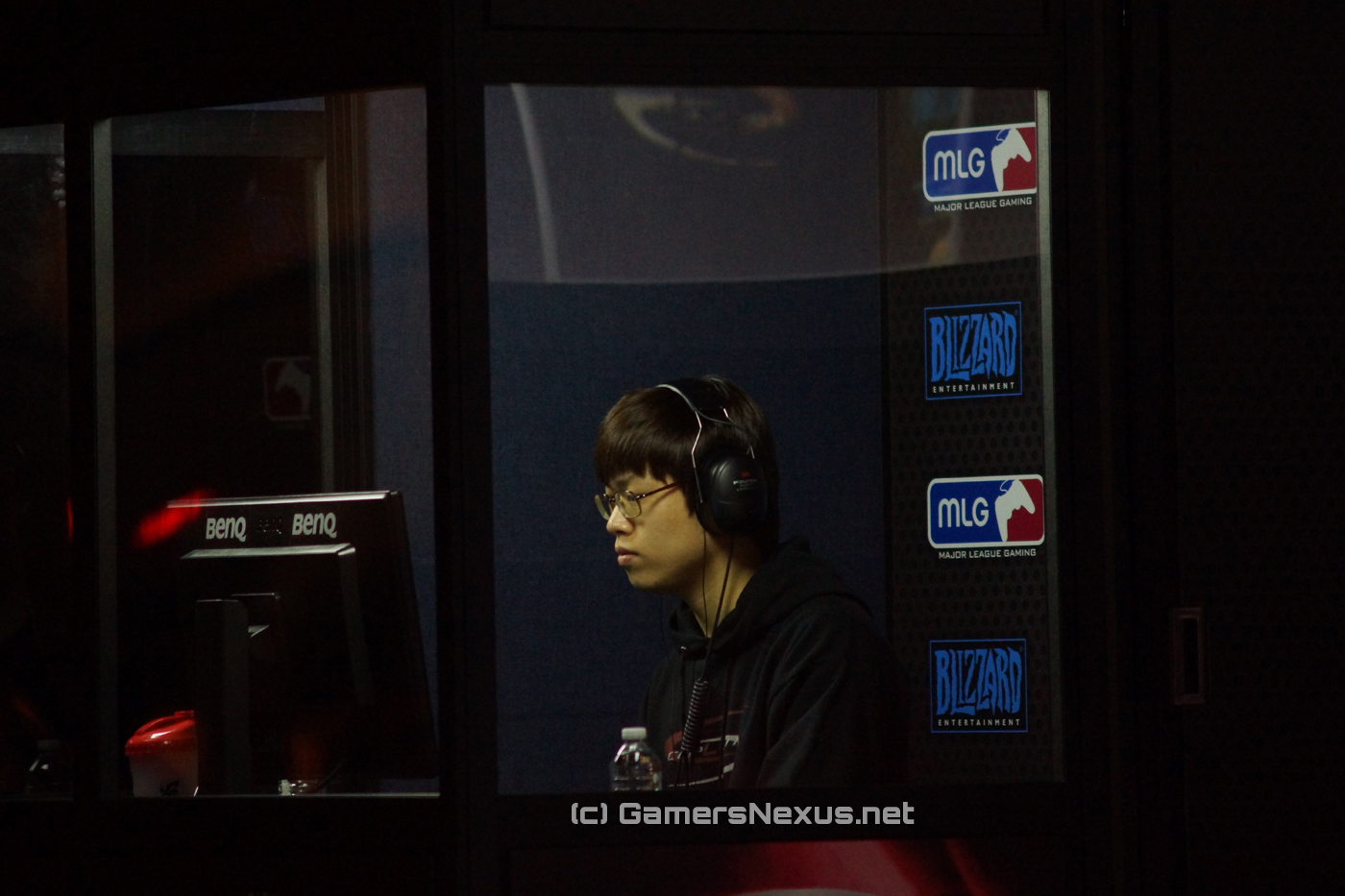 This PvT match between Crank and Heart would decide who progressed on to the championship bracket; would it be Crank, whose masterful control of Protoss has impressed throughout the weekend, or would it be Heart, who had just come out of several tiring matches?

Let’s look at the match summary.

Our Crank saga continues! As GN’s rising star, we watched as Crank played back-to-back matches against Taeja and then HerO; his stamina was clearly draining as he continued to climb the ranks, and with only one major match away from killing Group A’s HerO, it was Crank’s game to lose. 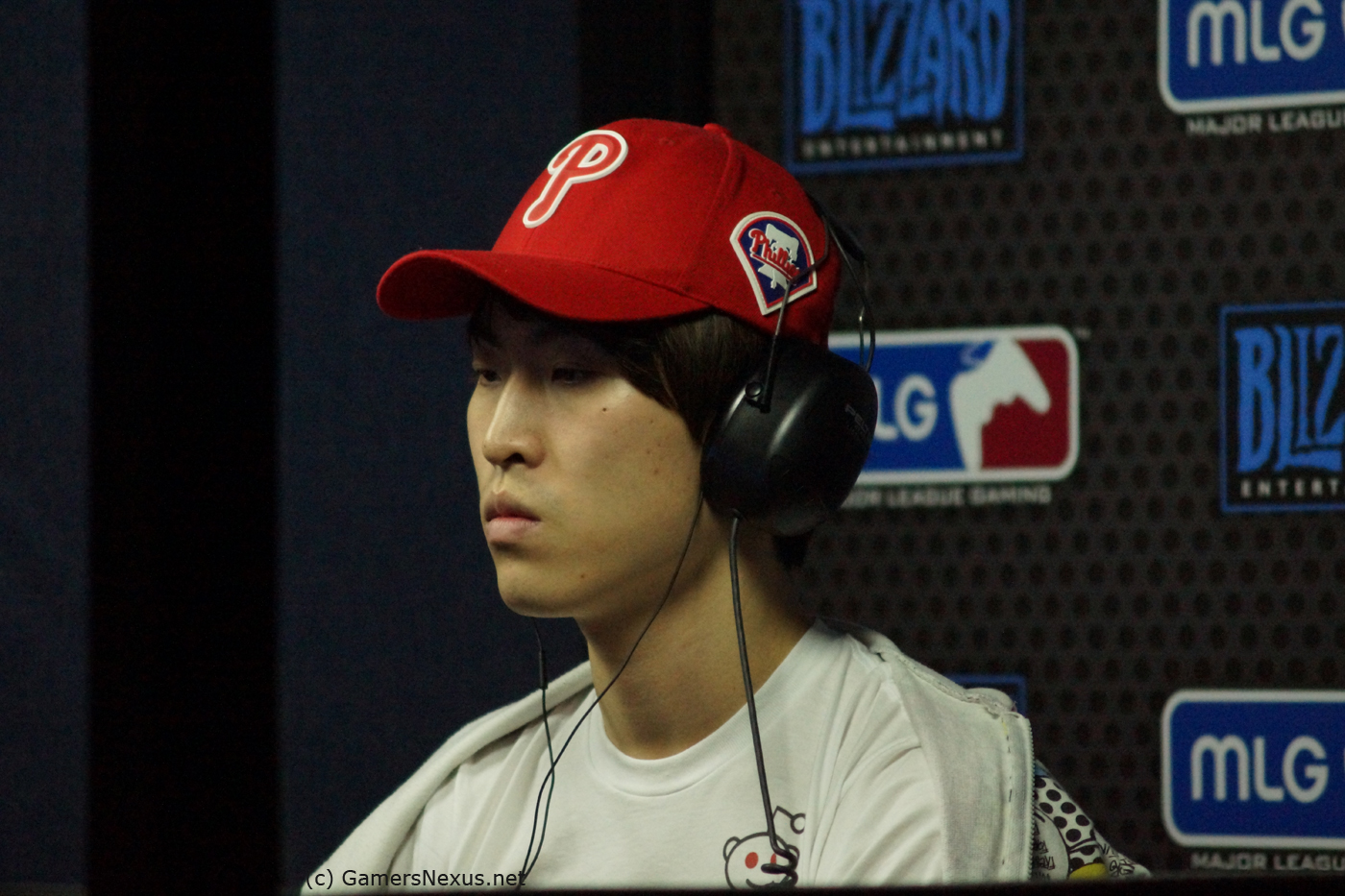 This Extended Series started with HerO up by two wins already (2-0), making for a razor’s edge match; two wins from HerO would mean a match win, meanwhile, Crank would have to fight his way through the full series.

After Crank’s exciting match versus Revival earlier in the night, we’ve been closely watching his journey progress as he scales MLG Raleigh 2012’s ladders and fights for the top. His match following the Revival battle was one that had us nervous for Crank’s continued viability as a top competitor: Taeja – the Korean we predicted would take first – was destined to play an extended series versus the methodical Protoss we’ve come to love. 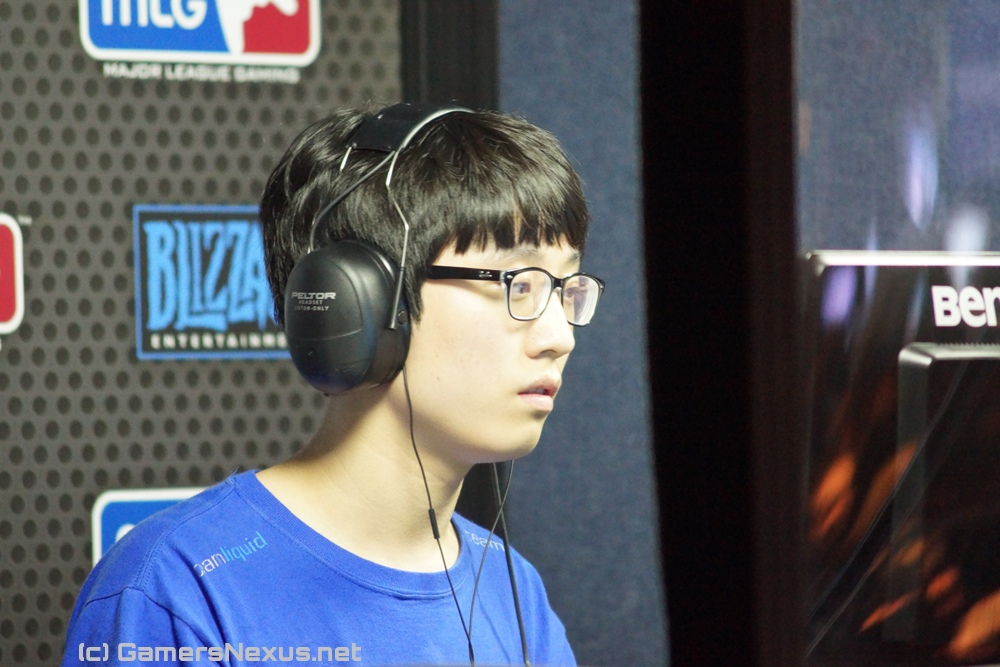 Crank (P) started 2-1 in this Extended Series match, but Taeja (T) is a powerful competitor and we knew he’d put up a masterful fight.

As we continue our coverage of MLG’s professional StarCraft 2 gaming tournament from yesterday, we’ve had an eventful Saturday at MLG, watching as HuK and Marine King Prime fell into the loser’s bracket, seeing Stephano joke with Violet on stream, and witnessing multiple misplays that resulted in friendly-fire (queens and hatcheries are two of note).

Looking to see some of your favorite StarCraft 2 pro players in all their RL glory? Check out our photo gallery (it's being updated each night!) from MLG Raleigh 2012 below.

You can also read our recent write-up of the exciting Grubby vs. Rain match; additionally, follow our Top8 picks and see how we faired at the end of the event!

In what was one of the first gripping StarCraft 2 pro matches of the night at MLG Raleigh 2012, Grubby (pictured right) and Rain (pictured left) duked it out in a back-and-forth Protoss vs. Zerg slugfest for three maps. The two traded blows a few times, fought hard to lay waste to the opposition's expansions, and made enough small misplays to make the match anyone's win.

This is why StarCraft 2 has such high entertainment value in the e-Sports world: its high-energy tendencies lends it to being naturally engrossing for even non-SC players (though being familiar with the game is certainly recommended).

Let's boil down what happened in the match between Grubby (P) v. Rain (T) and talk about what made it so fun.

MLG Raleigh is in full swing! The StarCraft 2 bracket has been shaping up slowly as players pass in and out of the ranks, but they are indeed shaping up. The event should get more interesting at around 5:30PM or 6PM tonight, for those watching the stream or planning to attend. 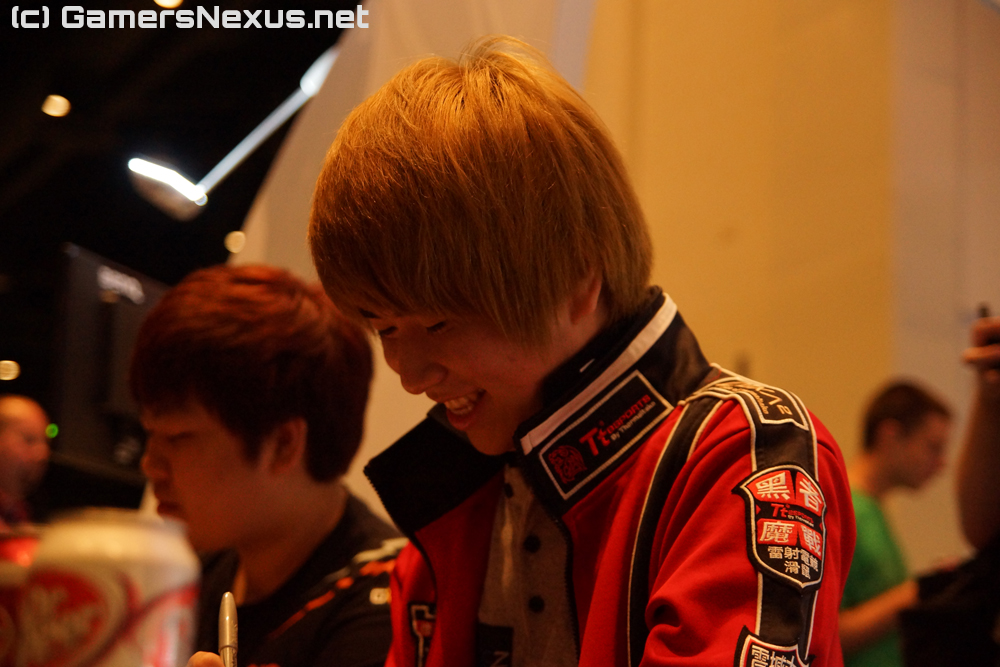 You'll find the most recently-updated open bracket (roudn 3) for StarCraft 2 below -- click to enlarge the image.

Approximately a lot of people will be playing in the MLG Summer Championship this year (view our montage from last year, if you're new to MLG), but only 16 will be walking away with money.

So who - out of all the players in attendance - is going to be taking home a portion of the $76,000 at stake here? Following up our previous Top8 predictions for MLG's Summer Arena, I have a few ideas on what the top eight may look like...

The company behind some of the most famous peripherals in gaming - to include the Deathadder, Carcharias, and more - has set its scope on acquiring some new talent for their design, marketing, development, community, e-sports, and PR departments.

While we don't suspect many of you are professional gamers, this is still an important development to take note of: As hardware and gaming companies take notice of e-sports, which has the power to drive our shared industry in new and exciting directions, we'll see them hiring more e-sports pros to direct company design and development philosophy for gaming devices.

With Day 2 of MLG's Summer Arena for StarCraft 2 now firmly underway, we've summed up the most interesting matches from yesterday and posted them for you below! Catch up on the weekend's festivities with this Day 1 Recap -- and if you're not sure who to pull for, check out our Top8 predictions! 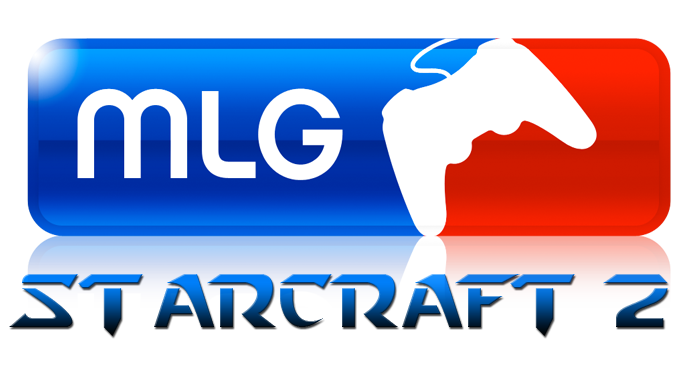 Sheth and Destiny Stream For Charity