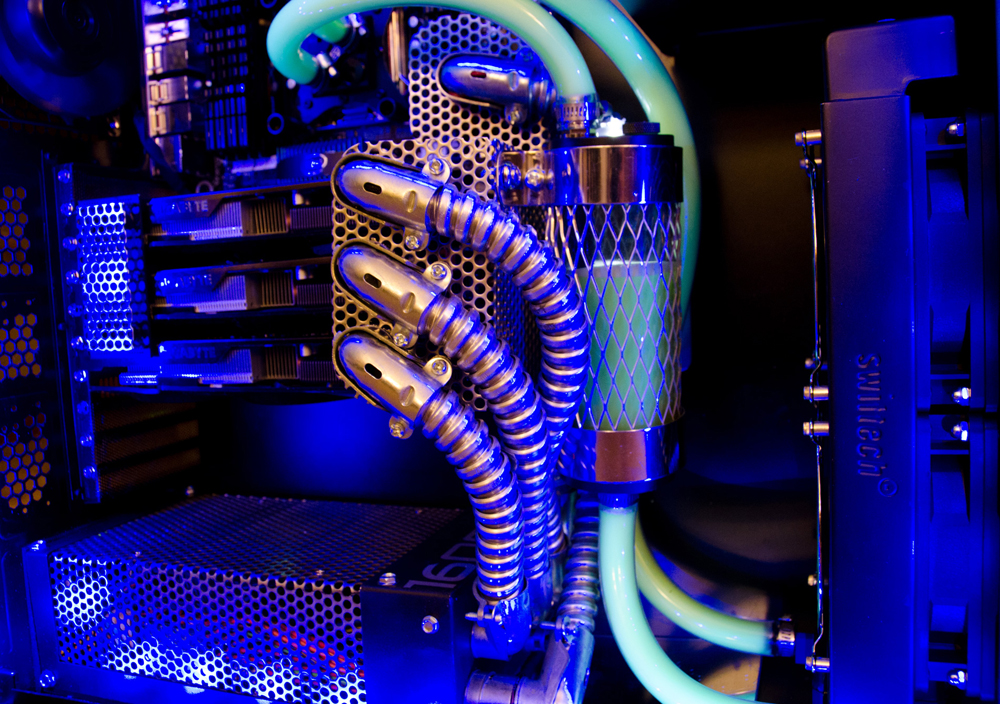 We'll be at PAX East in less than 24 hours (yikes!) and, as always, will be apt to cover hardware companies to our fullest ability; one of the first vendors we're meeting with will be Rosewill, who've been teasing about their PAX East 2013 Throne case mod since CES (following-up with last year's beautifully-painted Thor V2).

We'll have more photos/video of this system once we're at the show, but for now, the company has sent over a couple of preview shots.

Most importantly, the case was modded by BS Mods (who've done excellent work in the past), including custom wire-meshing for the side panel, custom paint, and other modifications to create what Rosewill calls "an industrial appeal."

The company also had this to say about their booth at PAX East:

To make sure you enjoy and have a fun experience, we will be hosting gaming events, raffles, and slot machines giving away many awesome prizes. There will be 3 days of fun gaming competition with Counter-Strike Source, Street Fighter 4 with the full arcade joystick experience, and Trackmania racing. All complete with awesome giveaway prizes for the winners. Step up, relax, have some fun, and show us what you got! There will be a fun Rosewill® Scramble event where we will be giving away more prizes to the winners and in partnership with ADATA and DontCritMe, Rosewill® will be having a Cosplay Costume Contest that will showcase your awesome look on social media with prizes for the best!

We'll be out there shortly and will follow-up with more. Stay tuned to the front-page for updates and convention news/editorials as they roll-out! Be sure to set up Feedly or something, too; that'll keep you updated without effort on your end.