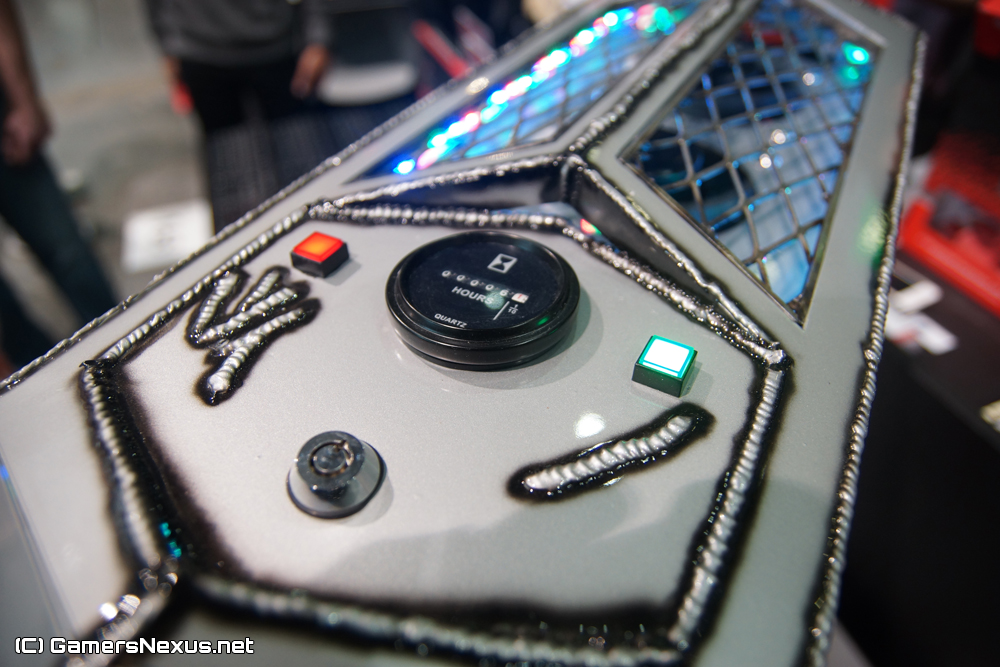 Last year’s PAX East visit to Rosewill saw the excitement of a dual-PSU, dual-CPU Black Hawk Ultra system decked-out with a killer black-and-red custom paintjob; with the ante now officially upped, Rosewill has once again returned to the showfloor of PAX East, intent to reclaim the throne for most souped-up PC of the show.

We posted yesterday about the Throne Industrial case mod, featuring shots taken by Rosewill’s reps from their temporary Boston residence, but we’ve now had an official hands-on with the system and are able to share our own photos and video.

As a reminder, the case specs are as follows:

The previous post stated that the cooling loop utilized a 360mm radiator, but we were informed by representatives on-site that the unit actually uses a 240mm radiator instead. Here’s the video walkthrough of the Throne case mod (by BS Mods):

What’s not shown in the video is the Throne’s infrared remote, used to cycle through LED backlight colors (yellow, green, red, blue, and mixed all among those), and its strobe toggle, used for spontaneous, self-induced seizures.

Rosewill’s case is equipped with aftermarket, high-RPM server fans in the rear, top, and front positions; each of the fans operates at a frightening 12000RPM (yes, that is 12K RPM) and is unshielded, though Rosewill has requested that we recommend against sticking fingers into the fans … for liability reasons. 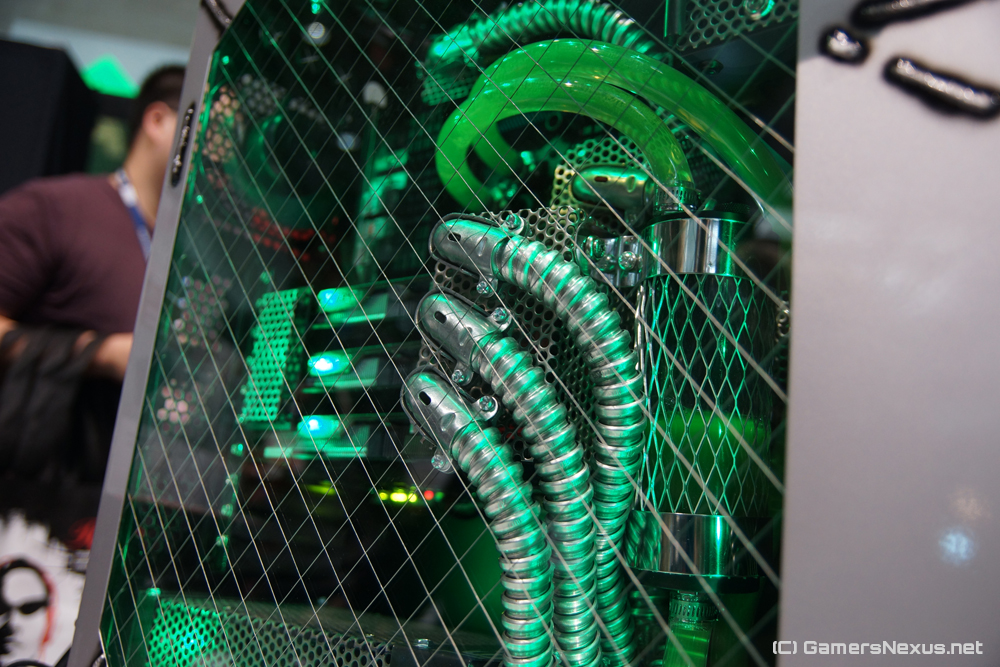 Mounted to the front of the Throne Industrial case is a voltage meter -- in appropriate shop aesthetic -- and a top-mounted uptime meter, which logs the hours of uptime since the last boot. A key must be used to boot the system. 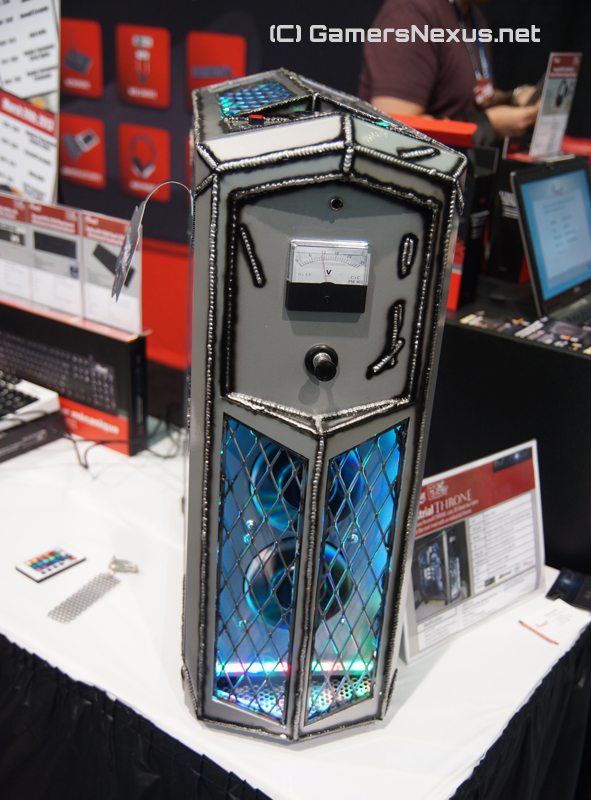 Separate from the Rosewill Throne Industrial mod, on-site reps Buu Ly and Chinny Chuang were eager to demo their HERCULES 1600W PSU powering two systems simultaneously. The rigs were operating on i7 CPUs and single GTX 680s with the PSU resting in between; the open sides of the two cases faced one another, into which several power cables were routed from the shared PSU. Practical? No. But it’s cool!

There wasn’t much else at the booth that we didn’t see at CES in January (the keyboards, controversial Armor Evolution, and Throne were all present), but the mod was well worth the visit. If you’re in the area for the weekend, go check out the Throne case mod… just don’t stick your finger into the fans. Or tongue. Or any appendage, for that matter.