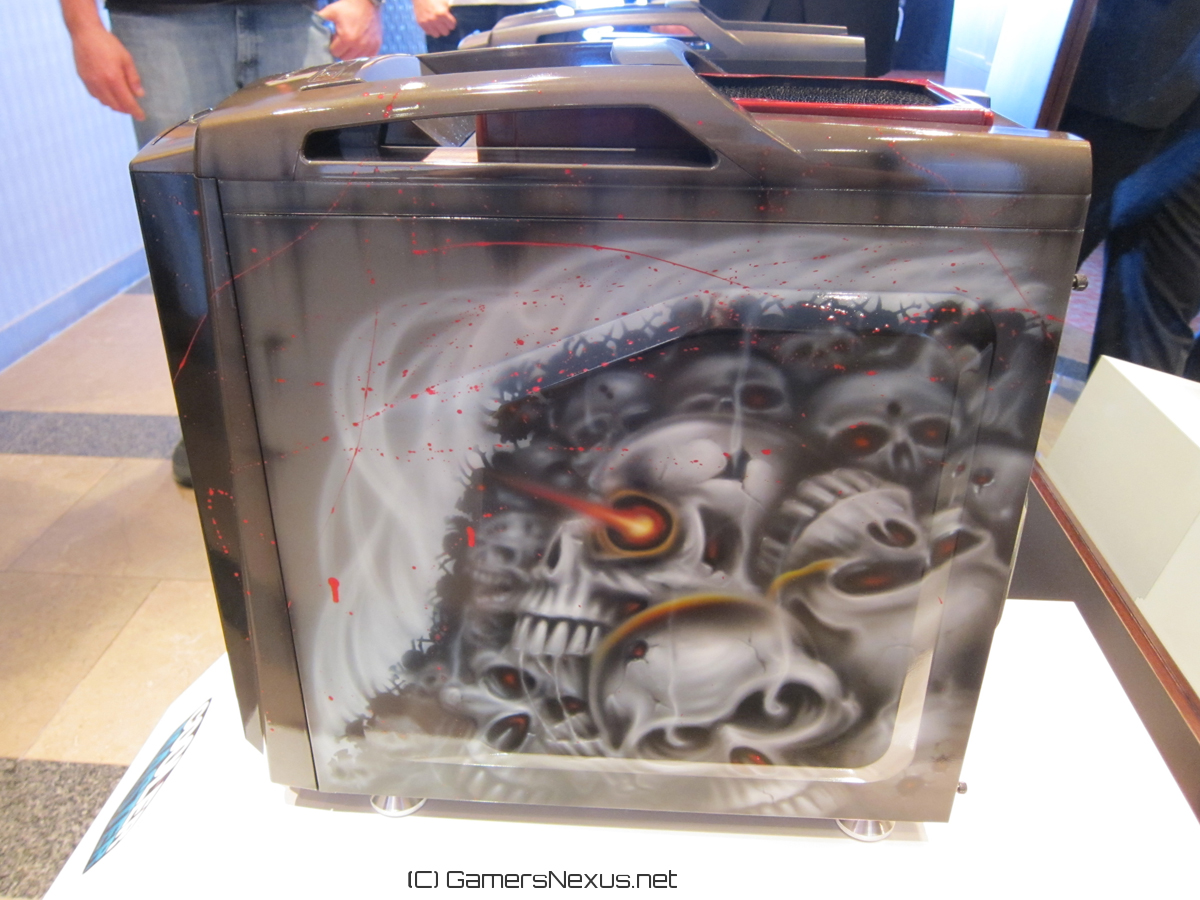 Following Rosewill’s Throne Industrial case mod is tough, but if anyone can afford to have it done, it's Cooler Master. The company didn’t have anything brand new to show, but did have the same case mods on display as were shown when we visited them at CES. This time, however, we had a camera and mic available – here’s what Cooler Mater has to say about the case mods and their creator, Lee Harrington.

Next to the HAF XB mod sat the Scout II mid-tower case, which was entirely dismantled, custom painted, and fitted with personally-bent, chromed-out piping through the center channels.

If you’re interested in more case mods like this, go check out PC Junkie Mods – they’re the ones who worked with CM on these units.