What is PAX Really Like? POV Montage / Write-up of the Show Floor

As mentioned in earlier-posted coverage of PAX East, the biggest demand from all of you in a recent poll we ran was to provide more on-site, POV coverage of conventions; it’s tough to really understand what these events are like without simply being here, and even then, we normally don’t really realize what’s transpired until just after the event concludes. They’re fast-paced, hectic weekends, and though shows like CES & PAX East are utterly exhausting (I’ve slept 9 hours total in 3 nights and we’ve conducted about 20 interviews), it’s always worth it. Always.

PAX is all about the community, and having just come out of CES, it’s a nice change and one that we readily welcome every year. Rather than cater to the media and exhibitors, PAX is very much about the attendees; we media people don’t get special access to anything (other than exhibitors through existing contacts), so we’ll wait in the same lines for panels and concerts as everyone else. That single element of PAX really highlights how they feel about the consumer experience: It’s King.

Through the video and text in this article, I’ll hopefully convey just a tiny bit of what it’s like to attend large gaming conventions like PAX East.

If you remember our preparatory post leading into the exhibition, we announced our meetings and our loose schedule with several of the big-name hardware vendors and developers. They’re not the only ones here, though – PAX East is packed wall-to-wall with tabletop gaming, booths and exhibitors (dozens of them), and attendees. In previous years, PAX East has boasted a total attendee count of over 70,000 for the weekend, with PAX Prime (Seattle) not far behind. Simply put: the show is enormous. It’s spread-out over a 500,000 square foot expo hall (this is where booths and vendors can be found) and dispersed throughout side-rooms, where tournaments for different platforms, a classic arcade collection from ACAM, discussion panels, concerts, and other events can be found.

To put that “70,000” number into perspective, the panel for Bioshock Infinite’s detailing was over capacity nearly 45 minutes prior to the event, if not even earlier than that; in a previous year, a StarCraft 2 panel with commentators Husky and Day[9] had to turn people away, hitting maximum capacity 2 hours before the panel. This isn’t an overwhelmingly common occurrence, but it does happen from time-to-time. Lines for popular games – either to play them or watch unreleased trailers – can often be an equally long wait to the panels, and in previous years we’ve recommended that attendees focus on the massive indie scene as much as possible for this reason. Maybe hit one big-name event, then relax a bit.

I know I’d love to get a chance to do that one of these years. 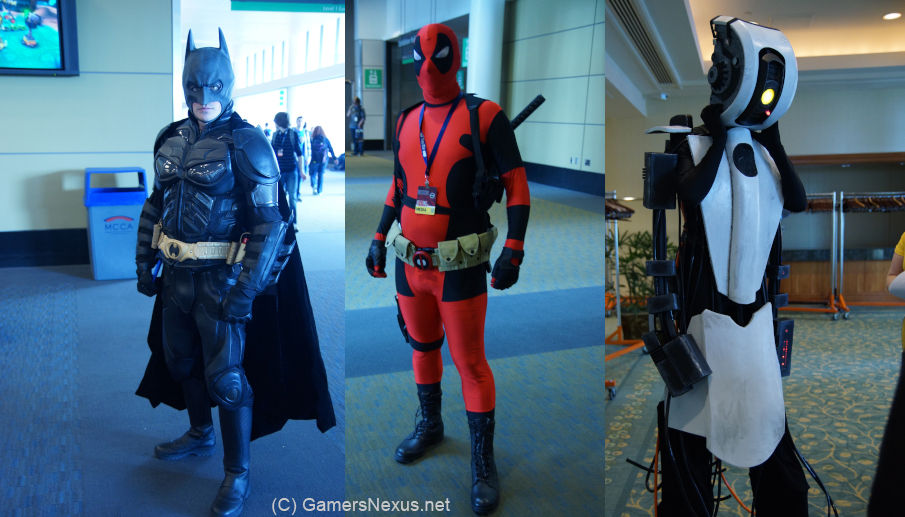 The show floor is packed and condensed – not anything close to the sprawling, 2m sq. ft. monstrosity that is CES – but nonetheless worth wandering through. All the big-name games, indie games, and hardware vendors have experts on-site to answer questions and have fun (we posted about what it’s like to be an exhibitor over here). On the software/gaming side of things, this often includes a detail of developers, artists, PR/marketing, and other technical staff – all these people have had a hand in the game in some form, so the chance to get up close and hang out briefly with devs is something you really can’t get elsewhere. For the aspiring game developer, this is considerably more valuable given potential for business card exchanges and other networking opportunities (with the press as well), hopefully providing a pathway to getting tough programming or business questions answered.

On the hardware side of things, and that’s what we’re mostly dedicated to on this site, as you all know, it’s not too different from the software on-site staff. A few engineers often visit for each major vendor, all eager to talk about the deeper hardware interactions and behind-the-scenes stuff; technical marketing staff are also abundant (and often able to answer any questions that don’t involve deeper engineering principals) and willing to help. We’ve spent a lot of time at Intel over the last two years just talking about the fabrication process of CPUs, the clear line to 8nm and its included switch to new fab methodologies, and what the trajectory for high-end hardware development going forward really looks like.

It’s all very cool, and that’s sort of what it comes down to with a show like PAX East: Cool stuff. When discussing with Nick and Patrick how we as media should differentiate coverage from CES, or if we should at all, it was determined that we like PAX because it has… cool stuff. Yes, very deep, we know. 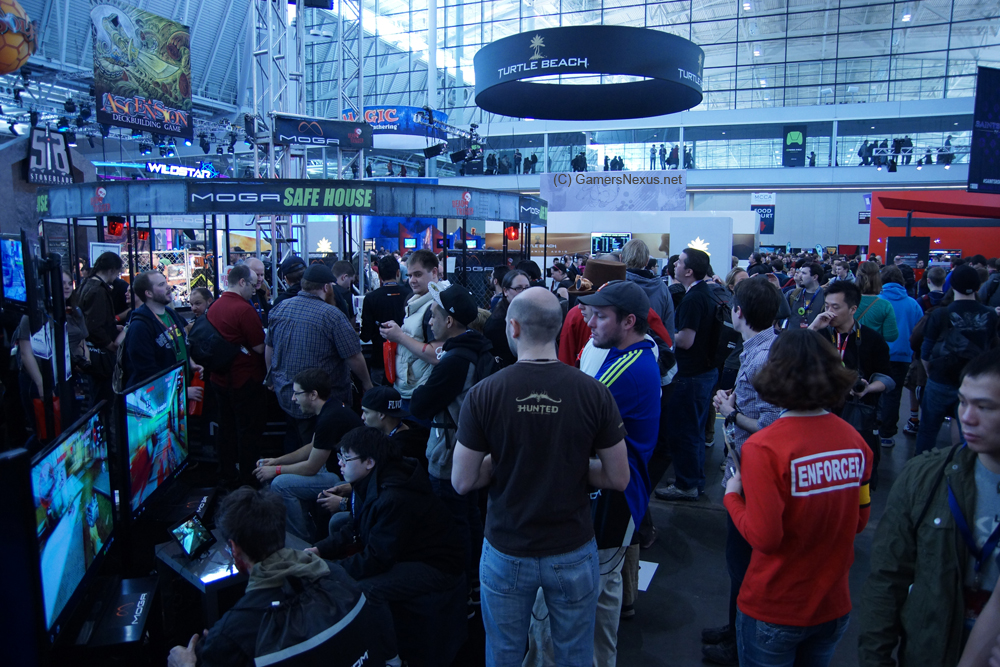 The honest truth is that we won’t see any new hardware here that we haven’t seen at CES, but that’s not the purpose of PAX. Game unveils are hit-or-miss, but hardware’s a completely different animal. We often see PC speed build competitions (that I’m dying to compete in, by the way), high-end, expensive gaming interfaces (like the Corsair/MSI-sponsored iRacing simulator in the above video), and most importantly, we as game consumers are exposed to new information from devs. As a prime example, we filmed a Bioshock Infinite tech demo unveil at PAX East ’11, which showcased a completely texture-barren landscape of models and wireframes, showing just the core gameplay/rails mechanics from the impending release. You won’t find that in the end-product – sure, on YouTube, but the devs are actually there, the guys who made that tech are sitting in the same room. It’s a great opportunity to learn about your favorite games.

The event is really driven to provide a fun and unique experience, especially highlighted by the presence of excellent nerd-centric performers/bands like Jonathan Coulton (we’ve already uploaded two of his performances, too).

It’s impossible to put into words the amount of fun opportunities at PAX East (just check out their site and view the schedule/map); the show is filled with all walks of enthusiasts who are just as interested in gaming or hardware or technology as you. It’s built around the consumers – not media or vendors – and it’s a fantastic opportunity to explore a bit of the greater industry.

And that’s why you should go.