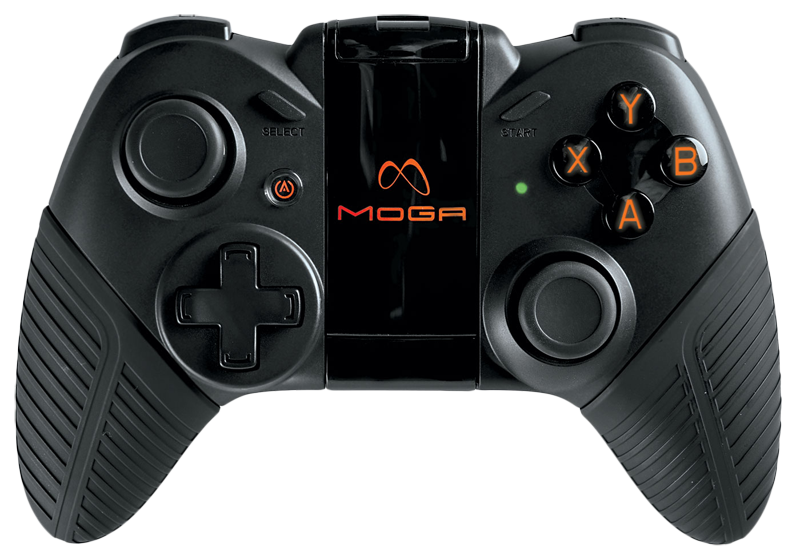 Last year gaming peripherals developer PowerA ventured into mobile gaming controllers with the Moga Mobile, a small, Android-compatible controller that acts as a gaming interface for smartphones and tablets. PowerA now has a more mainstream gaming controller on the horizon called the Moga Pro, now modeled after the Xbox 360’s controller for better global familiarity. It’s not out until next month, but we were fortunate enough to get our hands on it at PAX East 2013. I sat down with product developer Sal Parra and learned more about PowerA’s support for console-like experiences on a mobile platform.

As you can see from our included images, the Moga Pro’s button layout mimics that of the Xbox 360 controller. Xbox’s controllers over the years haven’t changed much, unlike a console lineup such as Nintendo’s, so playing it safe here aims to minimize the learning curve. Personally, I found it easy to continue my console gaming with the Xbox controllers (even the clunky one that released with the original Xbox in 2001), so putting a Moga Pro in my hands didn’t throw me off at all.

Normally our mobile coverage is pretty scarce, but we did find the Moga products genuinely interesting from initial press releases. Travel for the site often means time away from high-end gaming machines, which means killing time with phone games at the airport. One of the biggest inhibitors to mobile gaming is the very nature of the touchscreens upon which the games are based: Playing FPS or RPG games often involve furious swiping across the screen, and when you swipe across the screen, you can’t see the game. The very interface for input, the one upon which gameplay hinges, simply gets in the way of the experience. We were hopeful about Moga, but hadn’t tried either product offering from PowerA until this weekend.

It’s not easy to succeed in the diverse and mostly-open Android market, though.

As you can guess, the challenge for mobile controllers has been game compatibility, so buying a controller doesn’t guarantee an accurate experience for every game you boot up. Think of it like Xbox controllers being supported by games run on a PC: it simply doesn’t always work natively. Sal told me his company has been able to beat out its competition as a result of working directly with publishers to accommodate Moga products into those games, then name-dropped Activision and EA as contacts. 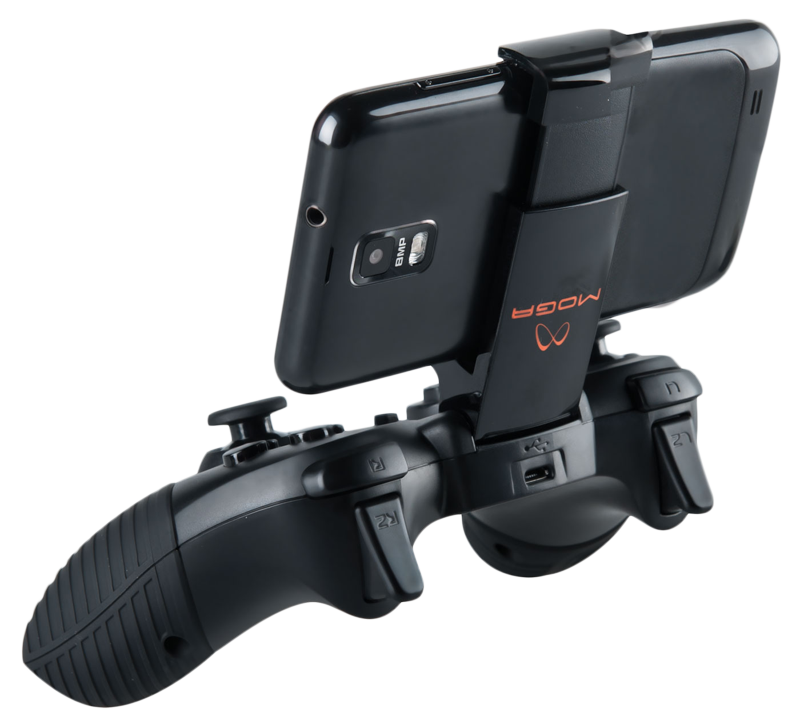 From what we’ve been told by PowerA, integrating a peripheral into a mobile game can often take several weeks, but the Moga products have been engineered to “cut this process down to just a few days.” Currently, the Moga Mobile (and soon the Pro) supports over 60 games, to include Modern Combat, Grand Theft Auto: Vice City, and The Dark Knight Rises. The plan is to continue to support more mobile best-sellers and renditions of older games like Sonic CD and Jet Set Radio.

Moga products are currently only Android-compatible. PowerA has stated that it is looking into the possibility of developing an Apple-compatible peripheral, but currently has no target time.

I took the Moga Pro for a test drive with zombie FPS Dead Trigger (used throughout PAX for display purposes) and had no trouble pulling off headshots and strafing to evade enemy attacks. I think the Moga Mobile (the smaller controller) would take a little adjustment since it’s a new form factor, and may feel cramped for those with longer fingers / larger hands (and the right thumbstick position is a bit awkward for bigger hands). The Pro seemed fine from my experience, though, and feels pretty close to what you’d be used to with an Xbox form factor unit. The buttons are just as responsive as a console controller and the thumbsticks—although taller and less weighty—didn’t bother me after a few kills. I also felt the rubberized handles were an appropriate design move because they’re much less clunky and space-consuming than what I’ve seen from other third-party peripheral developers, like MadCatz.

It’s important to mention your gameplay experience will vary a little depending on what kind of device you’re viewing the game on. The gameplay and control experience for something hardware-taxing like an FPS or GTA will be much tighter when running on a tablet vs. being projected on the 50-something inch TV Sal and I sat in front of.

Probably the most compelling reason to investigate the Moga Pro is that it has been discovered to work with several emulators (something for which nVidia’s Shield also shows promise). So if you’ve got an extensive library of totally-legal Genesis or Playstation 2 games in your library, you might have an easier way to play them with one of these controllers. PowerA does not endorse this activity, but I’m sure most of them have no qualms about their community finding new ways to make use of their product’s technical capabilities.

PowerA will release the MOGA Pro around the middle of next month for major retailers and mobile service providers like At&T and Verizon. The unit’s MSRP target is $50.

Now if only we have a legitimate excuse to leave behind our mice and keyboards for mobile gaming (turns nose up). I suppose that reason would be travel, but there are some legitimately fun games on mobile devices, and proper third-party peripheral integration could seriously cut into the already-hurting handheld market.

We haven’t yet had enough time to fully review the MOGA products, but intend to in the near future and will update you with our thoughts.

So what are your impressions of the Moga Pro, and could something like this get you into mobile gaming? Give us a shout below, and stay tuned to GamersNexus over the next few days for continued PAX East coverage.