PAX: The Wolf Among Us Preview - Recreating Fables 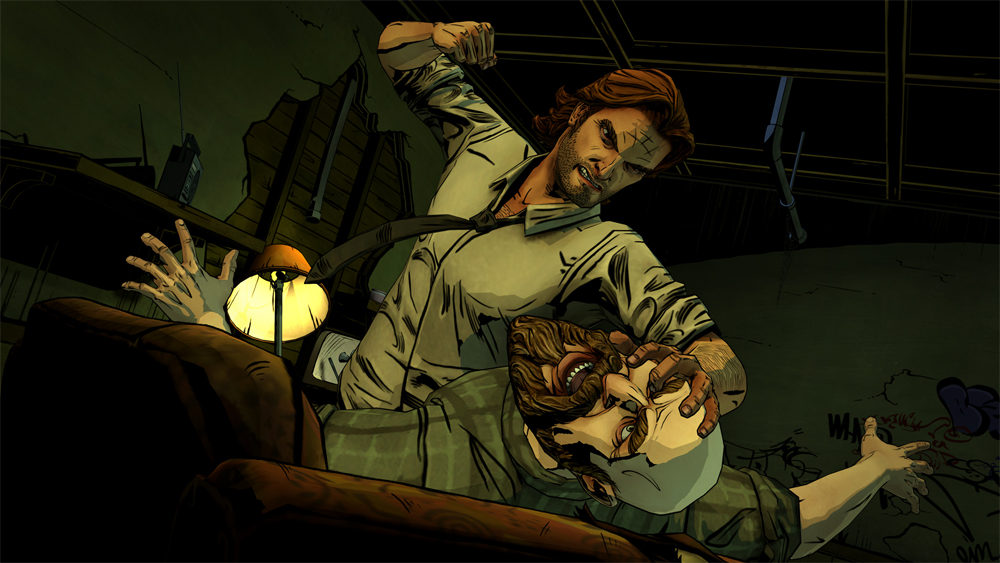 I’m still bitter Frank Miller’s Sin City never made it to video games. What could be better than looking for trouble as Marv or dealing death with ninja stars as Miho?

How about breaking jaws in New York City with the Big Bad Wolf?

We discussed The Wolf Among Us in last night's PAX Cast (if you want a condensed overview), but this writeup gets more into detail on the gameplay. Telltale Games has answered the comic book call with its gritty-but-visually-enthralling noir thriller, The Wolf Among Us. I twitched and button-mashed my way through the game’s demo while speaking with Telltale’s Dennis Lenart about adapting the Fables comic series into games.

New to the Fables Universe?

The Fables comic series is known for taking fairytale characters and placing them into present-day settings, often with modern, violent conflicts. Fortunately, you don’t have to be familiar with Fables to get into the story. As long as you took breaks between Ninja Turtles and Captain Planet to watch Snow White with your little sister, you’ll be just fine.

Rumble in the Bronx

The Wolf Among Us is set in a Bronx neighborhood known as Fabletown, a home to dozens of well-known fairytale characters who have been displaced after their fairytale homes were destroyed. By consuming a magical substance called Glamour, these creatures are able to live in human form, leaving the rest of New York unaware.

But the dark alleys, abandoned buildings, and shady warehouses around Fabletown’s inhabitants are hardly the lifestyle upgrade, and some of the characters you remember from “story time” and Disney movies are up to no good. So who better to lay down the law and keep Fabletown from crumbling to a pile of bricks and stale gumdrops than Bigby Wolf (his friends call him Big Bad) and Fabletown’s sheriff.

With a violent past and a disintegrating Fabletown in front of him, Bigby has decided to do right by his townspeople. How Bigby decides to bite crime in the butt is completely up to you.

Like The Walking Dead and other games out there, you have a few dialogue options to choose from in each NPC interaction. You’ll almost always have a “good guy” and “bad guy” option, but from my experience, it’s difficult to determine how a character will respond to what you say. These are fragile situations, like in the demo’s domestic disturbance scene, so there’s no telling what will set someone off.

The dialogue wheel also has a dynamic “silence” option, so if you don’t know what to say or expect a character to reveal more information if you just listen, give it a shot. Characters will respond differently to silence depending upon your disposition with them and previous interactions. I used it on Mr. Toad and, based on the sequence of my other dialogue choices, he interpreted my silence as a way of getting a point across to him.

Lenart described how with The Walking Dead, there were rare moments in which small choices in dialogue had a small effect later in the game, but the noir-based universe in The Wolf Among Us made it ideal to expand character dialogue. For example, at times an NPC will take your response or your point and, in a sense, archive that moment in the conversation. You’ll see a notification in the top-left corner of the screen (i.e. “Mr. Toad has remembered [your response]”), but most importantly, your next encounter with that character will be based on your previous conversations.

Your relationships with characters will also vary according to which parts of the story you decide to play first. Because progression through The Wolf Among Us isn’t entirely linear, events within the world still occur regardless of your immediate location. In other words, Prince Charming’s going to have a word with you if you were tracking down a killer while he was getting mugged.

I definitely catch a sense of replayability. 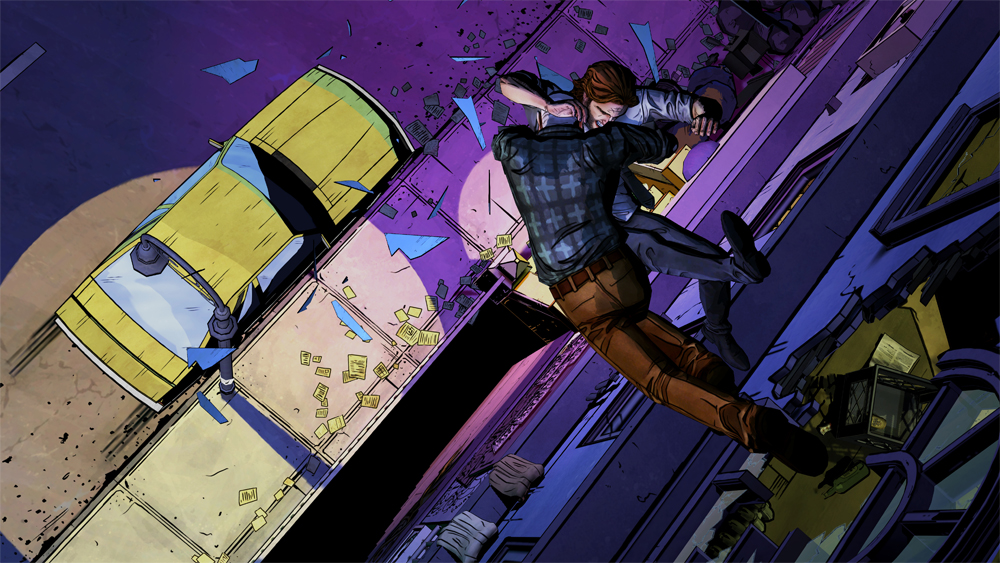 The other way in which The Wolf Among Us has gone a step beyond The Walking Dead is in the action scenes. The Walking Dead had a few instances in which your character had to react to a conflict by locking onto an on-screen object or mashing a button, but this was entirely linear. With The Wolf Among Us, Telltale has created a core gameplay that gives you choice in every scene.

I had to act fast to stay alive when confronting the Woodsman in his apartment, but I had a few moments to choose what object in the environment I used and which combat maneuver to employ. The greatest degree of intensity came after I had made the decision because I immediately wondered if my decision would resolve the conflict the soonest; this made me think I was getting closer to losing the battle. Varying combat scenes like these adds another layer of replayability and toys with players’ minds – something I’ve come to embrace in the game.

Bigby and the Woodsman made use of the environment to its fullest during their scuffle. Within a couple minutes, the place was ripped to shreds and splinters, but I was mostly scratch-free. I still could have gotten out alive if I took a beating, but the same characters I had spoken to earlier might be prompted to react to me differently. Mr. Toad might ask me, “What the frog happened to your face,” but let’s say I had given him a hard time earlier: perhaps he would just look at me and hold back his words. On top of that, Lenart also mentioned that the environments you’ve fought in will retain their wear and tear when you come back later.

To finally answer your burning question, yes, Bigby can take his Big Bad Wolf form during certain conflicts. Unfortunately, this was not possible during the demo due to its early setup in the story, though Lenart told us that there will be conflicts where going into wolf mode is recommended and times where Bibgy might want to hold back. Above all, there will be consequences for how you resolve conflicts.

The Release Among Us

The interactions, combat intensity, and beautiful blend of noir and comic book have got me excited for The Wolf Among Us. I’m curious to find out what abilities Bigby has when in Big Bad Wolf form and how the plot underlying the rich character interactions will play out.

Since Telltale Games has taken an approach to the storyline, characters, and visuals that resemble the comic series, I imagine Flables fans will want to check this game out.

Thankfully, we don’t have to wait for long since it releases on PC, Mac, Xbox 360, and Playstation 3 this Fall (no specific date or price-point has been announced).