Gearbox gives the Borderlands franchise, best known for its unique mix of FPS and RPG elements, a fresh look in the upcoming sequel; in five years since the first game, Handsome Jack has moved in with his Hyperion Corporation and taken over Pandora. It’s his goal to awaken an ancient power, known only as "The Warrior," hidden away somewhere on Pandora. Only the four new vault hunters (Maya, Zero, Axton, and Salvador) can use their special skills and relationships with the original four heroes to save the planet.

Co-operative play makes a huge return in Borderlands 2, as we'd expect. Four player splitscreen and online play ensures that we have every opportunity to take down all the baddies in our paths. With the new abilities ranging from Maya’s phaselock, which traps an enemy in another dimension, to Salvador’s dual-wielding ability, strategies are bound to change as new combinations become apparent. Playing through Borderlands 2 won't be as easy this time, we're promised, as there are stronger and even more psychotic enemies roaming about Pandora’s surface.

Teaming up with friends will now be even more rewarding with the added bonuses and challenges stuffed into the new game's co-op mode -- the most-needed addition, possibly, is the Quest Reset option: Falling behind friends in Borderlands 2 will be no problem - a new quest reset option allows players to backtrack and help out friends in their adventuring. 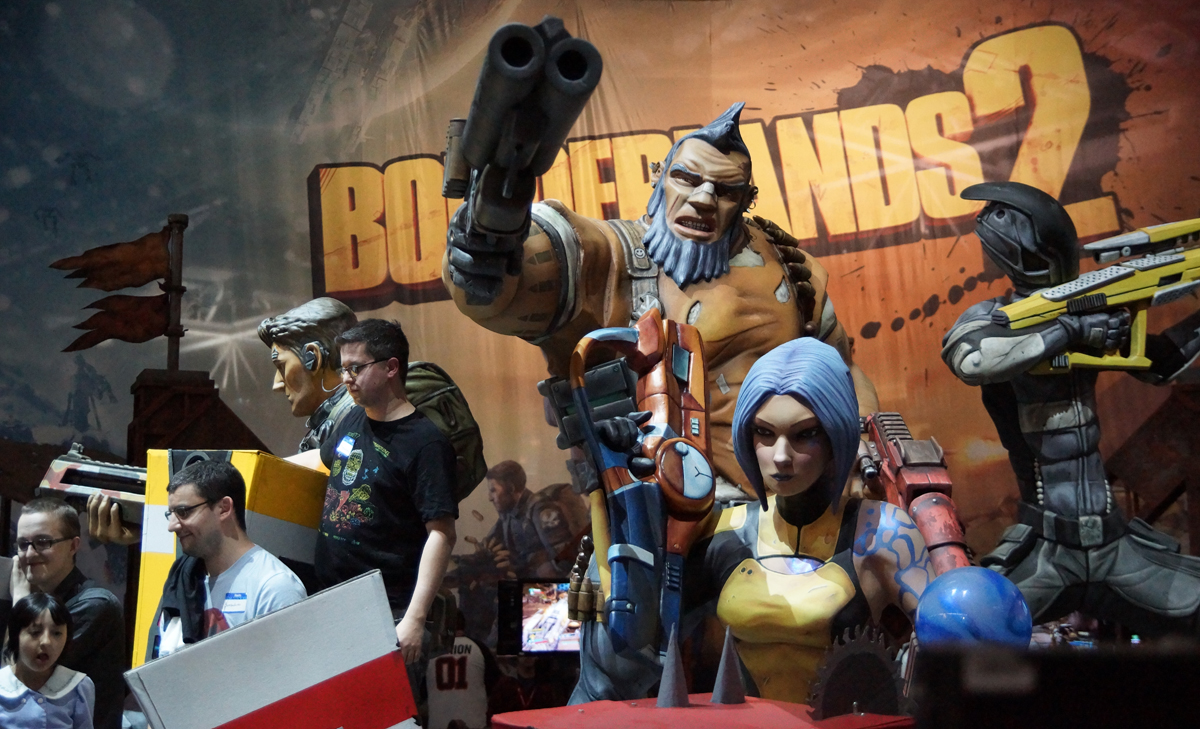 The gameplay of Borderlands has been finely tweaked and the missions have been fine-tuned a bit: Shooting from the hip is no longer as accurate as aiming down the sights; each character’s specializations will now better narrow-down your weapon selection; missions are no longer primarily composed of talking to faceless beings and then fetching an item of some sort, but are instead fully-voiced and story-driven, including branching paths and multi-layered quests. Each special ability has a huge impact on how playstyles and can be upgraded to suit player preferences, to the point of even changing the ability itself. For an easy example, you could change Zero’s “Deception” ability (which uses a decoy to escape a hairy situation) to boosting damage when you snipe a person the second before your ability wears off.

Split Screen and coop are making a return to the game but with one significant advantage: Players are now able to split the screen and still connect with someone online, which was impossible in the first game. This opens a whole new world for Gearbox and allows them to bring in a new audience. Other improvements include the sharpest engine to-date and the revamped quest system. 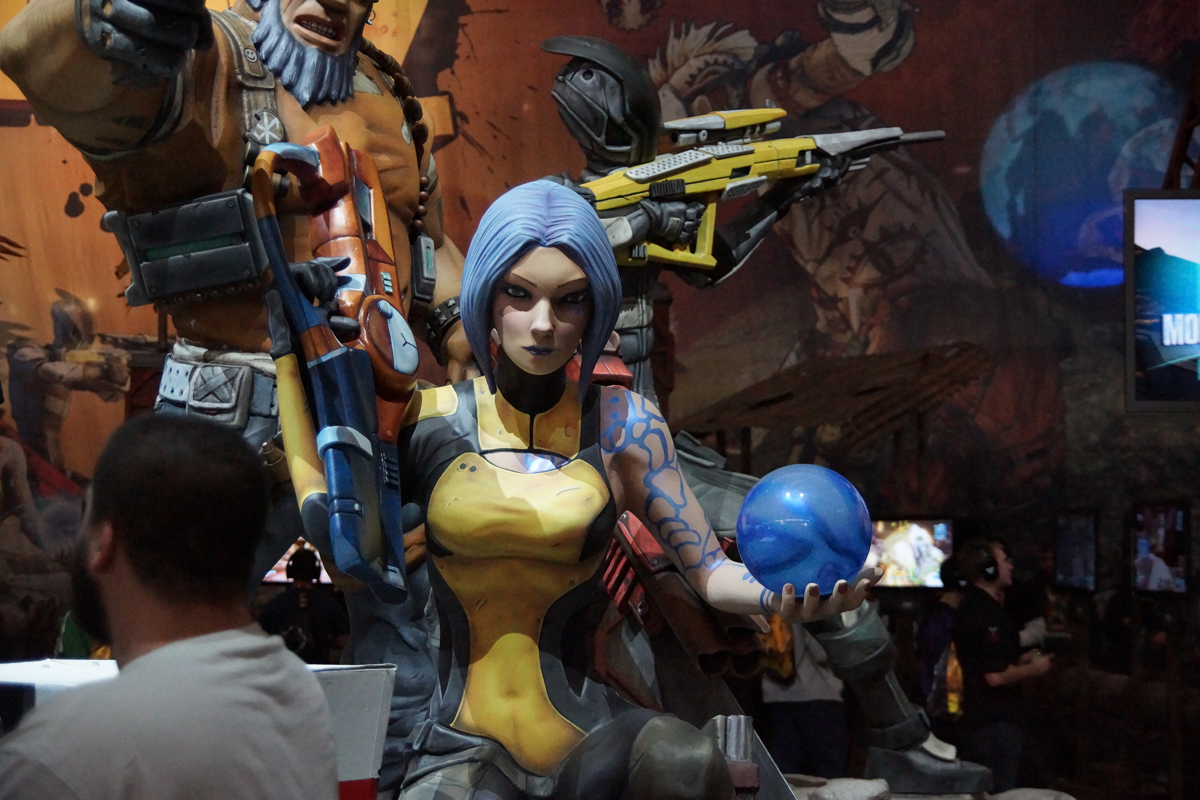 The creative director shows his pride with all of the new heroes; they aren’t silhouettes of the old heroes but brand new characters with their own strong abilities, while still staying relatable to the old ones. The new abilities include: Axton’s 360 degree aiming turret, Mayas Phaselock, Salvador’s gunzerker (dual wield) and Zero’s stealth and decoy ability (Deception). They each have their own personalities, each showing through use of skills, and as a result they help keep players rooted in the story.

Fans of the series need not worry, we were told, as Gearbox of Dallas, TX is working hard on borderlands 2 to make it a "humorous and fulfilling" endeavor for all gamers, casual and core alike. They did say, perhaps disappointingly for some of us, that there would be no dubstep in the game…menu. That doesn’t mean it doesn’t make an appearance!