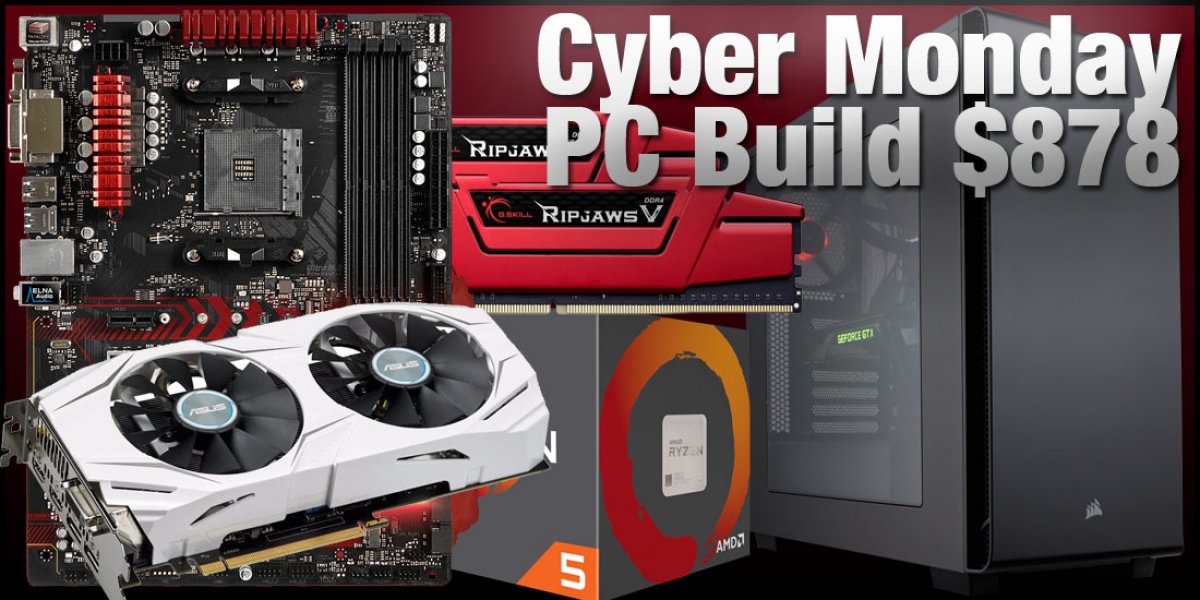 ASUS GTX 1060 3GB Dual: As we’ve stated many times already, GPU prices are tough right now; the price wave created from both mining and gamer demand has not yet crested. That said, this 1060 from ASUS is among the most competitive buys on the market, and we mentioned it in our recent Best GPU Sales guide. If you’re curious about 3GB vs. 6GB GTX 1060 performance, here’s a reference chart from our latest GPU round-up guide: 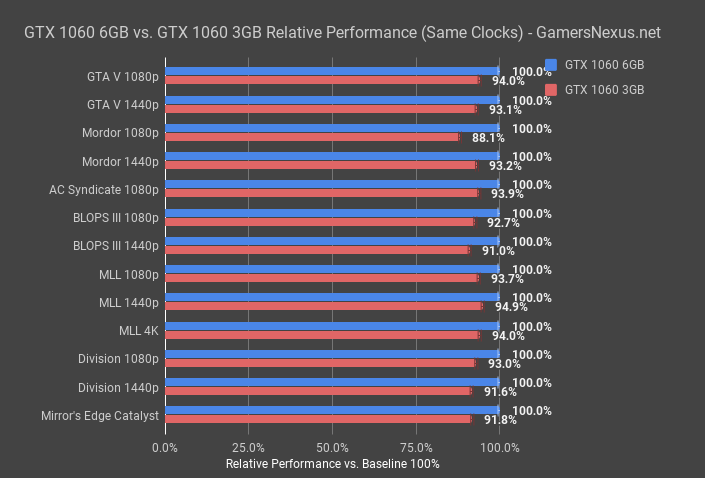 Corsair Hydro H105 240mm: This build guide presumes the intent of using the bundled Wraith Spire cooler included with the R5, but for those looking at liquid, this a particularly good buy. The Corsair H105 240mm variant is presently marked down to $90 from a list price of $130. Corsair has AM4 retention brackets over at their website. The cooler will help ensure higher overclocks, but make sure you’re positioning fans above the VRM to provide some airflow.

ASRock AB350 Pro 4: Normally listed at $90, this B350 option from ASRock is significantly discounted. The ASRock AB350 Gaming K4 is also on sale for $70, making for another good buy. The B350 chipset is a good alternative to X370 for those still wanting to do some mild overclocking, and run a single GPU gaming rig. We have an AM4 overclocking motherboards round-up, for those a little more serious.

G.SKILL Ripjaws V Series 16GB 3000MHz ($150): Perusing RAM “sales” presently is something akin to being kicked between the legs—any sales are actually just prices that are less gouge-y, and closer to MSRP. Thus, $150 for a 16GB (2x8, dual channel) at 3000MHz is what suffices for a deal this year. Be sure to check out our RAM Sales guide for any other potential sales that might have not yet expired.

Corsair CX450 ($20): For $20, users can pick up the 80-Plus Bronze rated, non-modular 450W CX450, from Corsair’s CX series of power supplies. This PSU is normally listed at $50, so a savings of $30 is pretty good. The CX line isn’t our favorite, but is certainly acceptable. For those looking for something slightly better, the EVGA SuperNOVA 650 G2 is also on sale for $70.

WD Blue 7200 RPM 1TB HDD ($50): The WD Blue is our earmarked choice for gaming/everyday mechanical storage. Used alongside any SSD to host the OS, it makes for cheap option for game or media storage. The WD Blue 1TB is presently $20 off the $70 list price, although it does routinely sell for less than that.

Corsair Carbide 270R ($45): We’ve recommended the Corsair 270R before, as the case won our Editor’s Choice award last year. A $45 sale price is one that is legitimately exciting, unlike some of the others (RAM, we’re looking at you). The Fractal Meshify C is another compelling option, also on sale for $70. The Meshify C was awarded “Best All-Around” in our recent Case Awards.

We have a budget, sub-$500 build coming up shortly, also for publication today. Check back in a few hours for that.