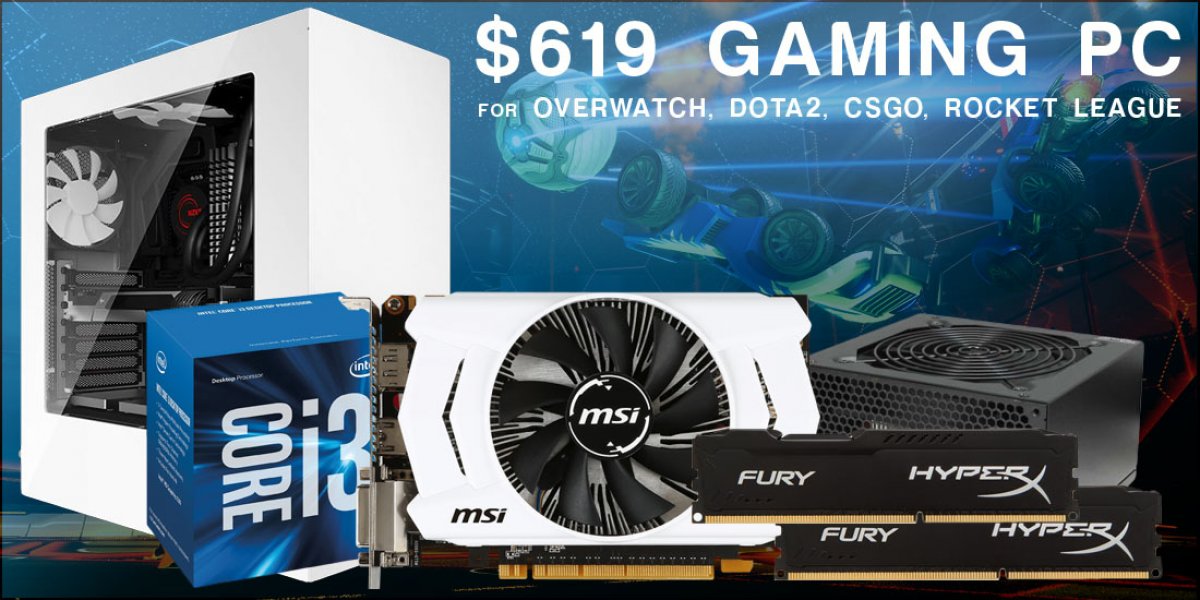 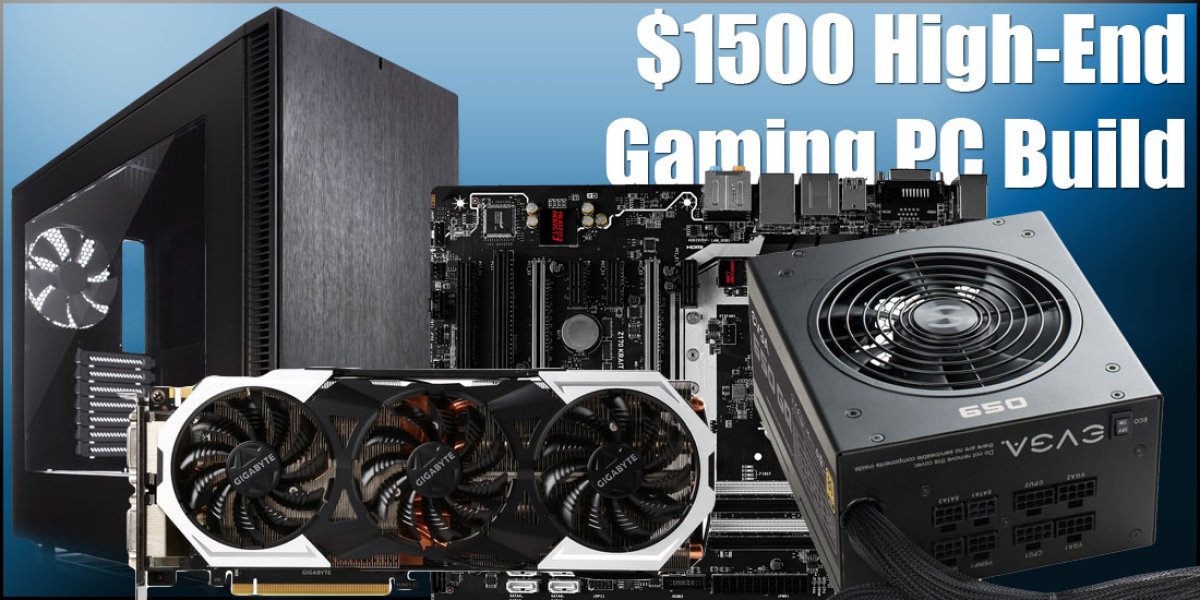 With CES just past, there’s a move in the market to introduce new computer hardware through Q1 and Q2, making for a prime buying time of existing stock.

For this PC build, we’ve chosen the price point of $1500 as it allows for the inclusion of a high-end GPU, CPU, and SSD without costing an arm, leg, and kidney. Then again, no one needs two kidneys when they have a high-end gaming PC, and arms are of negligible value as VR iterates.

This PC is primarily meant for high and ultra graphics at 1080p and 1440p, and should even be usable for low-load games at high and medium settings at 4K. The PC build uses the latest Intel Skylake i5, the i5-6600K, along with a GTX 980 Ti GPU. This combination allows for high-end performance and overclocking to push the system into the future. 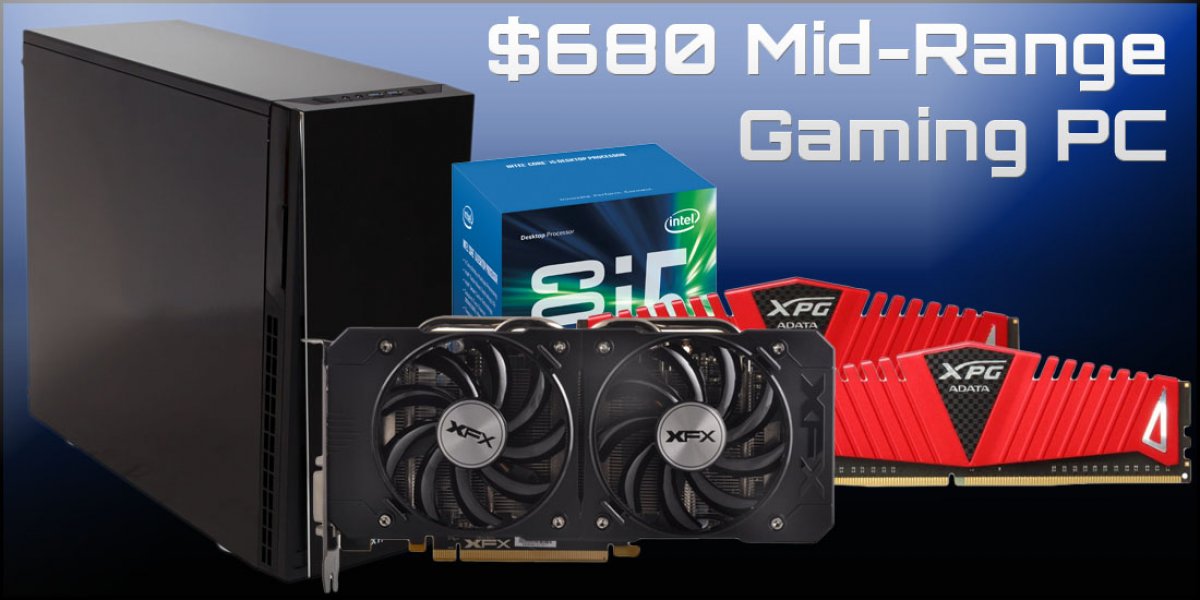 The launch of Just Cause 3, Star Wars Battlefront, Fallout 4, and all the other season’s games have spurred-on new system builds. We’re one of the only teams to have tested each of those games on GPUs and CPUs, all found here, and we’ve compiled that hands-on knowledge into a mid-range gaming PC capable of playing all the above.

This PC build will allow for stable performance at 1080p, but higher resolutions like 1440p (and definitely 4K) will require a higher-end PC. That being said, for a budget-to-mid-range gaming PC, this configuration will perform well without breaking the bank.

Our below $700 gaming PC uses an i5-6600 and an AMD R9 380 to create a budget-friendly and fairly powerful combination that will generally allow for games at 1080p, 60FPS. Assassin’s Creed Syndicate will give the 380 some trouble, but other current titles are more than playable on the R9 380. We’d expect reasonable settings for games even into the upcoming years. 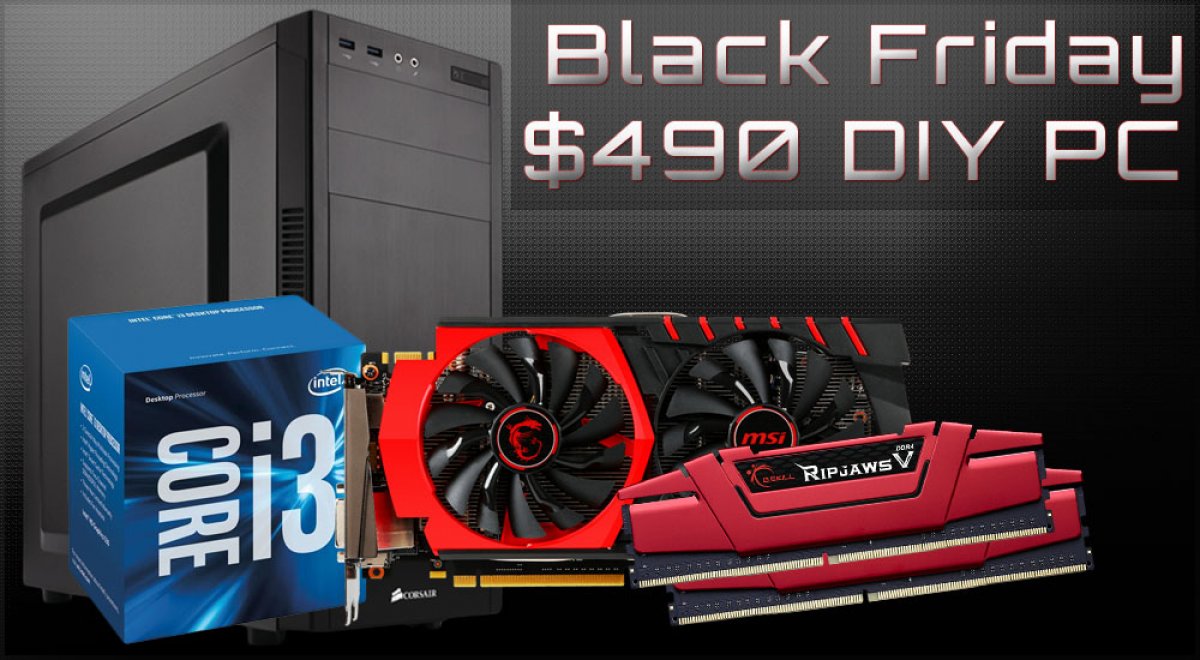 We just leveraged the season's sales to restock GN's lab with test equipment – mostly SSDs and CPUs – and took the opportunity to throw together a budget gaming PC. The goal was to create a truly down-the-center machine, capable of playing most modern games at high settings with an FPS target of 60+ (at 1080p). A few outliers exist that would stress this system beyond its limits, like Assassin's Creed Syndicate, but the rest of the season's titles are mostly within reason. Fallout 4 is playable on the GTX 950 (at higher settings now, with optimization patches), as are Battlefront (tested) and Black Ops 3 (tested). We've also recently shown the i3 CPUs to retain fiercely competitive market positioning at ultra/1080p settings.

Intel's new i3-6100 Skylake CPU is currently the only available i3 SKU (i3-6300 ships in December), but at $130, it's also the cheapest Skylake SKU. This budget gaming PC build uses an i3-6100 and GTX 950 to play games at under $500, including Battlefront, Black Ops 3, and Fallout 4. Fallout 4, surprisingly, will be the most abusive of the lot – but it's fully playable on this setup at a mix of medium/high settings. 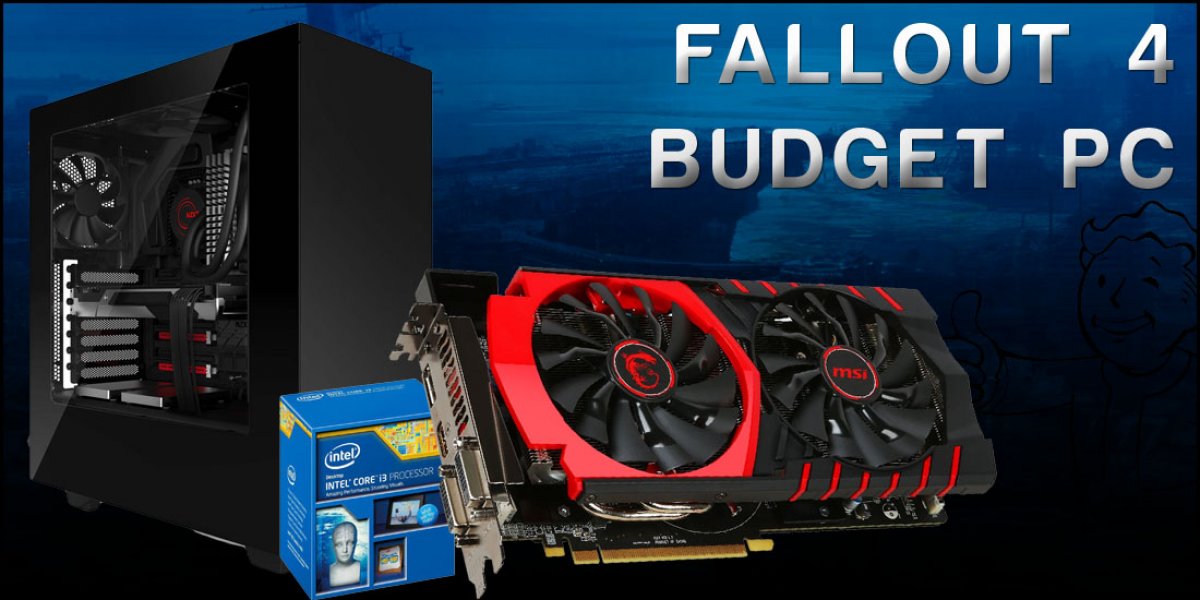