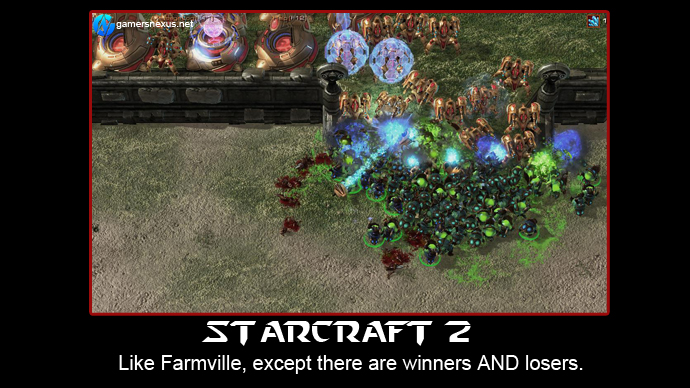 You might be wondering: "Well, System. If you are so smart then why don’t you tell us what a REAL gamer is? You elitest douchebag!" I would happily explain it, and I accept your compliments. It is important to note that I graduated with a Masters in Swearing and have a minor in bullshit. According to the dictionary, a gamer is a one who plays games or gambles. Unfortunately, the dictionary's accuracy is lost when it comes to subcultures. Our subculture has three main groups when it comes to gaming: The Konsole Kids, vampire gamers, and hardcore gamers.

Most Konsole Kids own a console purely because it is the “cool” thing to have. These gamers are easily swayed into buying games and are oft confused with zombies, as neither has knowledge of the hardware involved - they only want blood. Not all console owners are like this, granted, but the true 'fanboys' are nothing more. They make no attempt to understand the type of work that goes into a game. Despite outright negligence, the 'Konsole Kids' are often infuriatingly knowledgeable about maps and weapon combos.

Vampire gamers are the most hated amongst the realm that is PC gaming. We call them ‘vampire’ because these are the basement dwelling creatures who are as pale as vanilla ice cream. If they were to expose themselves to the sun, they would turn to ash. These gamers are the ones who play MMORPGs. These creatures of the dark immerse themselves in the lore of the games they play. These are the gamers who know how the evil villain started out, where he got his main weapon, and how many innocent souls were devoured before the forging of the blade was completed. These are the people who will sit in one spot for hours upon hours just to wait for some special enemy to spawn so they can kill it just so it will drop a random item that will increase his skill by +2. As much as I hate to say this, these whales of the darkness are gamers. They know the backstory of the game, they have a lot of knowledge about the world they are in, and they have an extensive knowledge on the enemies they face. 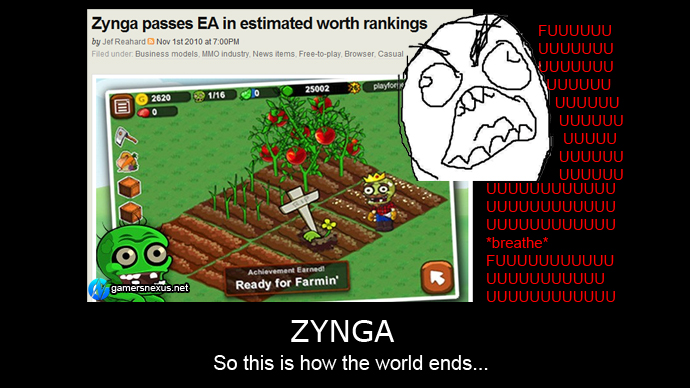 A hardcore gamer usually has a PC and a console - whether they are age-old or next-gen. What makes them hardcore? No matter what controller they have - be it a mouse and keyboard, a joystick, or a gamepad, these guys can raep [sic] some face. They also delve into the world of case and game modding. The love of the game fuels their modding, skinning, level design, and otherwise 'hardcore' abilities that set them apart. Most modding will be done on the PC because, let's face it, there are tons of PC games out there that support modding and level design. These gamers are well-rounded in genres as well: RPG, RTS, FPS, MMORPG, they can do it all.

It's difficult to say where these special non-gamers fit in. Usually I would attempt to BS my way as eloquently as possible, but I foresee no clear path out. The very thought of calling these people ‘gamers’ puts a bad taste in my mouth, almost as bad as liver or day-old sushi. Lell asked me to try and work them into a gaming category, but I cannot. The very thought of equating them to any of us gamers makes my blood boil! Almost as much as people who tell me that Metallica’s best album was Saint Anger. Gaming on facebook and similar sites is sacrilege, I say! SACRILEGE! These people are not gamers, nor have they earned the title of ‘Gamer.’ These people are just social networkers, let’s call them Socies - not to be accidentally confused with sociopaths (or is it?). Hopefully if we ignore them for long enough they will get the hint and leave the real gaming to us.

One word sums up my feelings toward the non-gamers: RAAAAAAAAAGE!