Cooler Master SL600M Review: Both the Best & Worst in Cooling

The Cooler Master SL600M was one of the most promising cases we saw at Computex 2018, using CM’s now-familiar 200mm fans in a bottom-to-top airflow configuration. Although the “chimney effect” and “stack effect” are genuine insofar as their physical existence, the usefulness of natural convection processes fades when confronted with high CFM, directional fans. Hot air does rise, of course, but air blasted through a fan goes wherever you want it. In this regard, we are not firm believers in the “chimney effect” as a marketing characteristic for computer cases -- not unless those are passively cooled, anyway -- even still, the last case we tested with a similar configuration was the RV02, which remains one of the best cases we’ve tested thermally.

These improvements are for other reasons, not because the heat is rising. It’s because the air path is superior, and placing several large fans at the bottom of a case (given sufficient distance from the table) can cool parts faster. The path to the GPU is shorter, and so cooler air is hitting the video card fans faster.

Cooler Master’s SL600M ends up at around $200, and enters a market with more competitors at its price class than is typical: The NZXT H700i, Cooler Master’s own H500M (or H500P Mesh), and the Phanteks Evolv X are all relatively recent contenders in this arena.

The Phanteks Evolv X has gotten a lot of praise lately. We had to wait for one of our readers/viewers to spare a unit (thanks, Kris!) so that we could run the Evolv X through our full suite of tests. The Evolv X is primarily interesting for its dual-system expansion capabilities, wherein the Revolt X PSU can be used to power two systems jointly. Phanteks is selling its Evolv X for $200 base, $465 for the combo with the Revolt X and ITX mounting plate, and is also selling several accessories for added cost (like SSD sleds, for instance). Phanteks has been unable to accommodate a meeting with us the past four times that we've tried, so we figured we'd source the case separately and review it. We're not sure if it's a lack of confidence in its products, but we wanted to find out.

Intel’s i9-9900K’s most boasted feature in all marketing is its solder, so we decided to test thermals with the new soldered interface, then delid the CPU and put thermal paste back on it for more testing. It’s backwards from what we typically do (which is removing paste for liquid metal), so we’ll be looking at soldered vs. paste tests, gaming benchmarks, Blender workloads, overclocking, and livestreaming benchmarks in our review of the i9-9900K today. Benchmarks include comparative testing versus the Intel i7-8700K, AMD R7 2700 (and overclocked/2700X variant), R7 1700, i9-7900X, 7960X, and more. The full list of primarily featured CPUs is below. 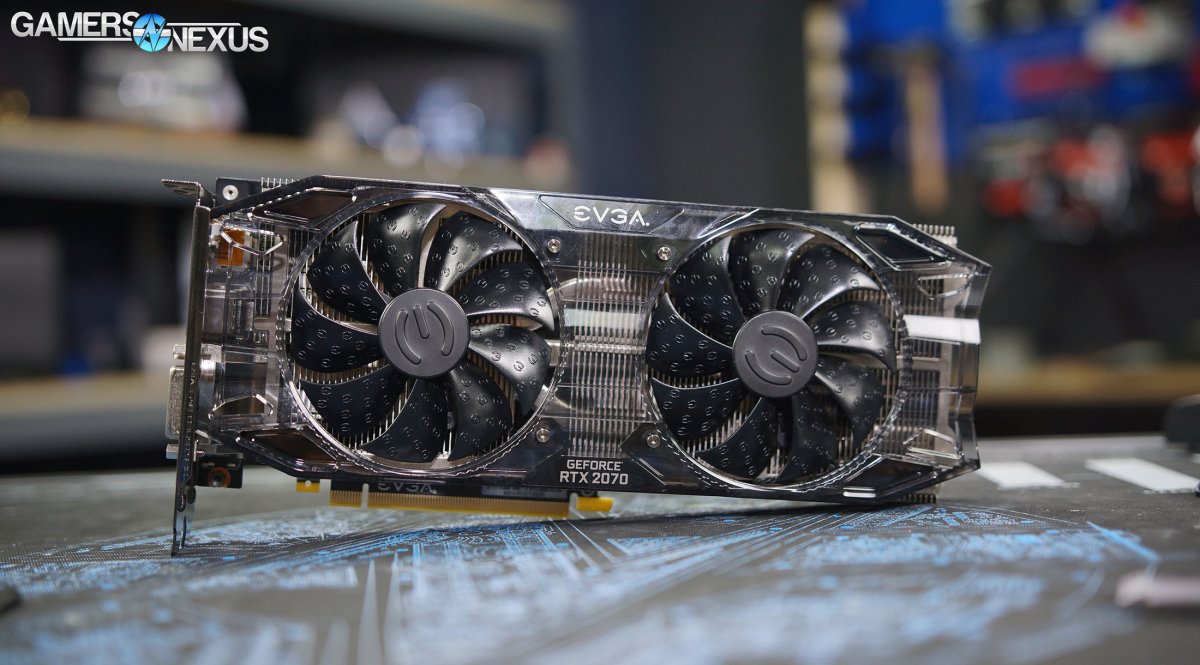 This review has been a long time coming, since testing coincided with the busiest part of our office move. We last mentioned the Ophion (and the larger Ophion Evo) in our June roundup of the best cases at Computex. The impression we got back then was that the tempered glass was for show and that Raijintek was considering better-ventilated side panels for the release version. There have been some changes made, but they’re not quite what we expected.

Fractal’s newest case officially released under the name of “Define S2,” but our review has been slightly delayed by the office turning into an overclocking war zone. Fractal has hit a comfortable stride with their cases. The S2 is a successor to the Define S, but to all appearances it’s almost exactly the same as the Define R6, which we reviewed about a year ago. That’s not necessarily a bad thing, though: the R6 is a good case and received praise from us for its high build quality and stout form factor.

The Fractal Define S2 case is the R6, ultimately, just with a lot of parts removed. It’s a stripped-down version of the R6 with some optional reservoir mounts and a new front panel, with rough equivalence in MSRP and ~$10 to ~$50 differences in street price. The R6 and S2 are the most direct competitors for each other, so if choosing specifically between these two, Fractal can’t lose. There are, of course, many good cases in the $150 price range, but the R6 and S2 most immediately contend with one another.

We reviewed the behemoth Cooler Master Cosmos C700P almost exactly a year ago, and now CM is back with the even heavier 51.6lb C700M. Like the H500M versus the H500P, this is a higher-end and more expensive model being added to a family of cases rather than replacing them. The new flagship has a few upgrades over the original, but it retains the same basic look with pairs of big aluminum rails at the top and bottom and dual-curved side panels.

Cooler Master’s C700M is very much a halo product, but our review of the C700M will focus on build quality, thermals, acoustics, and cable management. Ultimately, this is a showpiece -- it’s something one might buy because they can afford it, and that’s good enough reason. We will still be reviewing the Cooler Master C700M on its practical merits as an enclosure, as always, but are also taking into consideration its status as a halo product -- that is, something from which features will be pulled to the low-end later.

It’s more “RTX OFF” than “RTX ON,” at the moment. The sum of games that include RTX-ready features on launch is 0. The number of tech demos is growing by the hour – the final hours – but tech demos don’t count. It’s impressive to see what nVidia is doing in its “Asteroids” mesh shading and LOD demonstration. It is also impressive to see the Star Wars demo in real-time (although we have no camera manipulation, oddly, which is suspect). Neither of these, unfortunately, are playable games, and the users for whom the RTX cards are presumably made are gamers. You could then argue that nVidia’s Final Fantasy XV benchmark demo, which does feature RTX options, is a “real game” with the technology – except that the demo is utterly, completely untrustworthy, even though it had some of its issues resolved previously (but not all – culling is still dismal).

And so we’re left with RTX OFF at present, which leaves us with a focus primarily upon “normal” games, thermals, noise, overclocking on the RTX 2080 Founders Edition, and rasterization.

We don’t review products based on promises. It’s cool that nVidia wants to push for new features. It was also cool that AMD did with Vega, but we don’t cut slack for features that are unusable by the consumer.

The new nVidia RTX 2080 and RTX 2080 Ti reviews launch today, with cards launching tomorrow, and we have standalone benchmarks going live for both the RTX 2080 Founders Edition and RTX 2080 Ti Founders Edition. Additional reviews of EVGA’s XC Ultra and ASUS’ Strix will go live this week, with an overclocking livestream starting tonight (9/19) at around 6-7PM EST starting time. In the meantime, we’re here to start our review series with the RTX 2080 FE card.