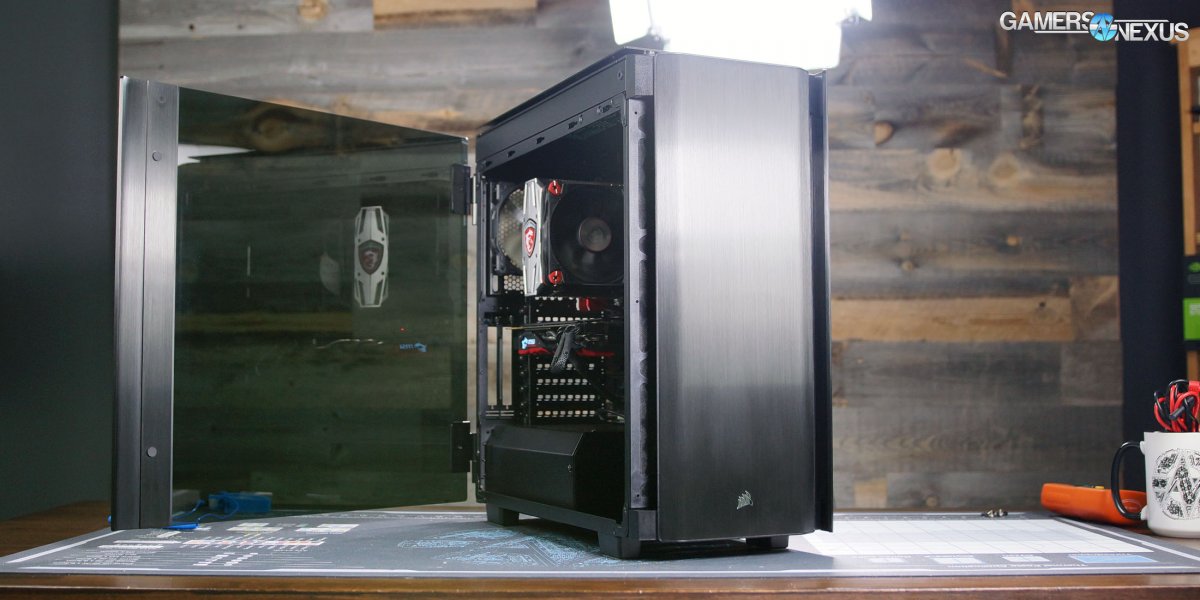 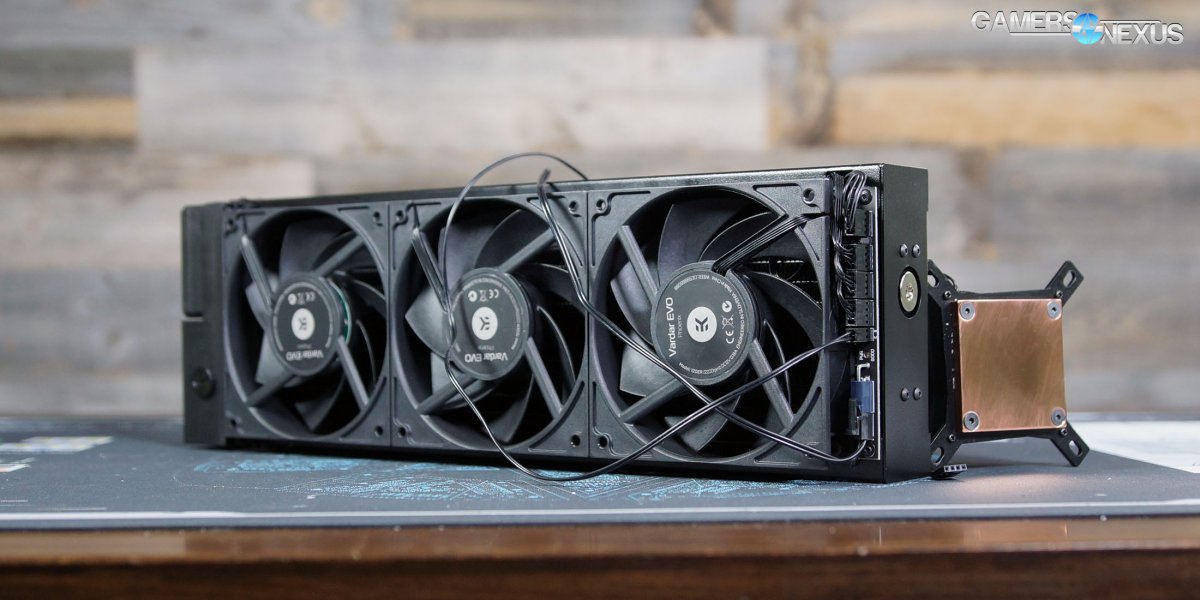 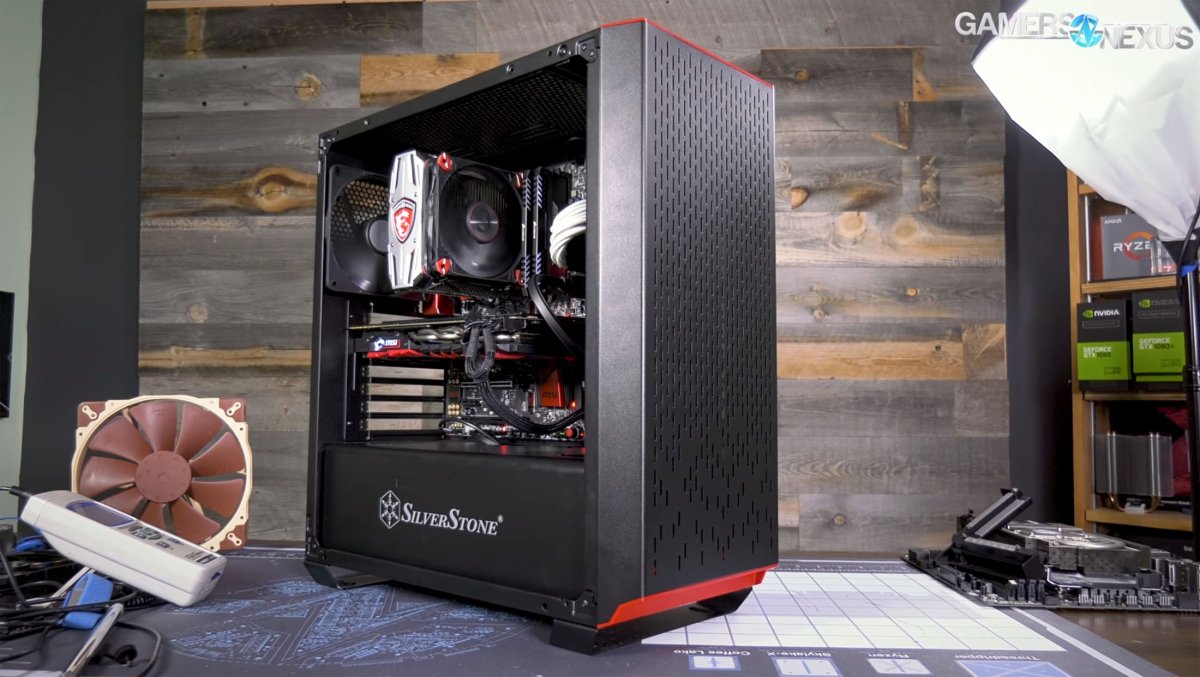 The PM02 is the successor to Silverstone’s Primera 01, a case we’ve often referenced but have never fully reviewed. As Silverstone points out on their site, Primera is Spanish for “first,” so please take a quiet moment to appreciate the name “Primera 02.” This (still) isn’t a review of the PM01, but since it will continue to be sold alongside the PM02 (~$140), we took this opportunity to do some testing and make a close comparison. The original Primera should be a familiar sight to anyone that’s seen our render rig or the community-funded gift PC from a few months ago. Because the two cases seen in those videos are being used, we acquired yet another for this article--we like the 01 a lot.

This review will benchmark the SilverStone PM01 vs. the PM02 and RL06 airflow PCs, with additional testing conducted across other popular on-market cases, including the H500P. 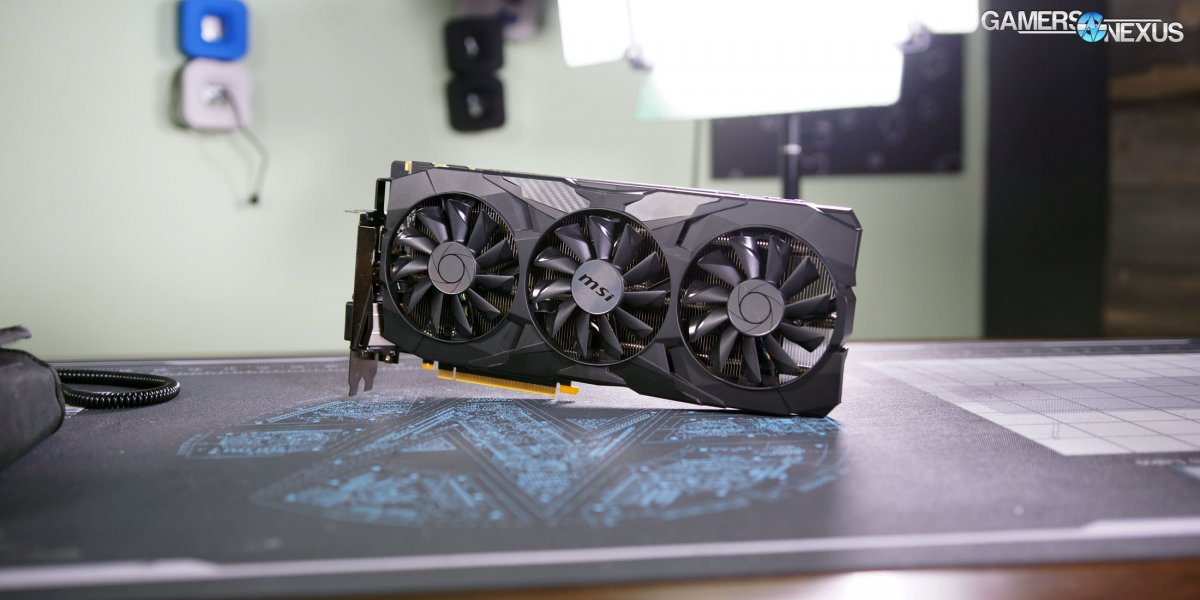 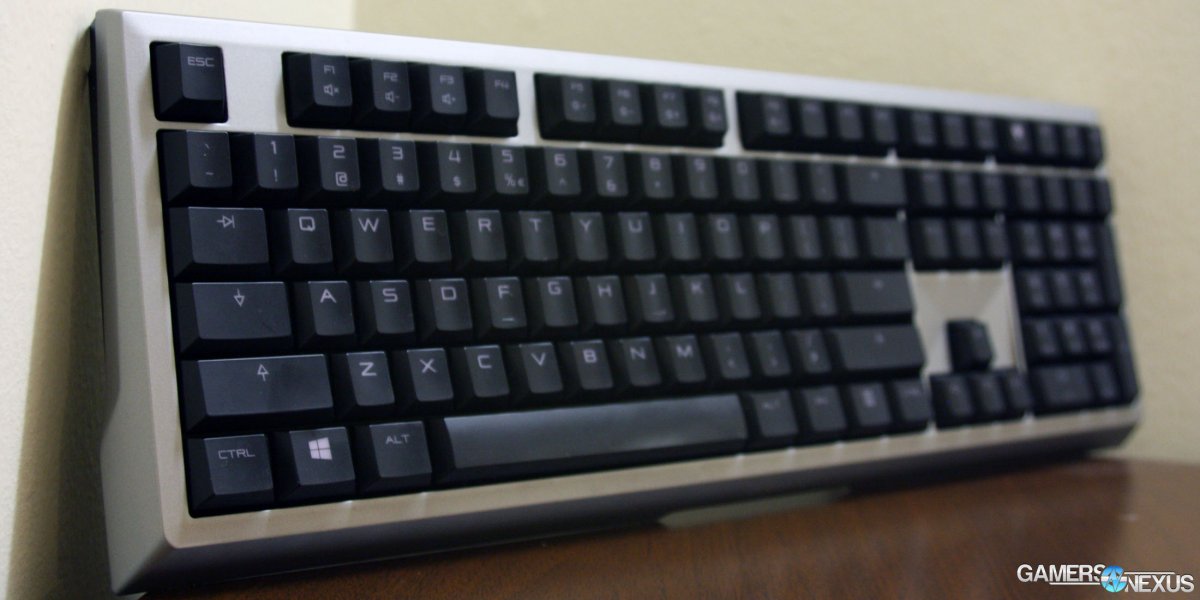 Lian Li is known more for unusual cases -- enclosures shaped like yachts, trains, or desks -- rather than more practical everyday midtowers, but the new Alpha 550 ($190-$220) and Alpha 330 ($100) cases may change that. This is our second attempt at reviewing the Alpha: the first review sample came with no side panel and a box of free diamonds, courtesy of the shipping service. We’re reviewing the second one today, a shiny new Alpha 550X, and will be looking at thermals, noise, and build quality, with comparisons to the Alpha 330.

The Cougar Conquer is an open-air case with a unique design that’s already attracted a lot of attention. We’ve reported on Cougar products in the past and reviewed their budget 200K keyboard back in 2015, but this is the first hands-on experience we’ve had with one of their enclosures. Cougar gets some points by default for managing to ship a glass-panelled case from Asia without anything shattering, unlike another case we received (review coming soon).

The Conquer is a huge case. It’s easy to underestimate its size in pictures because of its unusual shape, but it’s large enough to easily fit a full ATX board at a diagonal, making it both taller and wider than standard cases. The vast majority of the chassis is constructed from 5mm thick aluminum and both sides are tempered glass, making it much heavier than the skeletal frame implies. It’s technically an open air chassis, but with a case-like frame, providing mounting points for several fans.

We never bothered to review Fractal’s popular Define R5--by the time we got a chance, it was already old news. Since the R5’s release, we’ve reviewed both the Define C (and Meshify C) and given them very high marks. Now, the R5’s successor is here, ready for 2017 with a full PSU shroud and a tempered glass side panel. There are no LEDs, though, so we must all mourn.

OK, mourning over. This Fractal Define R6 review looks at build quality, thermal and acoustic performance, and cable management features. This enclosure is one of the few to impress us in the last few months, given the prevalence of cases like the Bitfenix Enso, and we found the R6’s build quality to be even better than the already-liked Define/Meshify C.

EVGA X299 DARK Motherboard Thermal Review: Someone Finally Gets It

Recapping our previous X299 VRM thermal coverage, we found the ASUS X299 Rampage Extreme motherboard to operate against its throttle point when pushing higher overclocks (>4GHz) on the i9-7980XE CPU. The conclusion of that content was, ultimately, that ASUS wasn’t necessarily at fault, but that we must ask whether it is reasonable to assume such a board can take the 500-600W throughput of an overclocked 7980XE CPU. EVGA has now arrived on the scene with its X299 DARK motherboard, which is seemingly the first motherboard of this year to use a fully finned VRM heatsink in a non-WS board. Our EVGA X299 DARK review will initially look at temperatures and VRM throttling on the board, and ultimately look into how much the heatsink design impacts performance.

EVGA went crazy with its X299 DARK motherboard. The craziest thing they did, evidently, was add a real heatsink to it: The heatsink has actual fins, through which a heatpipe routes toward the IO and into another large aluminum block, which is decidedly less finned. The tiny fans on top of the board look a little silly, but we also found them to be unnecessary in most use cases: Just having a real heatsink gets the board far enough, it turns out, and the brilliance of the PCH fan is that it pushes air through M.2 slots and the heatsink near the IO.

EVGA’s X299 DARK motherboard uses some brilliant designs, but also stuff that’s pretty basic. A heatsink with fins, for one, is about as obvious as it gets: More surface area means more spread of heat, and also means fans can more readily dissipate that heat. The extra four phases on the motherboard further support EVGA in dissipating heat over a wider area. EVGA individually places thermal pads on each MOSFET rather than use a large strip, which is mostly just good attention to detail; theoretically, this does improve the cooling performance, but it is not necessarily measurable. Two fans sit atop the heatsink and run upwards of 10,000RPM, with a third, larger fan located over the PCH. The PCH only consumes a few watts and has no need for active cooling, but the fan is located in such a way that (A) it’s larger, and therefore quieter and more effective, and (B) it can push air down the M.2 chamber for active cooling, then force that air into the IO shroud. A second half of the VRM heatsink (connected via heatpipe to the finned sink) is hidden under the shroud, through which the airflow from the PCH fan may flow. That’s exhausted out of the IO shield. Making a 90-degree turn does mean losing about 30% pressure, and the heatsink is far away from the PCH, but it’s enough to get heat out of the hotbox that the shroud creates.

Here's an example of what clock throttling looks like when encountering VRM temperature limits, as demonstrated in our Rampage VI Extreme content:

Be Quiet! Dark Base 700 Case Review